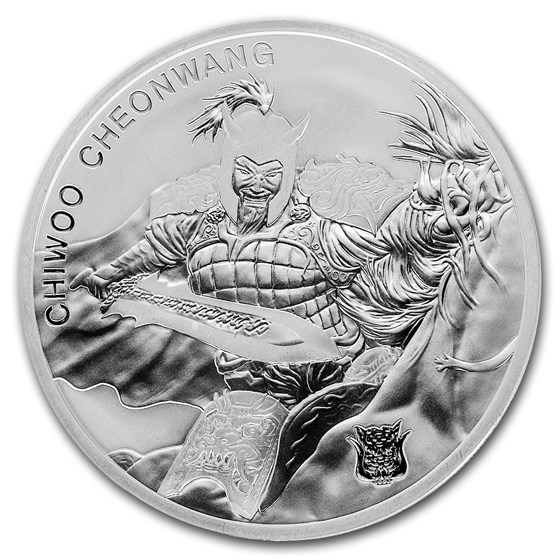 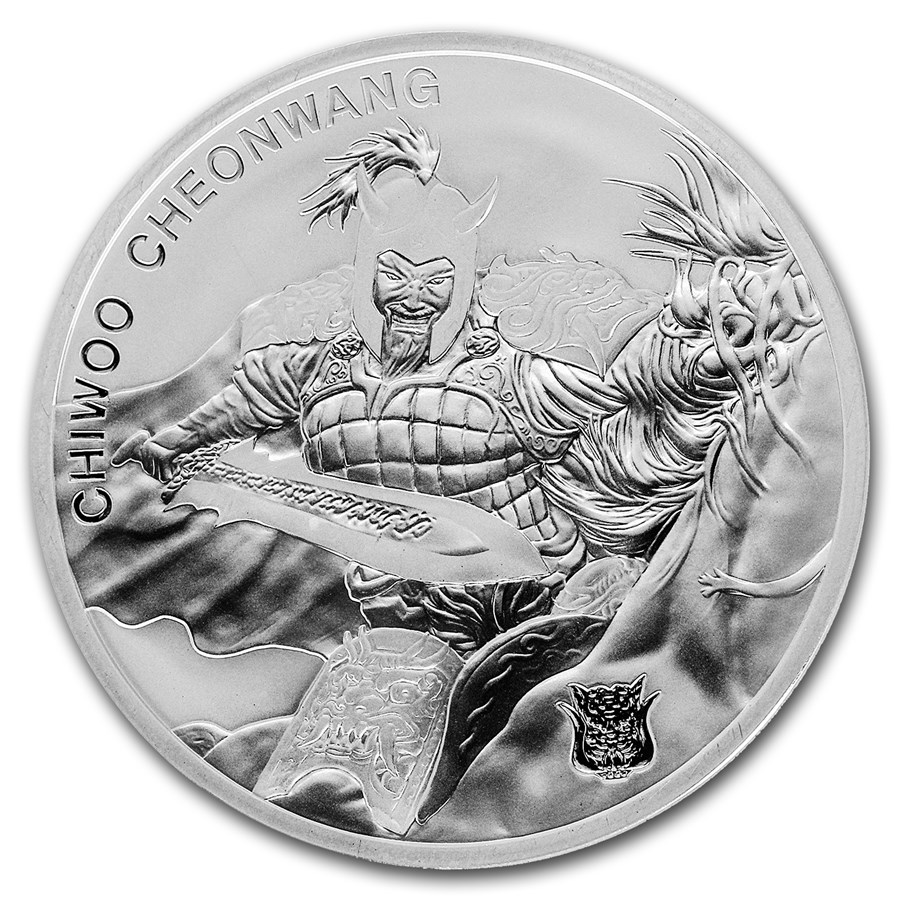 $59.99
Any Quantity
Product Details
Product Details
The year 2018 marks the third release of the highly sought after Chiwoo Silver bullion series. This special release is now available with a Scrofa privy and has a low mintage of 25,000 units.

KOMSCO, the official mint of South Korea, chose this historical figure to celebrate on the country’s first-ever Silver bullion series. Chiwoo Cheonwang is revered in Chinese and Korean cultures for both his historical feats and the folklore tales attributed to him.

Don't miss the chance of owning the third release of Korea's successful Silver medal bullion series. Add one of these Korean 1 oz Silver medals to your cart today!

In 2016, KOMSCO introduced the 1 oz Silver Chiwoo Cheonwang Medal, honoring this legendary figure. The Silver medal saw immediate widespread appeal for its .999 fine Silver content, unique design and exceptionally detailed finish. Only 30,000 of these medals were produced in the first year of issue with just 50% of that available outside of South Korea.

Scrofa is one of the Twelve Guardians assigned to protect the twelve directions in Korean culture. Scrofa protects and guides the sacred Salt-Lake created by the gods of sun, moon and start. The Salt-Lake is a divine passage connecting two worlds between mortals and immortals. It is an embodiment of people's desperate hope, wish, and unchanging faith for a peaceful world. Scrofa has five senses to detect evil forces from afar and when the demons targeting Salt-Lake show up, Scrofa crunches them fiercely with the "Art of the Doppelganger".

Obverse and Reverse both are immensely satisfying. Worth collecting of the Korean medals. Beware, this is not a coin, so I don't think its legal tender.