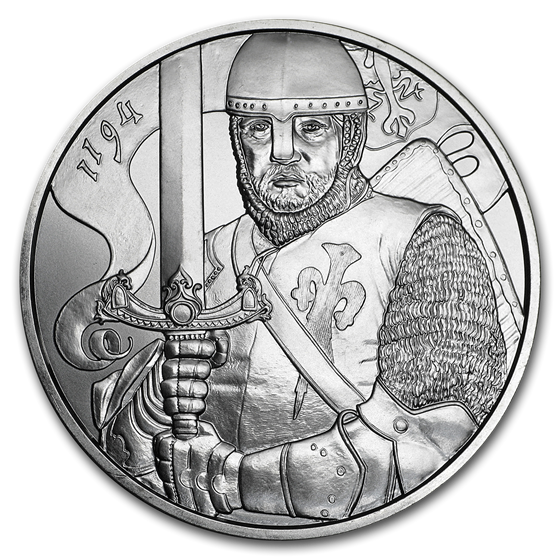 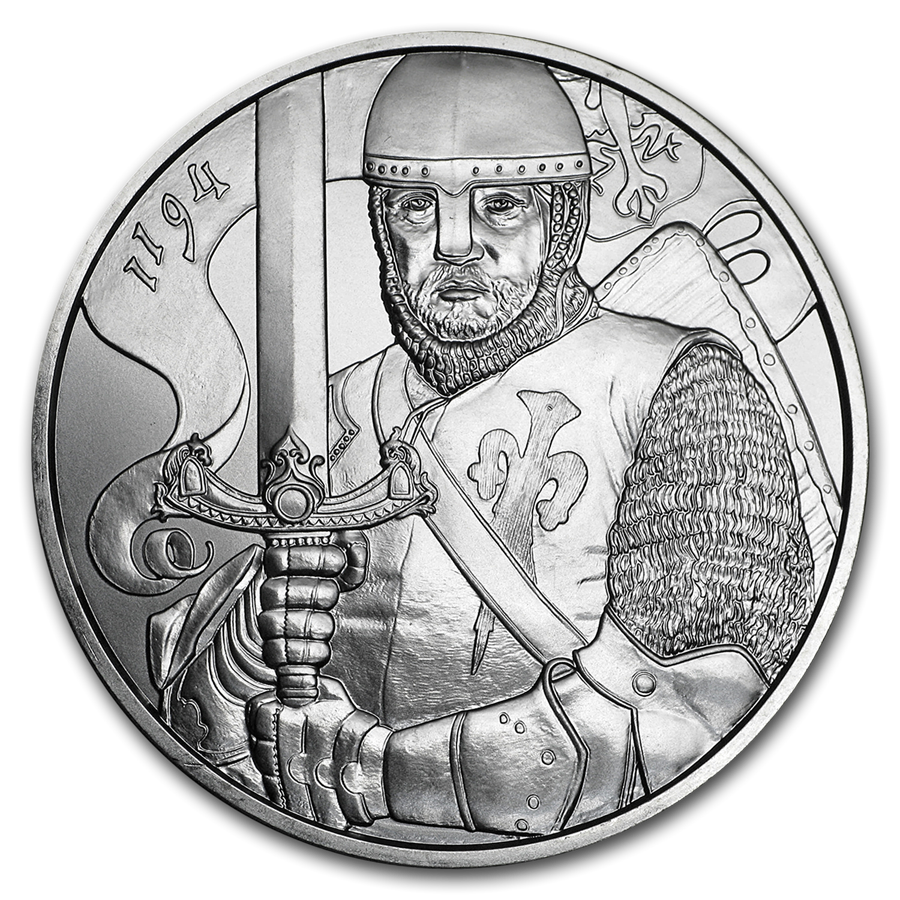 Your purchase will match the quality of the product shown.
Product Details
Product Details
This brilliant new Anniversary three-coin series from the Austrian Mint beautifully illustrates the founding of the Vienna Mint and helps recreate the fascinating story.

In 1191, two crusaders, Duke Leopold V of Austria and King Richard ‘The Lionheart’ of England, got into an argument during the capture of the city of Acre. In December 1192, on his way back home from the Holy Land, Richard was taken prisoner by Leopold on the outskirts of Vienna. The huge ransom in Silver, which Leopold managed to extort from the English people in return for Richard’s release, led to the origin of the legend of Robin Hood. Leopold used the Silver to found both the stronghold of Wiener Neustadt and the original Mint in Vienna.
Coin Highlights:
This coin is a fantastic addition to any historic collection. Add this 2019 Silver 825th Anniversary of the Austrian Mint BU coin to your cart today!

Next releases include Wiener Neustadt and Robin Hood.

I am only a few months into purchasing silver. This along with the other coin in the series are both attractive and arrived in good condition. However within a few weeks of owning they have the first coins I have owned which begun developing a kind of milk spotting, developing a haze across the coins. I have not touched them so disappointed they will only be ever worth their weight.

Had to see this coin in the real, not at all disappointed!

Beautiful coin and design is better in person!

Really like the history behind the coin. Interesting they are only 37mm. I bought 3 all were great quality! Like the mintage is only 100k. I do recommend this coin.

Not my favorite acquisition

I purchased this coin for its low mintage and the history it commemorates. It's an attractive coin in design and execution; unfortunately, the mirror shine is marred by a small but perceptible dent on the reverse. "Poor condition" is an overstatement, but is the closest thing to a fitting "con" on the APMEX side of things. The edge of the coin is also flat (as opposed to a bezel), giving it the feel of a round instead of a coin.