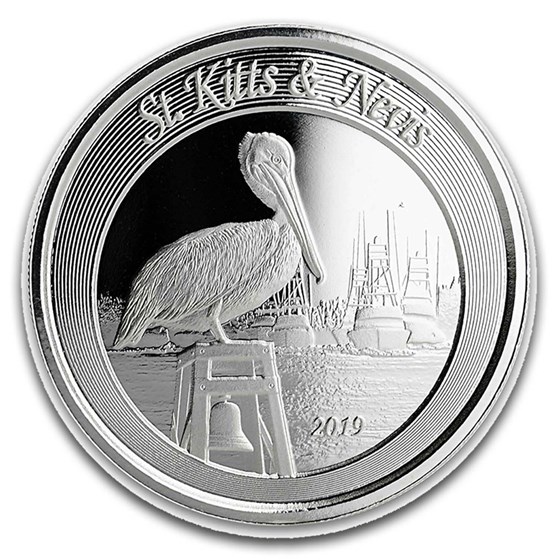 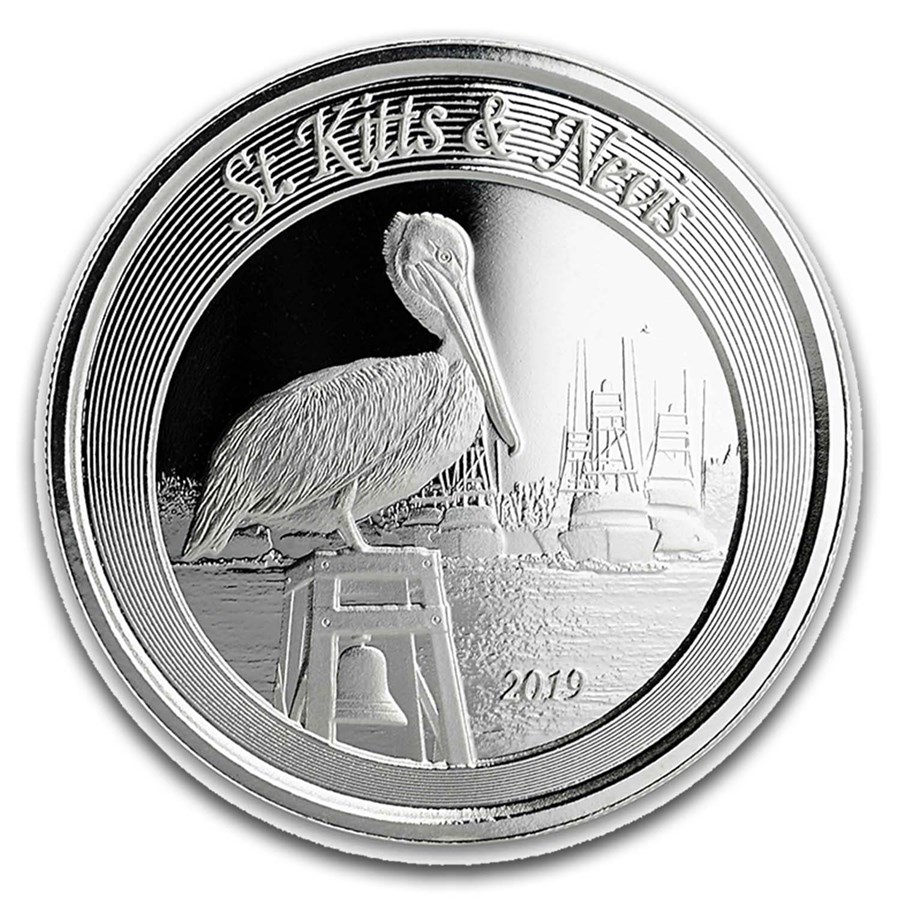 Your purchase will match the quality of the product shown.
Product Details
Product Details
The Brown Pelican is back for 2019, as the second issue in the EC8 coin program. Issued from the country of St. Kitts and Nevis, this coin features the national bird, the elegant Brown Pelican, sitting on a buoy with boats in the distance.

The EC8 (Eastern Caribbean Bank) program will consist of four coins minted in 2019 on behalf of each of the eight Caribbean island members that comprise the ECCB - Anguilla, Antigua and Barbuda, Commonwealth of Dominica, Grenada, Montserrat, Saint Kitts and Nevis, Saint Lucia, and Saint Vincent and the Grenadines. The ECCB is the official issuer of the Eastern Caribbean Dollar, the Currency of the EC8 2019 Coin Program.

Collect a piece of history from each of the beautiful Caribbean Islands. Add this St. Kitts and Nevis Brown Pelican BU to your cart today!

IMO, this series is a far better value than comparable Canadian series, with superior artwork and very near the same quality for 1/2 to 2/3 the cost.