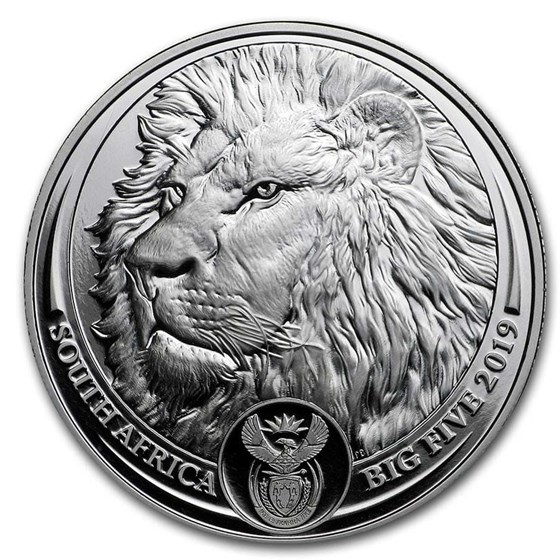 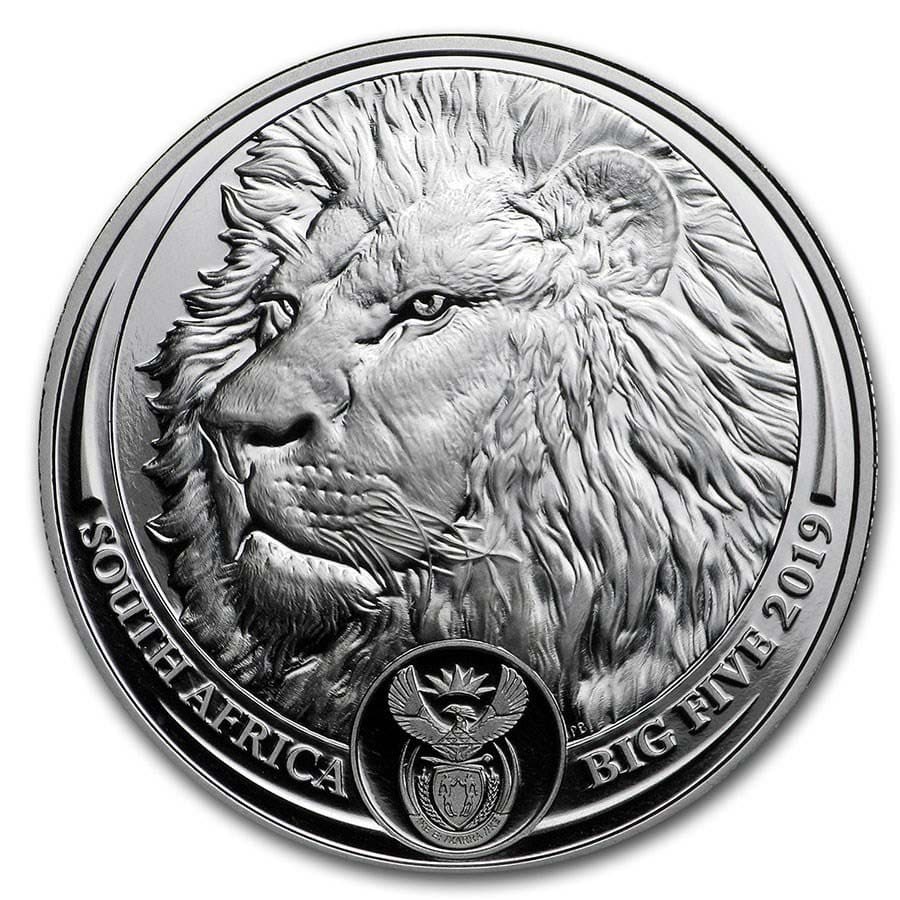 Your purchase is guaranteed to match the quality of the product shown. It will not be this exact item.
Product Details
Product Details
This is the second release of a new series by The South African Mint. This series will feature all the animals in the Big Five. This coin has a mintage of only 500 worldwide.

Handle your 1 oz Proof Platinum Lion coin with care by adding these cotton gloves to your order.

Don't miss out on the second coin of this exciting series. Add this 1 oz Proof Platinum Lion coin to your cart today!