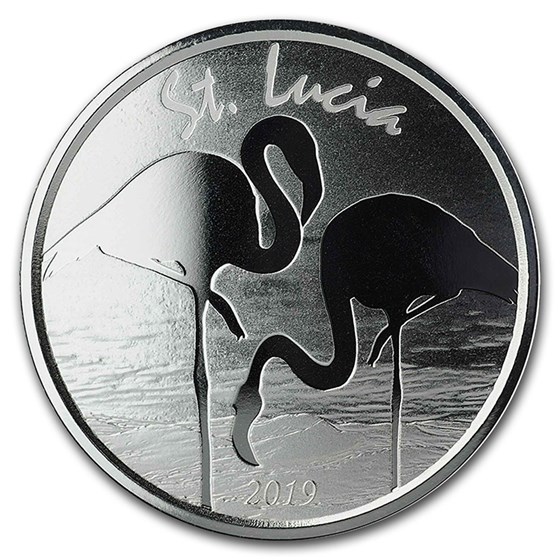 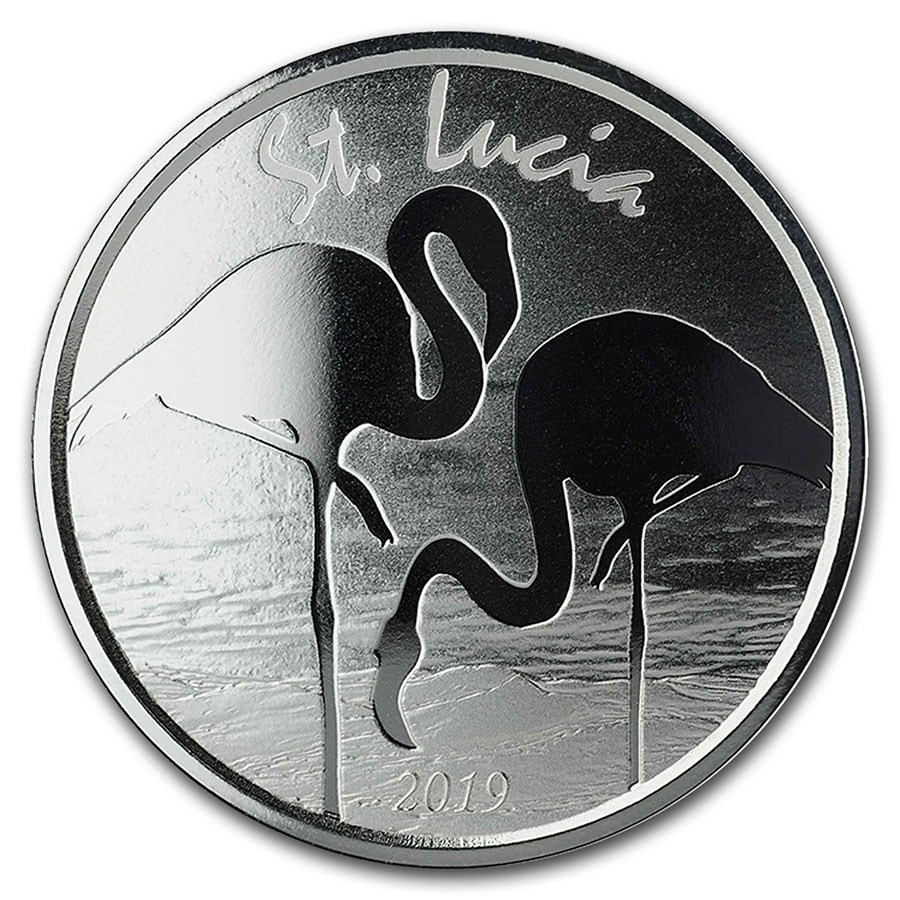 Product Details
Product Details
St. Lucia, "flamingos", is the eighth issue of 2019 in the EC8 coin series. This one ounce Silver coin is issued by the nation of St. Lucia and is one of eight releases each year in this historic low mintage series which began in 2018.

Collect a piece of history from each of the beautiful Caribbean Islands. Add this Silver Pink Flamingo BU to your cart today!

Blessed by nature, St. Lucia has geographic and cultural riches enough to embarrass far bigger nations. This Caribbean country boasts a fantastically unique bird-watching experience, whether on the beach or in the islands' mountain regions.