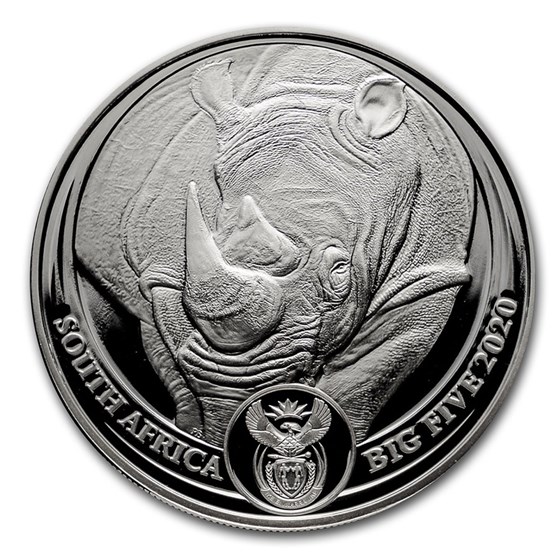 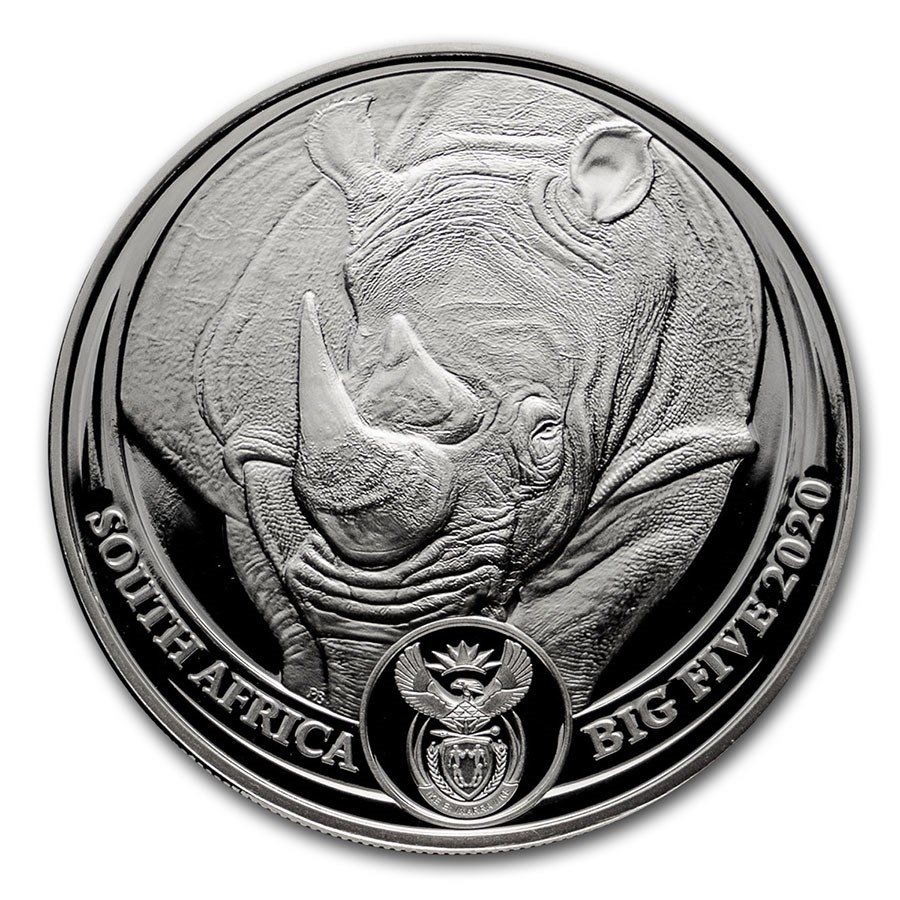 Your purchase will match the quality of the product shown.
Product Details
Product Details
This is the third release of a new series by the South African Mint. This series will feature all the animals in the Big Five. This coin has a mintage of only 15,000 worldwide. Sold Out at the Mint!

Big Five Series
The first Silver coin in this series was introduced in 2019 and featured the elephant. The Silver coin was available in a Brilliant Uncirculated as well as a Proof. This series also had coins available in Platinum, Gold and in combination sets. The Big Five is synonymous with South Africa and are the most dangerous animals. The Big Five include the elephant, lion, leopard, rhino and buffalo.The design of this series includes halve of the Big Five animal and when two coins are placed side by side the full image of the featured animal is depicted.

South African Mint
The South African Mint has always been known for minting the Krugerrand but it continues to develop new programs which embody the natural heritage of South Africa. Along with the Big Five Series they have minted the popular Natura series which paid tribute to the wildlife of the country.

My favorite Uncle is a serious coin collector. I have already given him the first two in this series and I plan on getting them all to complete his set.

Will purchase remaining 2 Big 5 as available ??