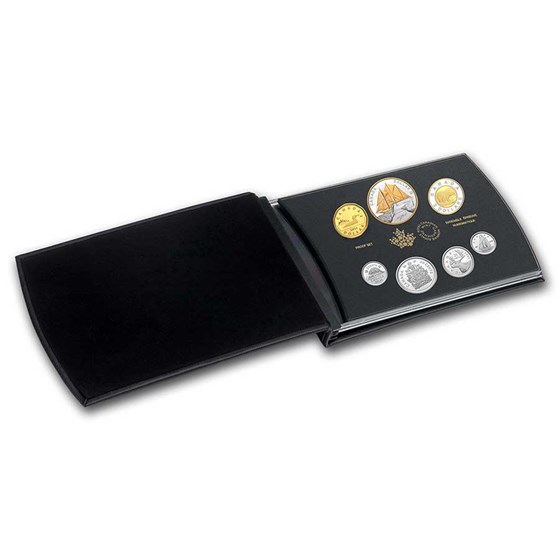 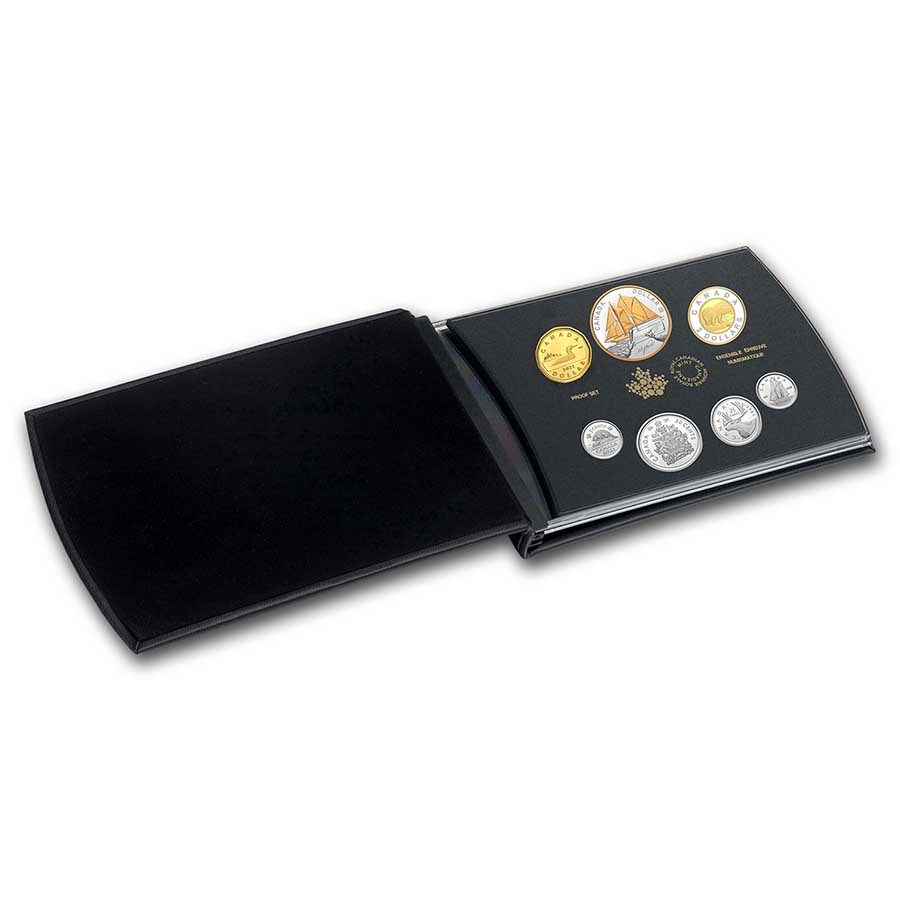 Product Details
Product Details
Only $199.99 per coin
This year's seven-piece proof set features a selectively Gold-plated version of the 2021 Bluenose Proof Dollar, and it's only available as part of the set.

Gold plating adds a beautiful gleam to the legendary schooner and the effigy of King George V. This effigy appeared on all Canadian coins issued in 1921, the year Bluenose was launched and captured the International Fishermen's Trophy. Bluenose centennial anniversary extends to the set's 10-cent coin, which is double dated and features the effigy of King George VI — just like the first Bluenose dime issued in 1937.


Add this 2021 Silver Proof Set to your cart today!