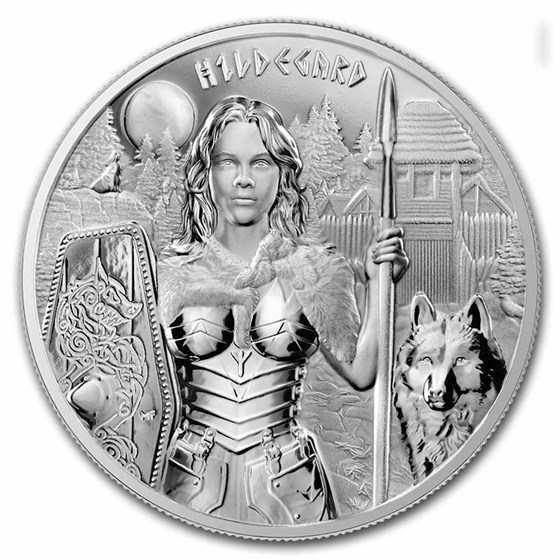 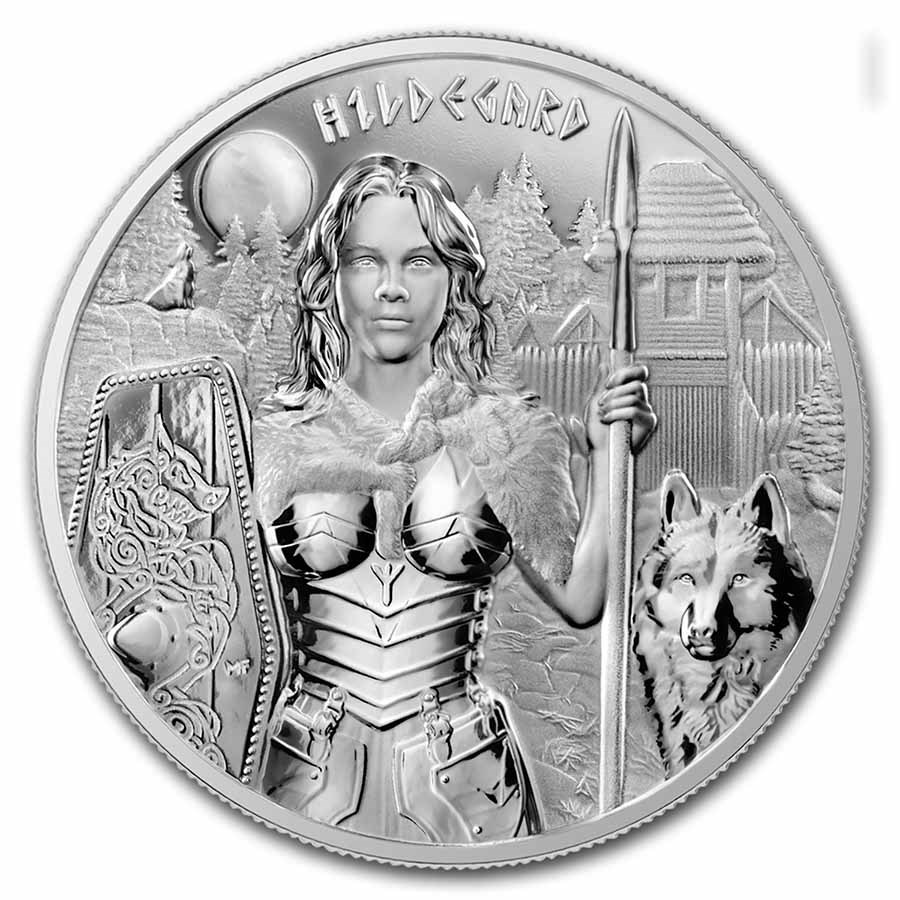 These items are on pre-sale with an expected ship date of July 14, 2022. Your entire order will ship upon their arrival.

Product Details
Product Details
The Valkyries series is an exciting new series from Germania Mint, following the success of the Allegories series. This series will feature goddesses of Germanic culture, said to carry the souls of the bravest warriors fallen in battle to Valhalla.

Germania Mint Valkyries
Building upon a portfolio of popular series such as Allegories, Mythical Forest and Warriors, Germania presents the new Valkyries series. This series will spotlight Germanic goddesses, said to carry the souls of the bravest soldiers fallen in battle to Valhalla. APMEX is proud to offer the first release in the new series, featuring Hildegard, protector of men.

Hildegard represents a sense of security, openness and support. She is shown in full battle-ready armor with spear and shield. The shield displays an image of the Fenrir wolf. Her wolf companion can also be seen at her side, ready to protect. The goddess guards a stronghold, with a forest and full moon in the background.

The reverse contains the signature Germania double-headed eagle and howling wolf. The bicephalous eagle (two-headed eagle) is a Roman mythology symbol associated with Janus - the god of all origins, guardian of doors, gates, passages and bridges, the patron of contracts and alliances. Heads facing the opposite direction symbolize the past and the future. The howling wolf represents strength and independence, an important theme for the series.