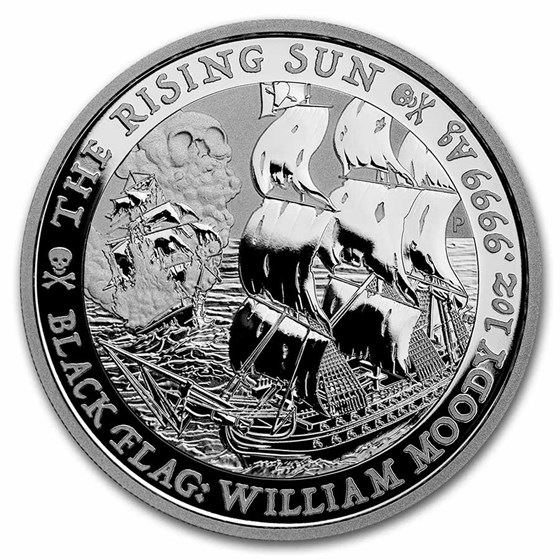 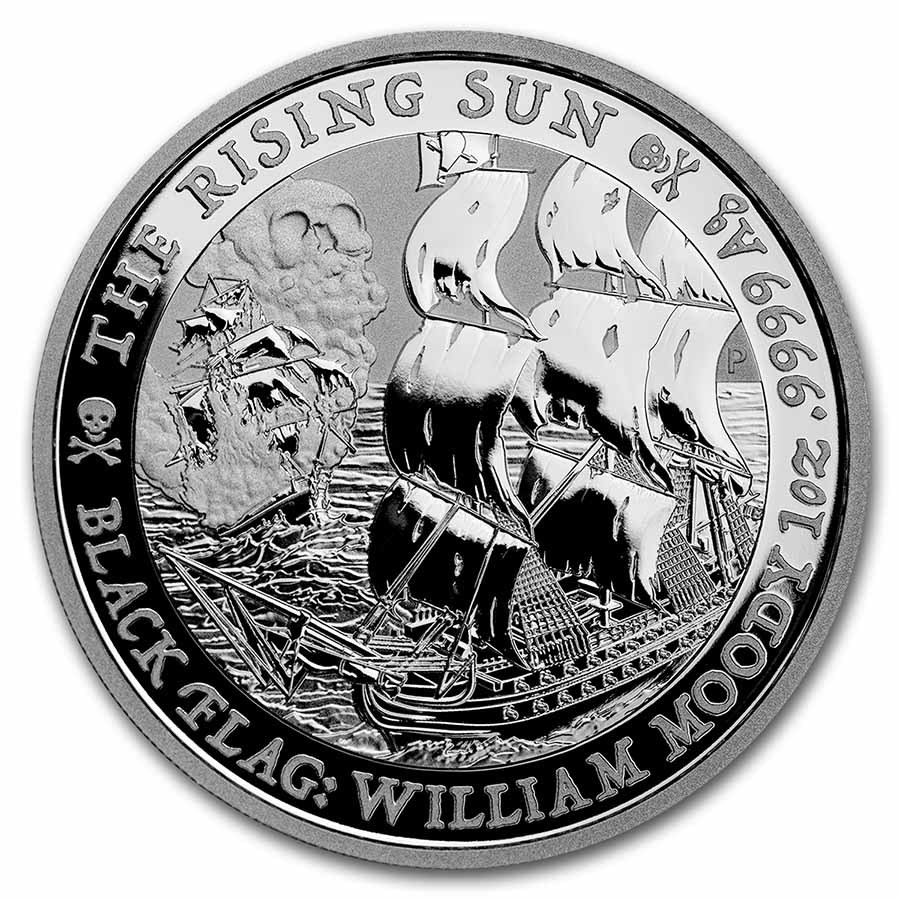 Product Details
Product Details
Struck by The Perth Mint, the fourth release in the popular Black Flag series features Captain Moody's ship, The Rising Sun. This coin has a limited mintage of only 15,000 worldwide, so make sure to continue your collection today while supplies last!

Due to limited quantities, there is an order limit of 300 coins per customer.


Protect your 2022 1 oz Silver Black Flag: The Rising Sun coin, along with any other collections and investments, by adding a home safe or lockbox to your order.

The highly anticipated fourth release of the Black Flag series would be a great addition to any coin collection. Add this 2022 Tuvalu 1 oz Silver Black Flag: The Rising Sun coin to your cart today!

2022 Tuvalu 1 oz Silver Black Flag: The Rising Sun
The 2022 release in the widely collected Black Flag series from The Perth Mint depicts William Moody’s infamous ship, the Rising Sun. Moody was a pirate notorious for his public raiding and burning of numerous ships throughout the Caribbean from 1718 to 1719. Soon after his reign of terror became feared across the seas, Captain Moody’s crew rebelled against him due to his treatment of the sailors on his ship. The crew made Moody, and his few remaining supporters, get into a small boat and set sail without them – leaving them stranded forever. Captain Moody was never seen again and presumed lost at sea.

The Perth Mint Black Flag Series
Through the 17th and 18th centuries, pirates prowled the seven seas with their ships revealing their uniquely frightening black flags – declaring themselves victorious in battle. Each release in this iconic series, struck by The Perth Mint, highlights an infamous pirate along with the insignia they associated themselves with to remember some of the most formidable figures in history. The previous releases in this series have included Blackbeard and his ship Queen Anne’s Revenge, Black Bart and his ship the Royal Fortune and Ching Shih with her ship known as the Red Flag Fleet. Learn more about the Black Flag series here to begin building your collection today.

These silver sails set in a stunning reverse will blow your mind! I am betting this is the best design of the series. I picked a tube and the wife and I can even come to reselling some of them as they look so cool in the treasure chest display in that quantity. you would not be sorry to have one of these.

As the 4th coin in the series this is an amazing addition to the fleet! Very impressed with the design and detail. I am proud to own this collectable silver coin. Apmex was very savvy in the way they introduced and offered this new edition to the Black Flag series. As always with Apmex the purchase and reception of my precious metals investment was smooth and secure. Thank you again Apmex!

Awesome round! Looks even better in your hand. Get one while you can.

These Rising Sun's Are Brilliant!