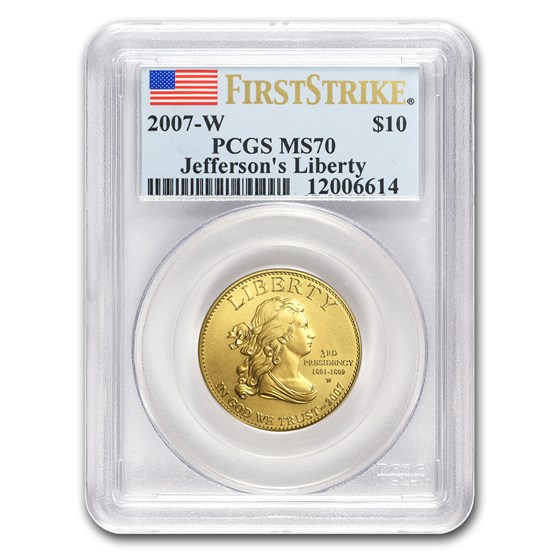 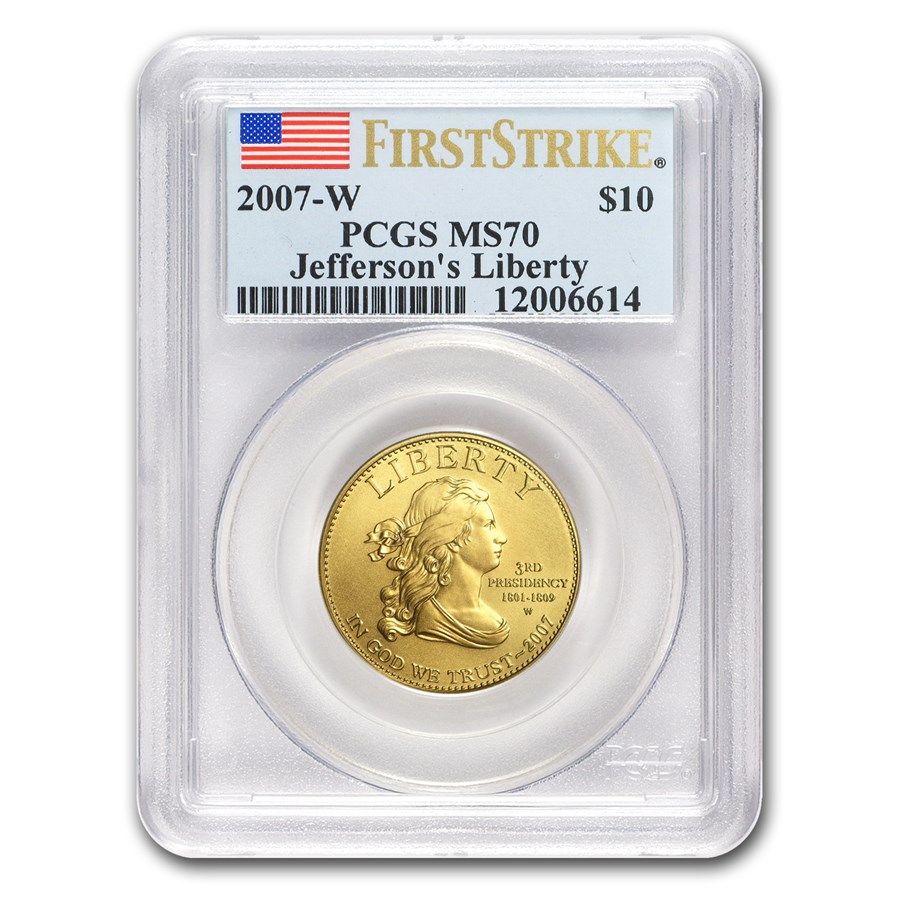 Your purchase will match the quality of the product shown.
Product Details
Product Details
These are the first 1/2 oz Gold coins in the U.S. Mint's history that have the metal content as .9999 fine. This "Liberty" is based on the Draped Bust Half Cent executed by Robert Scot and minted 1800-1808, during Jefferson’s presidency.

Thomas Jefferson married his wife, Martha, in 1772. Unfortunately, Martha died in 1782, leaving Jefferson a widower when he took office in 1800.

The reverse, or tails side, contains an image designed and sculpted by Charles Vickers of Thomas Jefferson’s monument, at Monticello. It also contains the epitaph which he wrote before his death:


"Here was buried Thomas Jefferson, author of the declaration of American independence, of the statute of Virginia for religious freedom and father of the University of Virginia. Born April 2, 1743, O.S. Died July 4, 1826."