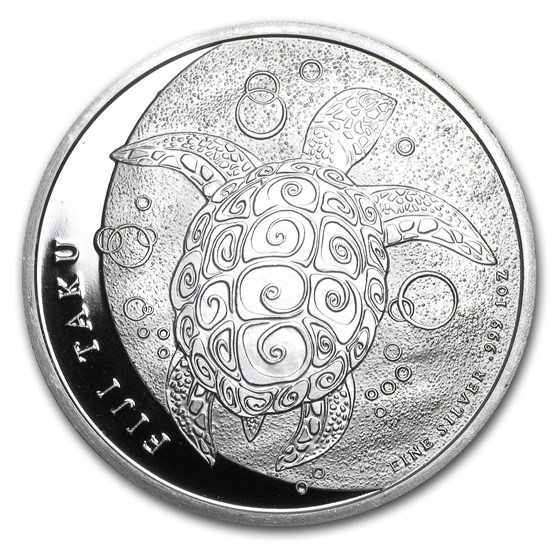 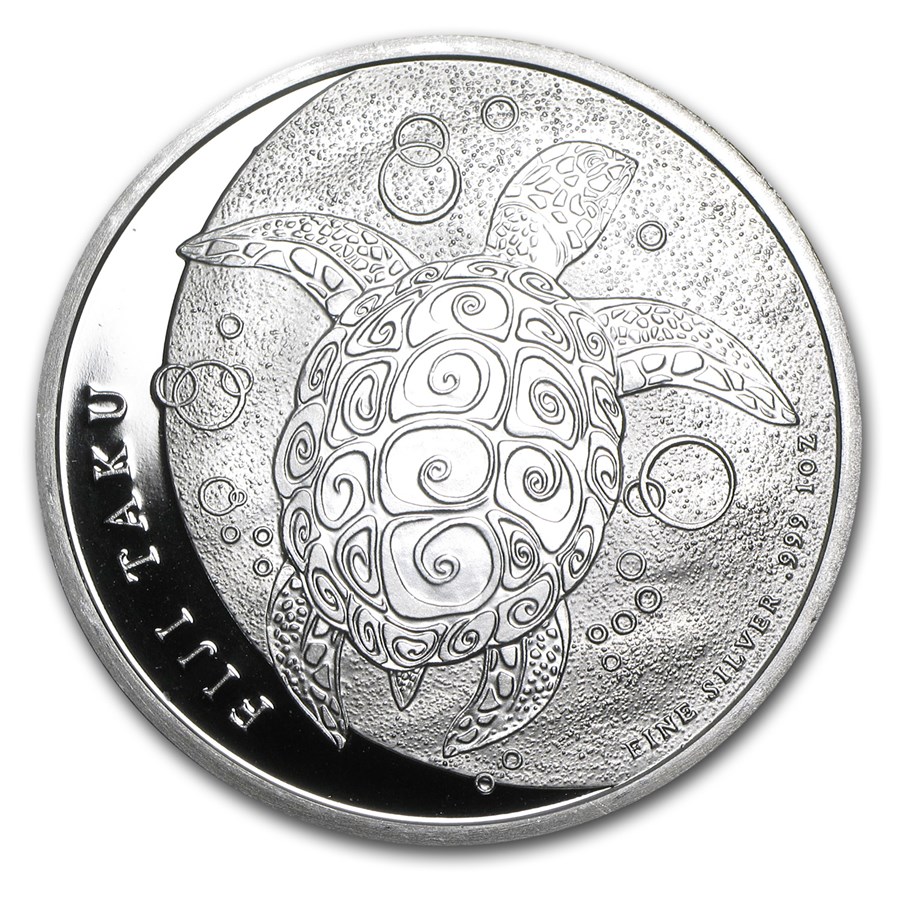 Product Details
Product Details
The Silver Taku combines the appeal of 1 oz of pure Silver with an elegant design that captures the beauty of the ocean. This series has gained popularity since its first release in 2010 and would be perfect for any Silver coin collection.

With a sleeker design and low mintages for bullion, these coins tend to move very quickly. Add this 2011 edition of the Hawksbill Turtle to your cart today!

Arrived fast and in perfect condition.

Great coin with a cool design, fast shipping and excellent service as always!

Read review of Adam, took action and picked up 15 of 2011 Taku coins from NZ, I also have rolls of 2013 ones but this one is much attractive with Queen, it feels much Royal in terms of value, appearance and of course, it's mintage. My wife like 2013 coins, but this one is much Superior coin. I would have preferred for Apmex to encase them in a sleeve rather than a tube. Thanks Adam ... SSS

These coins are beautiful. I picked up 2 a few months ago and I really like them. Recently I heard there were only 20K of these 2011's minted yet they are still going for the same price as the 2012's. I think people will start waking up to these NZ coins and the premium will grow, especially the lower mintage 2010's and 2011's. Get them while you can; I just ordered a tube of them.

These coins are incredible! the turtle looks better in person and the picture of the queen is much more polished like the Royal Canadian Mint wildlife series. Mine came in perfect condition too.

I just received two of these rounds today they are very beautiful. I love turtles so that is the main reason I bought them. I don’t know what else to say just that they are beautiful and I am glad I bought them!