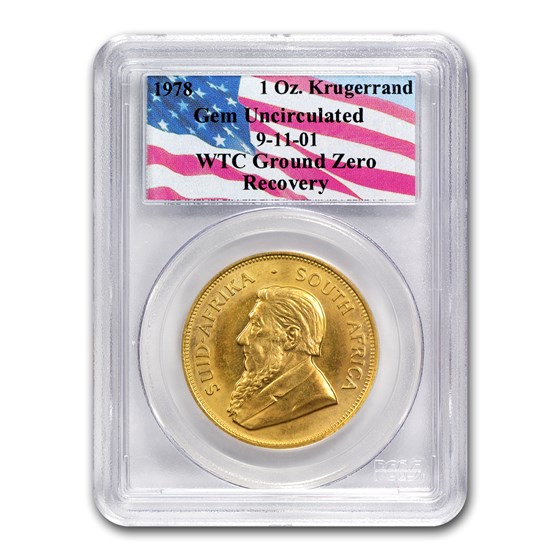 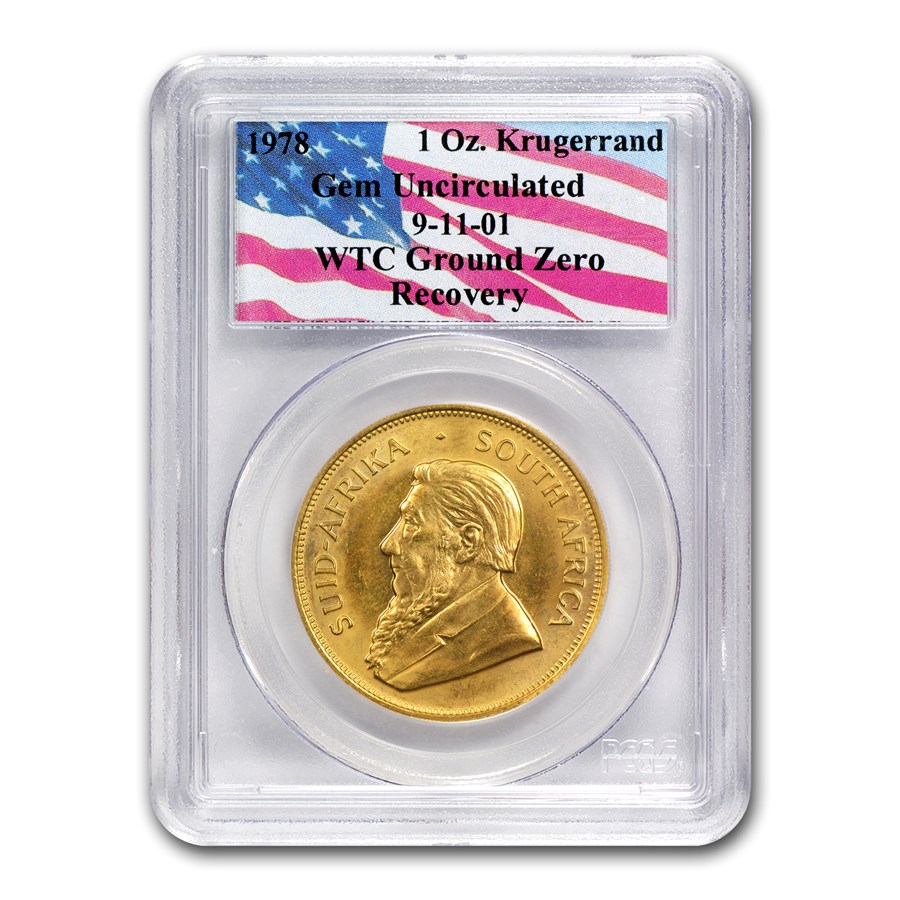 
Display your 1 oz Gold Krugerrand in style by adding an attractive presentation box to your order.

Add this 1 oz Gold Krugerrand to your cart today!

Buried beneath hundreds of tons of rubble, this depository (the official COMEX depository) held a vast amount of investment grade bullion. Under heavy security, the coins were loaded into Brinks Armored vehicles and sent to be cataloged, graded, and encapsulated by PCGS. These slabs have a specially designed commemorative United States Flag insert which serves to easily identify the coins as a genuine artifact of this catastrophic event.

Random Year-Date(s) on these coins will be of our choosing and may or may not vary, determined by stock on hand.

Krugerrand Series
First introduced in 1967, the Krugerrand was the world's first modern Gold bullion coin in the world and this Gold bullion coin series is still a favorite of collectors and investors today. The Krugerrand were minted to assist in promoting South African Gold to the international markets. Krugerrands were never assigned a face value but were designed to derive their value from the price of Gold at the time they are traded. The Gold Krugerrand is prized around the world, with a highly sought-after design inspired by history. They feature the South African Republic's first president, Paul Kruger. On the reverse, a springbok, which is the national animal, and the date of minting appear. On the Krugerrand Gold coin, the springbok seems to be jumping into action, while President Kruger is a reminder of 19th century South African political and military affairs.