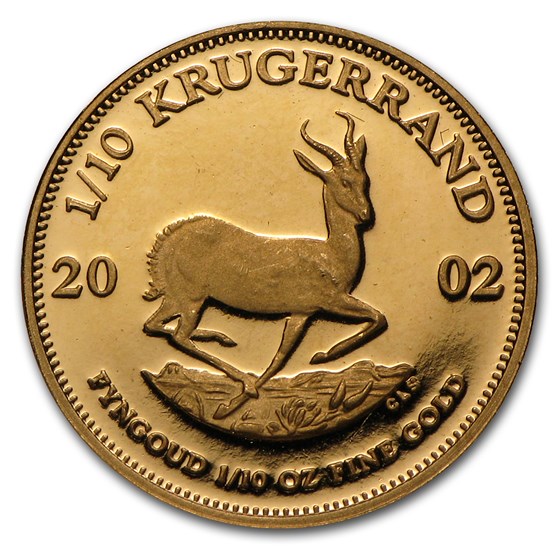 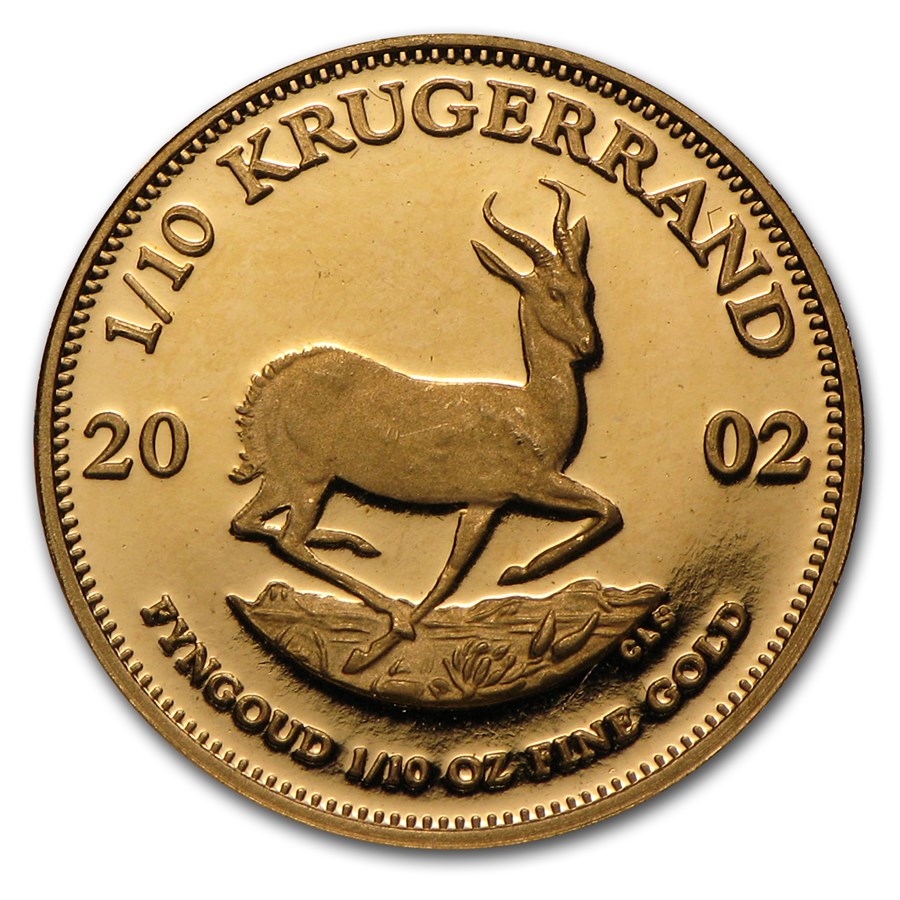 
Add this fractional 2002 Proof Gold coin to your cart today!

Gold Krugerrands feature a simple yet classic design depicting two key figures in South African history. On the obverse, the Gold Krugerrand coins feature four-term South African President Paul Kruger, who served from 1883 until he fled to Europe in 1900. On the reverse, these Gold coins feature South Africa’s national animal, the springbok antelope, which is hunted as game throughout South Africa, Namibia and Botswana. The South African Gold coins feature the same springbok that was designed by Coert Steynberg and previously used on the South African five shilling. Mintage of just 3,110!
Proof Krugerrands are much harder to come by than their business strike counterparts, and that is especially true for this 1/10 oz fractional coin. This uncommon coin features the springbok, a symbol of South Africa, on the reverse. Paul Kruger, leader of the Boer resistance against the British during the Second Boer War, is depicted on the obverse. Listed in Krause as KM#105.