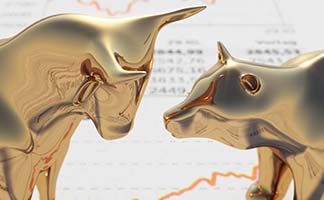 As Gold continues to rally toward the end of June, it has the potential of seeing its most significant monthly gain since June 2016. Escalating trade tensions between the U.S. and China, along with looser monetary policies from several central banks, have driven many investors toward Gold. The most recent price surge comes as a meeting looms on Saturday between U.S. President Donald Trump and President of the People's Republic of China Xi Jinping. Bloomberg reports Gold prices built a great deal of support following word the Federal Reserve would likely cut interest rates this year. Lower interest rates and a weak U.S. dollar typically lead to higher Gold prices, creating an environment that gives buyers an advantage.

Worsening relations between the U.S. and Iran have supported Precious Metals, with some analysts arguing trade disputes are harmful to global growth. According to Bloomberg, President Trump advised journalists at the G20 Summit that there was “absolutely no time pressure” in dealing with Iran. Meanwhile, European nations are pushing to maintain what remains of the 2015 nuclear accord and avert another war.

Silver is Stuck But a Breakout Could Be Near

As Gold prices have turned bullish, Silver prices have yet to break out. Currency strategist Paul Robinson writes on DailyFX that he believes Silver could soon start outperforming Gold when and if a rally begins. Robinson thinks seeing Gold sell “somewhere to the upper-half of the 1600s is a reasonable expectation (if not higher).” He points to data suggesting the Gold-Silver ration has been rallying since 2011; however, the ratio could be near the point of temporarily topping. Robinson adds, “A breakout in Silver may be the spark it needs to also get into gear against Gold and start taking back some of the underperformance versus its sibling.”

After rising more than 260% since April, Bitcoin fell 16 percent Thursday, dropping below $11,000. This decline comes on the coattails of an 18-month high just a week before, at $14,000. Reuters reports last week, buyer sentiment for digital currencies seemed to be increasing but a sell-off of Bitcoin is accelerating. Bitcoin reached nearly $20,000 in December 2017 before tumbling and prices have been volatile ever since. Some buyers hoped Bitcoin could be a safe-haven asset, an alternative to Gold and bonds, which may have contributed to the recent rally.