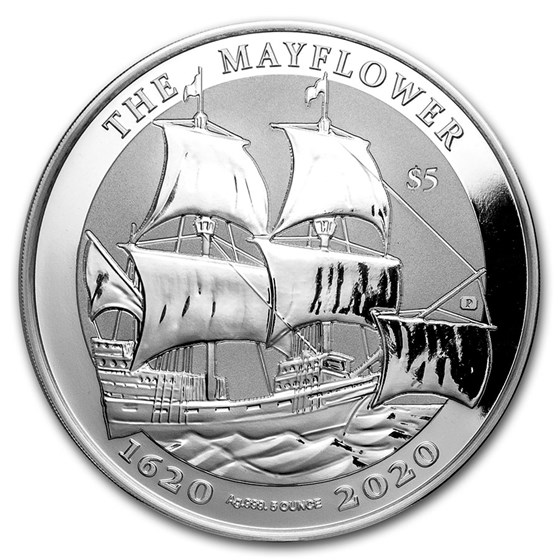 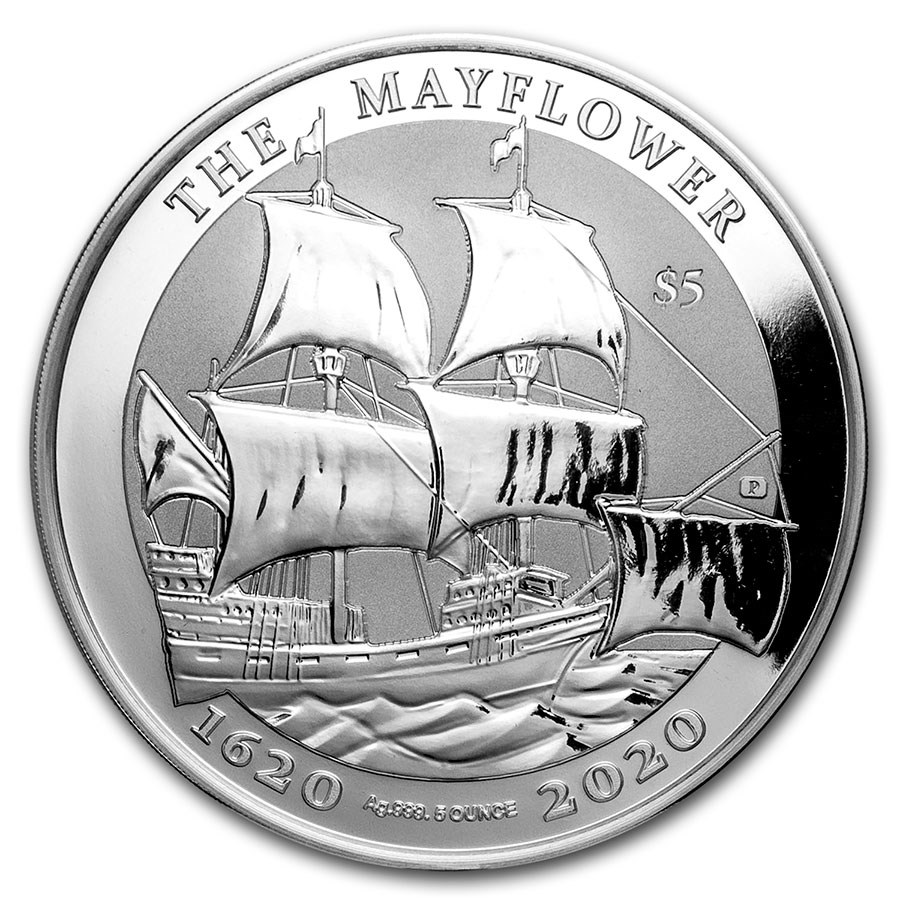 Your purchase is guaranteed to match the quality of the product shown. It will not be this exact item.
Product Details
Product Details
This APMEXclusive® 5 oz .999 fine Silver coin celebrates the 400th Anniversary of the historic and heroic voyage of the Mayflower.

Extremely limited mintage of only 400 coins worldwide that features breathtaking detail of the Mayflower which was an English ship that transported the first English Puritans, also known as Pilgrims today, from Plymouth, England to the New World in 1620.

Protect and display your 2020 BVI 5 oz Silver Mayflower 400th Anniversary BU coin in style by adding an attractive display or gift box to your order.

This coin would be a great addition to any coin collection. Own this historical release of this exciting coin minted for the British Virgin Islands by adding this stunning 2020 BVI 5 oz Silver Mayflower 400th Anniversary BU coin to your cart today!

This is one. Beautiful coin and with its low mintage it is a double win! Highly recommend everyone to add this coin to their collection