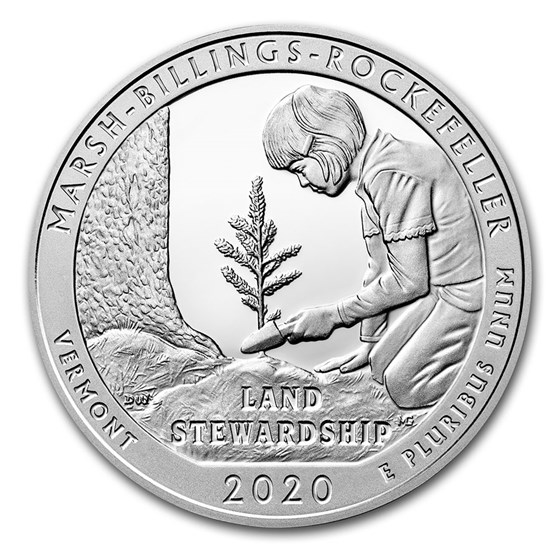 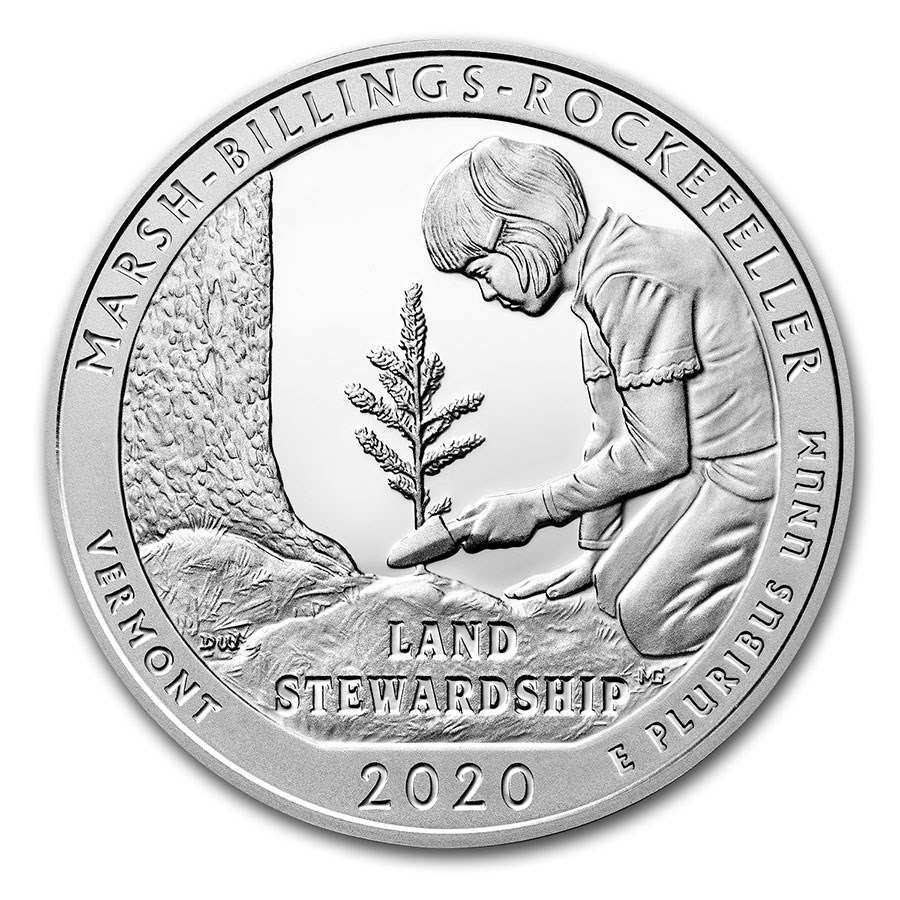 
The America the Beautiful series will include 56 coins. Protect your 2020 5 oz Silver ATB (Marsh-Billings-Rockefeller Design) coin in style by adding a beautiful display box to your cart.

Marsh-Billings-Rockefeller National Historical Park
The Marsh-Billings-Rockefeller National Historical Park is located near Woodstock village in Vermont and is the only park of the U.S. National Park System that is based within the state. The property is named in honor of its past owners, who made it what it is today. Charles Marsh, a highly successful lawyer in Vermont, built the original portion of the main house in 1805, where he raised his family. His son followed his footsteps as an attorney with political ambitions. He laid the foundations for the conservation movement in the United States with the 1864 publication of Man and Nature, or the Physical Geography as Modified by Human Behavior. In 1869 the 246-acre property was purchased by Frederick H. Billings, who made additions to the main house and built it up into the final Victorian style it has today. At the same time, he established a managed forest and dairy farm. Billing's granddaughter Mary French Rockefeller and her husband, Laurance Rockefeller, eventually transferred ownership to the U.S. federal government in 1992 and the property was designated a National Historic Landmark.

its a collectible coin

Once Again a Great Product!

The latest addition to my set of these beautiful 5oz silver coins. Not only a great way to buy silver bullion, but a highly collectable set. Service and shipping second to none. I have been with APMEX for over 10 years--they have always rated 5-stars with my every purchase.

Another Great addition to My ATB Collection

Consistent with the ATB releases of the past

A good buy and coin with a message

A bought this coin because first of all I'm a Vermonter. I bought it too for my grandchildren to be a reminder of who they are and nature is part of their heritage.

I thought the coin would be a nice gift for my grandkids.Coin showing an experience that their generation will need to do to have a doable healthy environment