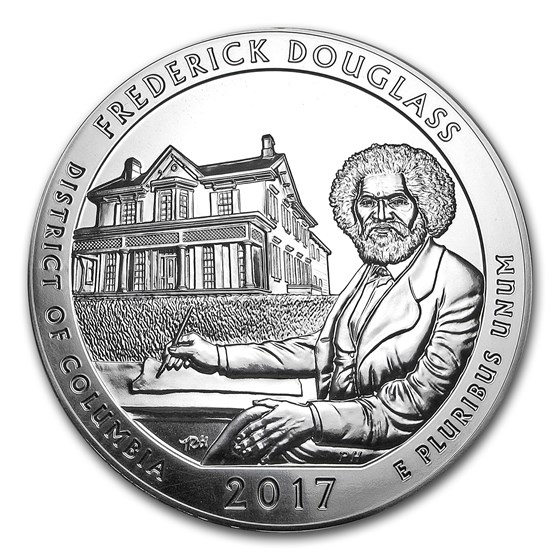 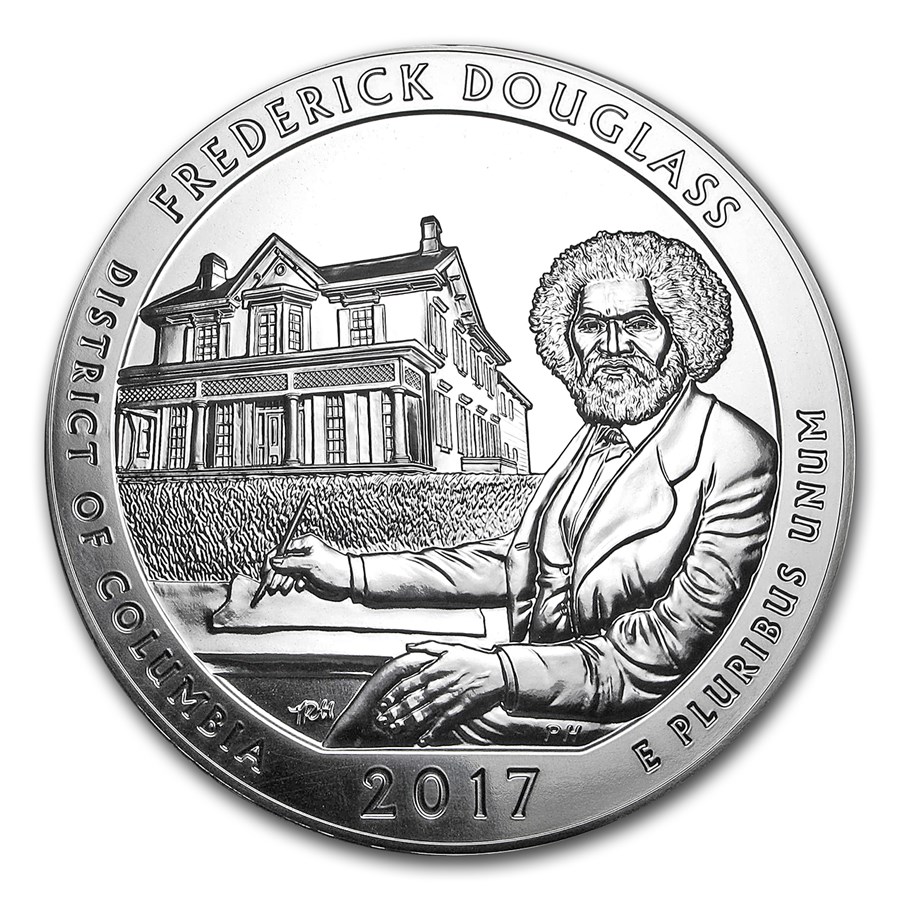 Product Details
Product Details
Frederick Douglass National Historic Site in the District of Columbia is where the famous abolitionist built his home, called Cedar Hill. This coin is the second release of 2017 in the U.S. Mint's popular 5 oz Silver bullion America the Beautiful series.

Coin Highlights:
The America the Beautiful series will include 56 coins. Protect your Silver ATB coin in style by adding a beautiful display box to your order.

Huge piece at 5 oz of 999 silver. Huge piece of history, Frederick Douglass was an iconic American. Love the coin.

I will purchase more!!!

This coin is very nice. Bought it for my nephews birthday. He loves it.

5 oz America the Beautiful A Fantastic set to collect! !!!

Low mintages and very attractive designs in this series

Love these coins will get the whole series

I like to collect this series, and this coin and capsule were in very nice shape.

PURCHASED AS PART OF AN GOING SET OF 5 OZ. ATB COINS. PRE ORDERED AND RECEIVED WHEN PROMISED. VERY GOOD PACKAGING, MAILED PROMPTY AND RECEIVED IN GREAT CONDITION. I RECOMMEND THIS SERVICE TO ANYONE LOOKING FOR GREAT SERVICE.

I am collecting all the ATB 5oz coins, and find the Frederick Douglas design to be one of the more attractive ones, and with excellent details.

I have a feeling this one will be popular but the error in presentation makes this one even better. Bob ross is still smiling somewhere

There are no mistakes, only happy accidents.