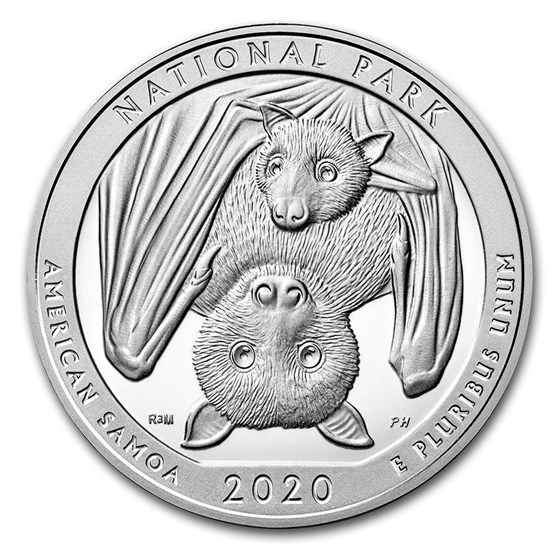 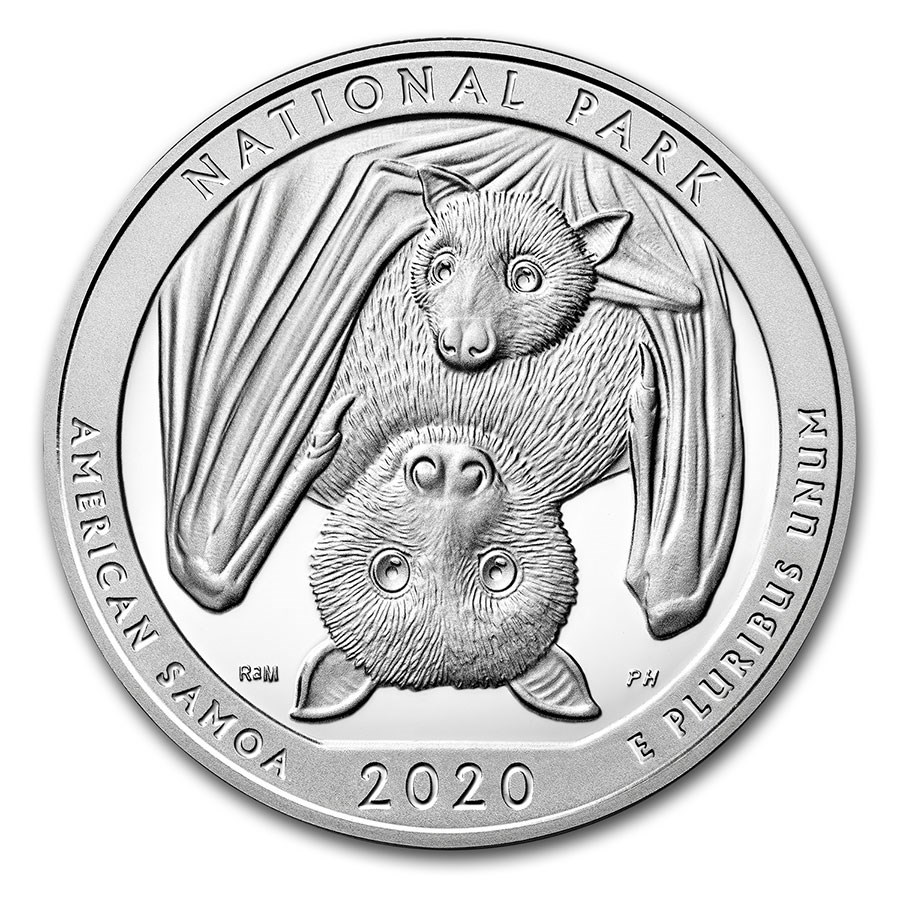 This coin commemorates the national Park of American Samoa. This is the 51st release of 56 coins. These coins are sought after by investors for their .999 fine Silver content and desired by collectors for their artistic value.

Coin Highlights:
The America the Beautiful series will include 56 coins. Protect your 2020 Silver ATB National Park of American Samoa coin in style by adding a beautiful display box to your cart.


National Park of American Samoa
This unique federal park was founded on October 31, 1988 by an act of Congress. In 1984, the first non-voting delegate to the House of Representatives from American Samoa, Congressman Fofó Iosefa Fiti Sunia, introduced a bill at the request of the Bat Preservers Association to include American Samoa to the Federal Fish and Wildlife Restoration Act. The bill's purpose was to protect the rainforest of Samoa and the habitat of the Flying Fox. Initially the National Parks Service could not purchase the land due to American Samoa's traditional communal land system, but on September 9, 1993 the National Parks Service began a 50-year lease for the land of the park from the Samoan village councils. This park was expanded in 2002 to the Olosega and Ofu islands through another act of congress.

500 years from today, archeologists will discover images of this coin painted on cave walls. Thanks to APMEX, I don't have to wait!

I bought this because of the coincidence given current events, and it's a cute design. Very happy with my purchase. Shipping was fast, and as always well packaged.

Will go up in price

I think this one will go up cause of the corona virus this 2020 silver coin will be a coin/year to remember. Get your bats now! or stay empty handed. but I absolutely recommend it. I'm gonna try to add some more before they are gone.

I absolutely love this coin.

Just recieved my order. Shipping was easy to track and packaging was top rate.

I Love the Size

Awesome coin and government backed. I can't wait to buy all of the 2020 series.