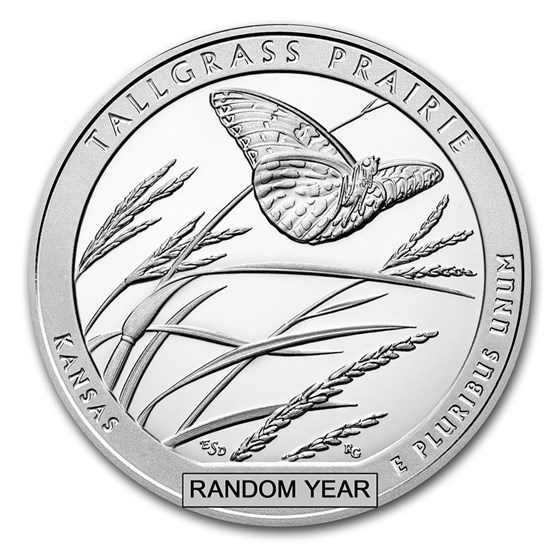 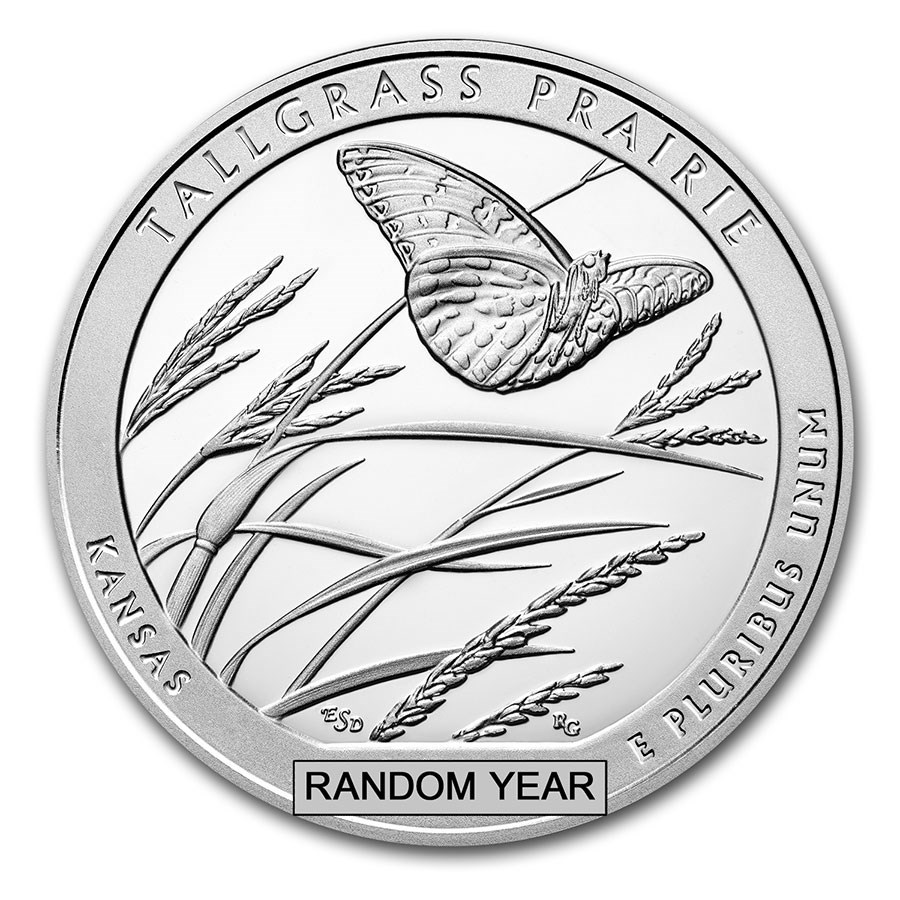 Product Details
Product Details
With 5 oz of fine U.S. Silver and a range of patriotic designs celebrating our National Parks, the America The Beautiful bullion coin has become a popular series in the United States and the largest bullion weight coin produced by the U.S. Mint.

Coin Highlights:
Protect your Silver America The Beautiful coin in style by adding a beautiful display box to your order.


America the Beautiful Coins
Also called America the Beautiful quarters, these coins are sought after by investors for their .999 fine Silver content and desired by collectors for their artistic value. The America the Beautiful 5 oz Silver coin series began in 2010 to commemorate national parks from each U.S. state and territory. The U.S. Mint does not sell its bullion coins directly to the public. Instead, they distribute their coins to only a handful of authorized purchasers, like APMEX, who then sell the coins to the public. The 56th and final coin release in 2021 marks the end to this long running and celebrated series.

I was excited to see what I would get. Opened up to see Harpers Ferry. Nice coin!!!

Bought 3 “random” ATBs... and got the IDENTICAL coin! Unacceptable... especially since other ATBs were available at the same price.

Very Happy with the Coins I Received

I purchased two coins hoping I would not get duplicates. I received the 2017 Ozark Waterways and the 2020 American Samoa Bats. I couldn’t be happier with my purchase!! I would definitely purchase again. Very satisfied.

Just what I ordered and more . Satisfied Customer.

Good value, excellent service but DON'T ASSUME you will receive different coins (it is clearly pointed out on their web site). Ordered 20 "random" coins and received 20 Idaho River Of No Return coins. Called and talked with representative who was very courteous and informative but stated they may have "just grabbed from a monster box" of the same coin. Not disappointed in coin or quality but if your goal is variety don't order via this method (was hopeful to show grandkids all 50 someday!)

I've been very impressed with all my orders from AMPEX. This random year coin looks to be a perfect coin. Excellent customer service.Will be buying more U S.5 oz. bullion coins.

My First Purchase of the ATB

I received the 2011 Montana Glacier. love the size of the coin and immediately placed another order to begin collecting the 2020 ATB series.

Great coins but one bad employee ruins the experience

I have placed multiple orders for these beautiful coins, it’s hard to beat the price for the random selection. In most cases, I have been extremely satisfied, however, there is only one employee that doesn’t care about the customer. It’s always the same employee, no matter how many random coins you order, they apparently have a problem grabbing different coins. From all the other employees, I actually received random coins which only adds to the great experience of getting these amazing coins.

I love these pieces. I buy just one random at a time. I am not sure how they do allotment but I have received some nice ones. I have received Gettysburg and another one that escapes me. Both were great values.