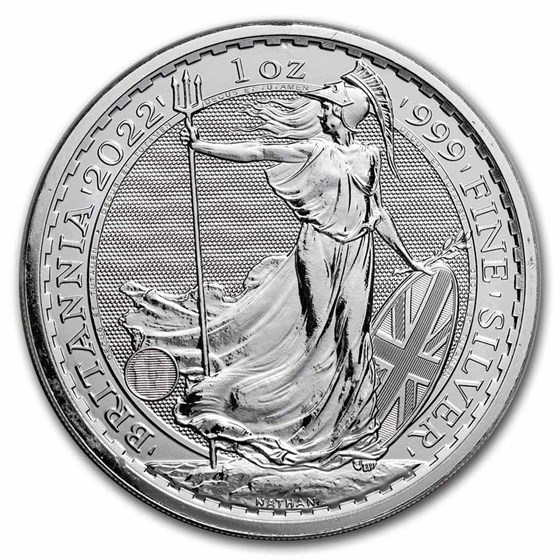 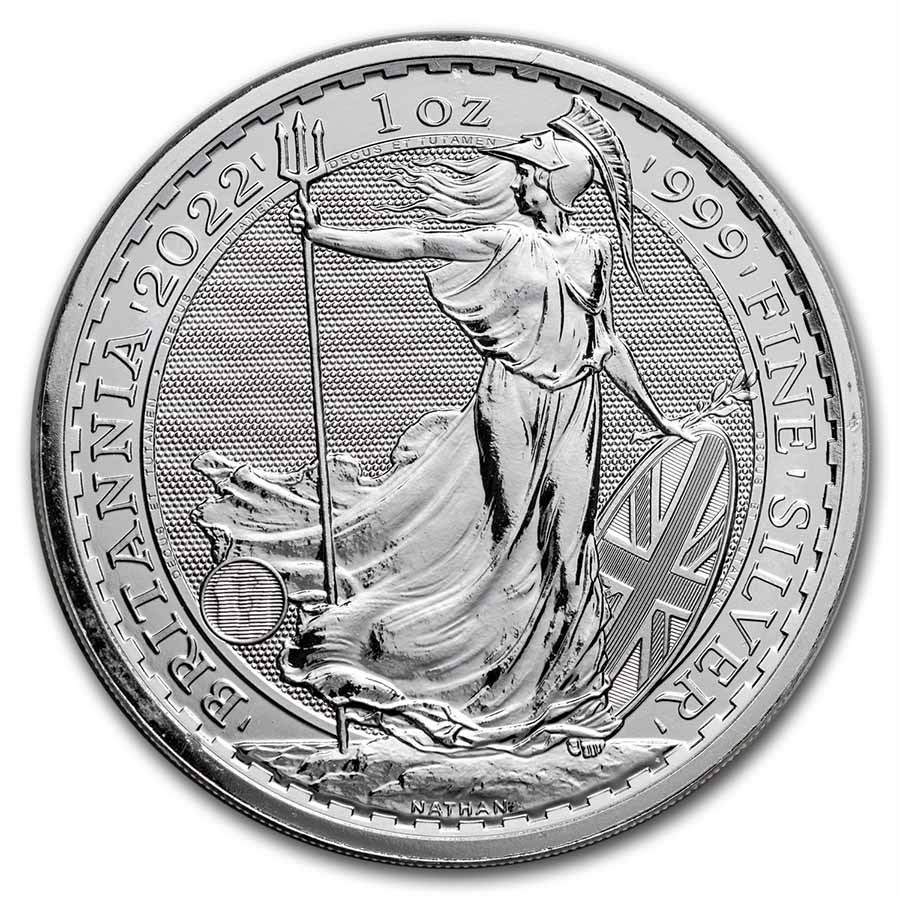 Protect your Silver Britannia with this clear plastic capsule or display it in style by adding an attractive presentation box to your order.

Add this 1 oz Silver Britannia coin to your cart today!

Dates and conditions on these random year coins will be of our choosing and may or may not vary, determined by stock on hand. Items may also contain privy marks or gilding.

The Great Britain Silver Britannia Coin
The Silver Britannia coins feature the internationally recognized figure of Britannia standing firm against a powerful gale. This image has symbolized Britain's strength and integrity on coinage since Roman times. New for 2021, the design of the coin has incorporated additional security features including surface animation, a latent image, tincture lines and micro text to provide an added layer of security. In addition to individual coins, Silver Britannias can be purchased in mint tubes of 25 or sealed 500 coin Monster Boxes.

all the same year

not random at all still happy

Breathtakingly beautiful coin and I got it at the right price. What more need be said.

I will buy again

Great addition to my stack, been filling tubes and these are beautiful can't to get some more if are looking for a great coin get some of these

I bought these just to add some Britannias to my collection, i love the ASE and RCM coins. I received all 2016's and one has some pretty bad milk spotting which i am disappointed in. The rest has some minor scratches on them. But if your in it to just stack then its not a big deal.

Ordered 2 of these random year Britannia's just to see what I would get. I was pleasantly surprised to get 2 x 2015 Britannia's in BU condition with no noticeable imperfections. The 2015's have a nice textured background. Now I want some of the years as well. Another quality order from Apmex.

I bought 200 of these and I expected random. I received all 2017s, no variety at all. Many of the coins also had dings and they came in rolls not flips as other reviewers have mentioned.

Beautifully designed coin. Would recommend to everyone!

Beautiful coins. Bought 52 on sale. I look forward to the next sale.

got all from 2015/16. The coins were clean but 3 out of 4 carry obvious edge mark/abrasions. 2 of them came without the plastic flips. Ordered another 4 again. Must say the price is fair but the conditions leave some wishes open.