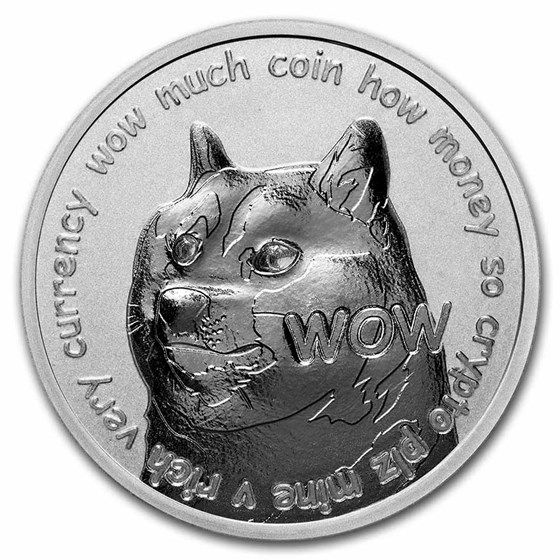 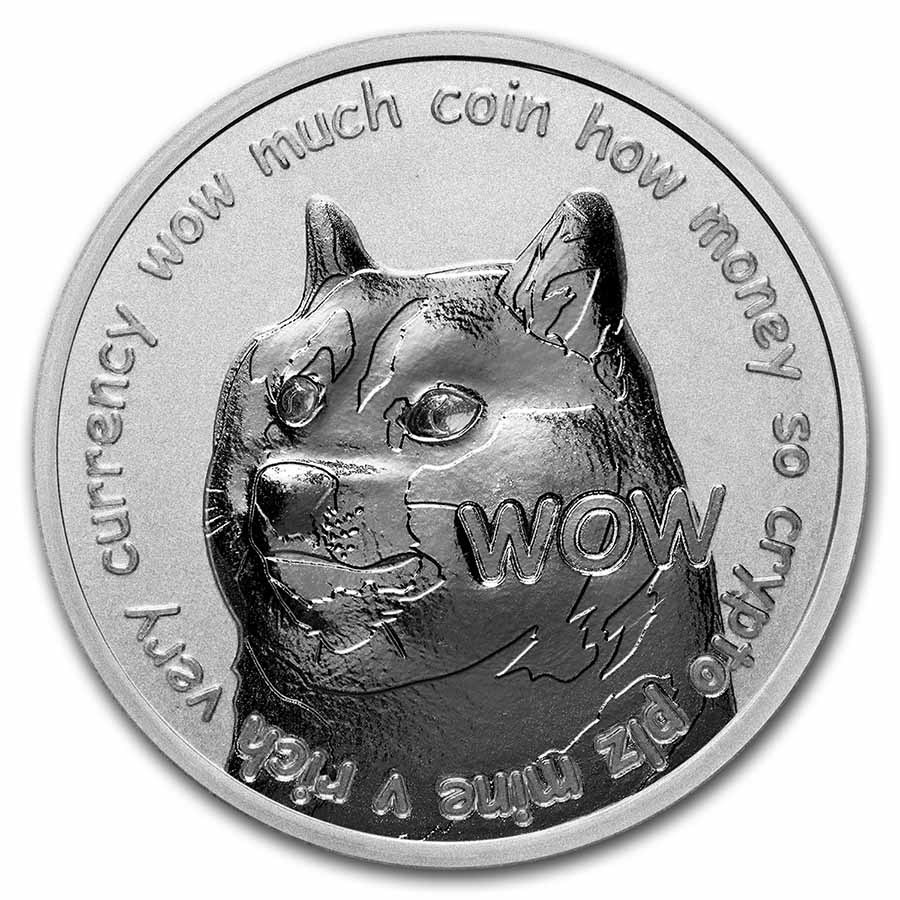 Product Details
Product Details
As low as $5.69 per round over spot
Developed in collaboration with BitPay, these .999 fine bullion rounds are a great way to add physical Silver to your holdings with the unique and beloved cryptocurrency theme.

Round Highlights:
Protect your Silver Round in style by adding a presentation box to your order.

These Silver rounds can serve as an effective way to defend against inflation. Add this 1 oz Silver round to your cart today!

Dogecoin
In 2013, two coders set out to create a joke cryptocurrency coin based on a popular internet meme. The coin quickly gained a cult following as people began to view it as a viable cryptocurrency, mining and trading it up to its current market cap of over $85 billion as of August 2021. Along the way, popular figures in the business world, namely Elon Musk, have played a major role in the ascension of the coin to the forefront of popular culture.

Founded in 2011, BitPay set out to optimize the way Bitcoin, Dogecoin, and other crypto is stored and transferred. APMEX has partnered with BitPay to create this exclusive Silver round, symbolizing one of the most popular crypto coins in the market.

While this isn't a product I would ever stack on the regular, it's definitely a fun addition to my collection. Owning a Shiba myself, I like the meme coin, and I think it's a hilarious piece to own. While definitely not a return-on-investment piece, silver is silver, and pieces like this are fun to have, and will always have their ASW value.

I was really impressed with my delivery time for a Black Friday purchase. I only ordered 2 rounds but I received them in excellent packaging and in a timely manner. 10/10 will purchase again.

As an avid Dogecoin aficionado, I felt that it was only right to have this round in my collection. A sincere sentiment regarding this piece can be conveyed simply as: so beauty, much wow, very silver, greatly recommend.

Posted By: The Old Hippe

When I saw every silver stacker ,collector & hoarders best friend doge I knew it was a winner .We all know dog is mans best friend but now silver addicts to ! Can't stop crypto doge. In my personal opinion he needs his own comic book 1st issue title Doge going to the moon . This is a well executed design & my very favorite type of silver shiny & bright with everything right . Nothing to complain about this round 5 + star all day long .As always my silver was packed professionally & received it quickly..Great job again Apmex . I see you in the rocket doge is there room for one more ? You don't have opposable thumbs your need someone like me to open your dog food. Have a blessed & healthy day. Peace Love & Happiness Leon The Old Hippie

bought it for the meme.

actually a pretty nice coin, I love the design.

Maybe not my most “responsible” purchase, but this is actually a pretty good looking coin. Finish is almost proof-like. And, well, it has a doge on it so why not. 11/10 would recommend.