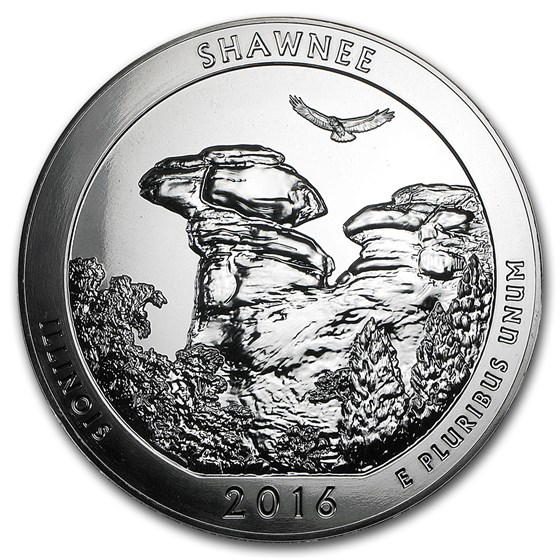 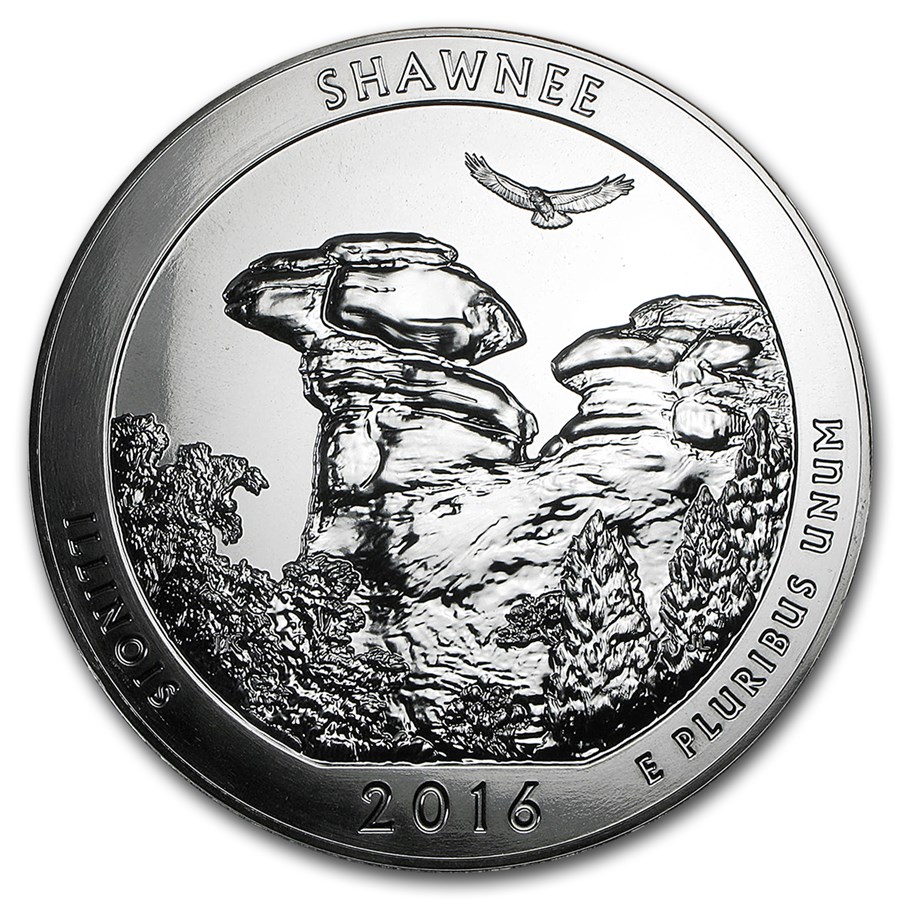 Your purchase is guaranteed to match the quality of the product shown. It will not be this exact item.
Product Details
Product Details
Shawnee National Forest is the first release in 2016 of the U.S. Mint's popular America the Beautiful series. This 5 oz Silver coin celebrates the natural beauty of southern Illinois.

?Garden of the Gods?

Great coin just because of what it represents. Fabulous and amazing Camel Rock formation. The coin came securely and is mint! Thanks apmex.

The price premium is holding its own. Great investment and one very beautiful coin.

Lovely choice. Thanks to APMEX rep. I was introduced to these "investment" quality coins.

I've ordered half of my coins from U.S. Mint, but I've noticed the RCM and Perth mint have fewer flaws and are of better quality. I'll keep buying ATB coins though since I think they are great investments.

I bought the set of the three of these 2016 coins. Came in perfect condition!! These are massive coins, very cool to hold, I was surprised at the size. I have purchased 100's of coins from Apmex and have never been disappointed. Great customer service, Paul Stevens is great to deal with. Thanks.

Another great coin from the U.S mint, nice design but nothing too special here. Another A+ job from Apmex with this order, arrived flawless in a plastic case. A good one to add to your collection, and a nice way to diversify your holdings from standard American eagles.

Nothing stands out with this one, but still nice and unique. I enjoy buying the new one when they come available.

Coin was scratched and we returned it for a substitute coin. We are now waiting for our new coin to be shipped.

Another Great Coin in this Series

Another beautiful coin in this impressive set. Collectible and a great way to own bullion.