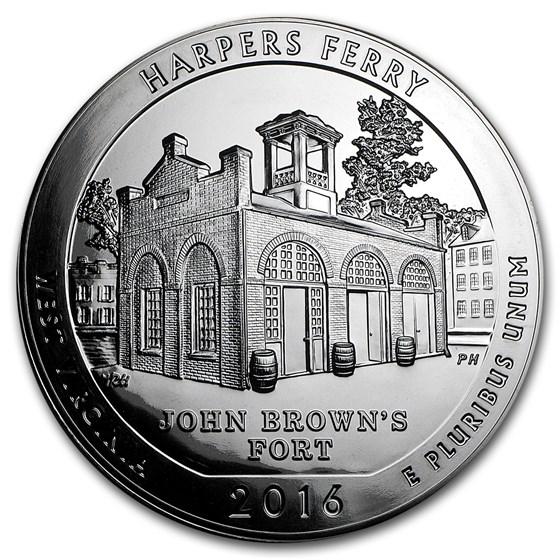 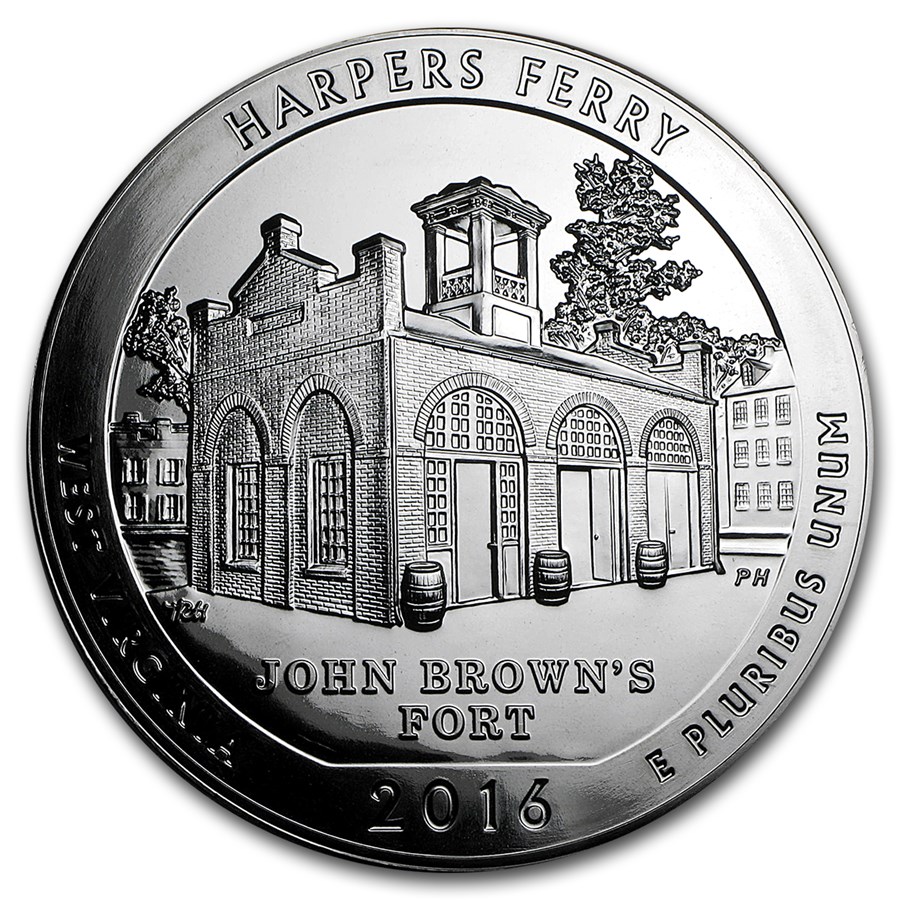 Your purchase is guaranteed to match the quality of the product shown. It will not be this exact item.
Product Details
Product Details
Harpers Ferry National Historical Park is the third release in 2016 of the U.S. Mint's popular America the Beautiful series.

This coin commemorates the efforts of John Brown and his men capturing the fire house, now known as John Brown's Fort at Harpers Ferry, West Virginia, in an effort to supply weapons for an army of abolitionists. These coins are sought after by investors for their .999 fine Silver content, and demanded by collectors for their artistic value.

History in your hand

Physical pieces that display history and historical places. Got to have them.

This coin looks perfect,not a scratch or blemish. The delivery time was quick. I was able to put it in my case right away. Looking forward to getting the next in the series.

Being from West Virginia, this piece was a no-brainer for a silver collector like myself. Love everything about it: the design, the price, the fast shipping, etc. ONLY negative was that there were already two small scratches on the front of the coin when it arrived. Otherwise, a great deal for a beautiful piece of silver!

In my opinion buildings in the design elements create a nice piece. This one is exceptionally nice.

Buy from the best

I just love apex everything about them nuf said

For our best clients, we present them with these 5 oz silver coins as "coasters" for their coffee. They look amazing and classy on your desk and our clients just love to get them. We set ourselves apart easily with such a gift and it pays dividends in many ways!

Totally Hooked on the ATB coins. Once you have one in your hand you will want them all! The Secret is to Buy them when the First come out????

The 5 oz ATB coins are special.

Apmex is the only mint. and I mean only mint that sells the 5oz America The Beautiful Coins without marks or scratches or blemishes. They also deliver them in a capsule. When it comes to the 5oz ATB I will never buy from anyone else but APMEX. Thank you