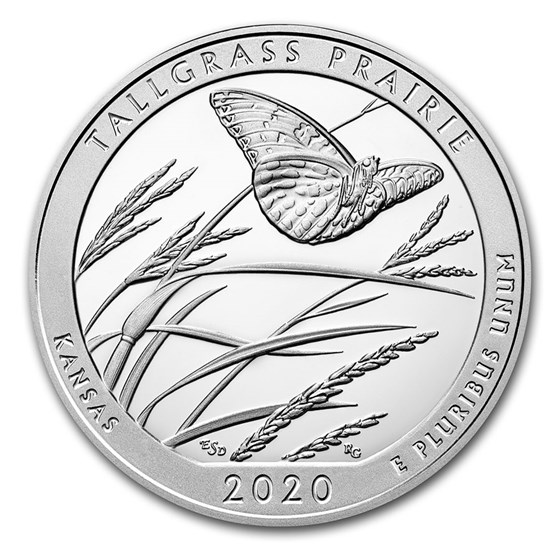 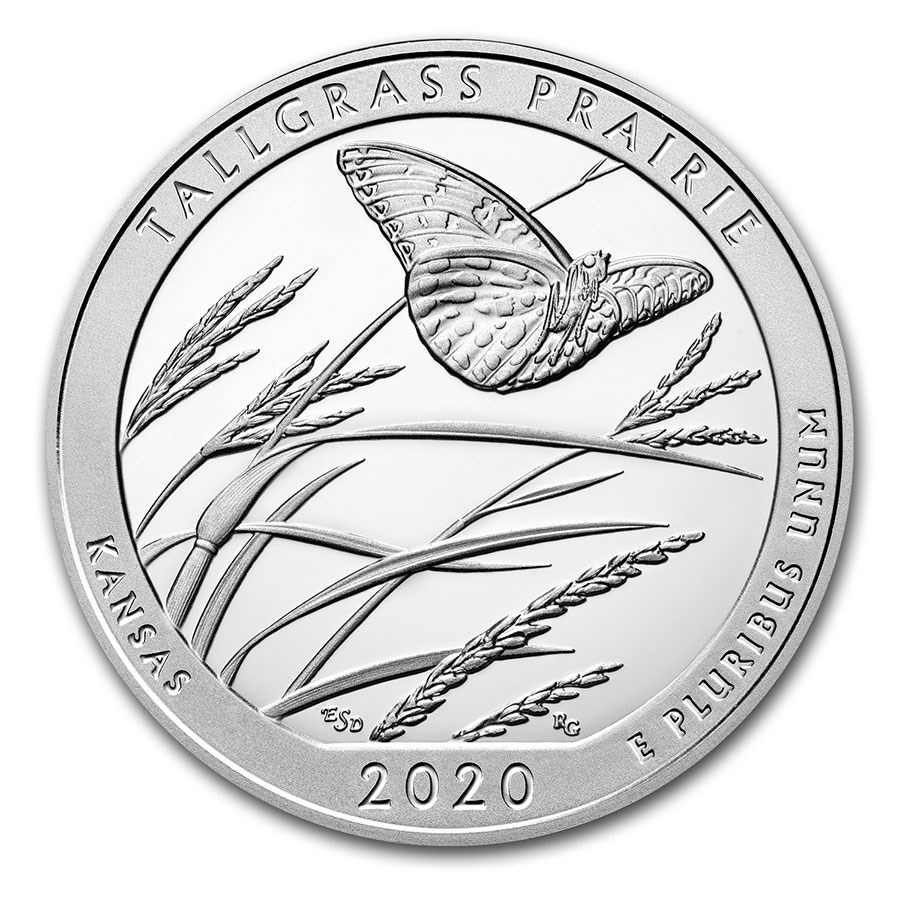 This is the 55th release of 56 coins. These coins are sought after by investors for their .999 fine Silver content and desired by collectors for their artistic value.

Coin Highlights:
The America the Beautiful series will include 56 coins. Protect your 2020 Silver ATB Tallgrass Prairie Reserve coin in style by adding a beautiful display box to your cart.


Tallgrass Prairie National Preserve
Tallgrass Prairie National Preserve is a newer type of national park where the land is managed by the National Park Service, but privately owned. Legislation in 1991 formed the Preserve, but local groups objected to National Park Service ownership. In 1994, senators Kassebaum-Baker and Bob Dole introduced a bill to allow for the creation of the national preserve while limiting National Park Service ownership to no more than 180 acres of the total area. Located in the Flint Hills region of Kansas, just north of Strong City, the 10,894 acre Spring Hill/Z-Bar Ranch, comprising today's preserve, was purchased by the private National Park Trust. In 2005 it sold again to The Nature Conservancy. Today the preserve protects a large section of tallgrass prairie habitat and is home to a growing herd of bison. Over 40 miles of hiking trails are maintained on the property, which allows visitors to hike the scenic grasslands.

Purchased the last of the 2020 ATB 5 oz coin (Tall Grass Prairie National Preserve, KS) along with the 5 coin display box. I’ve been collecting these coins for several years and find their rarity and beauty to be exceptional. I regret there is only one more coin left in the series.

Once I tried Apmex and enjoyed their constant attention to detail from a collector’s perspective, I was hooked!

Your shipment of the ATB series has always been prompt. I like the protective plastic capsule the is included with the coin

This was the 55th in a series of 56 America the Beautiful 5 oz silver coins. I have all the previous ones and am looking forward to the 56th next year. The 5 oz size enhances the fine detail of the coin. I'm very pleased with the entire series.

APMEX is the "gold standard" for coins

I'm just continuing this set....Have one left to buy in 2021. Even though I have purchased the bullion version, these 5 oz coins are very high quality....

My dealings with APMEX have always been excellent

34 coin silver dollar set. The prize was right and personal were very helpful during my purchase.