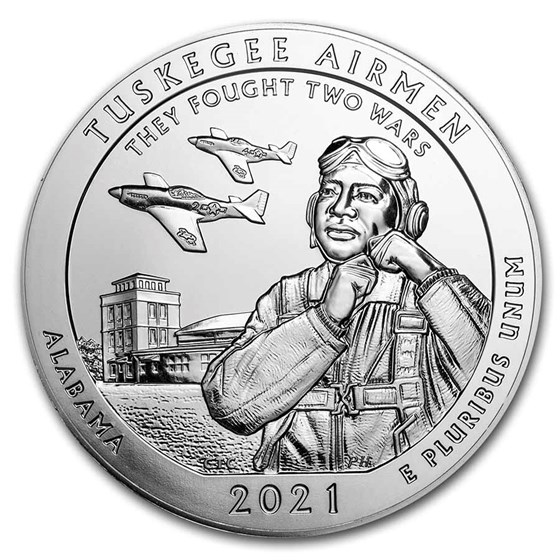 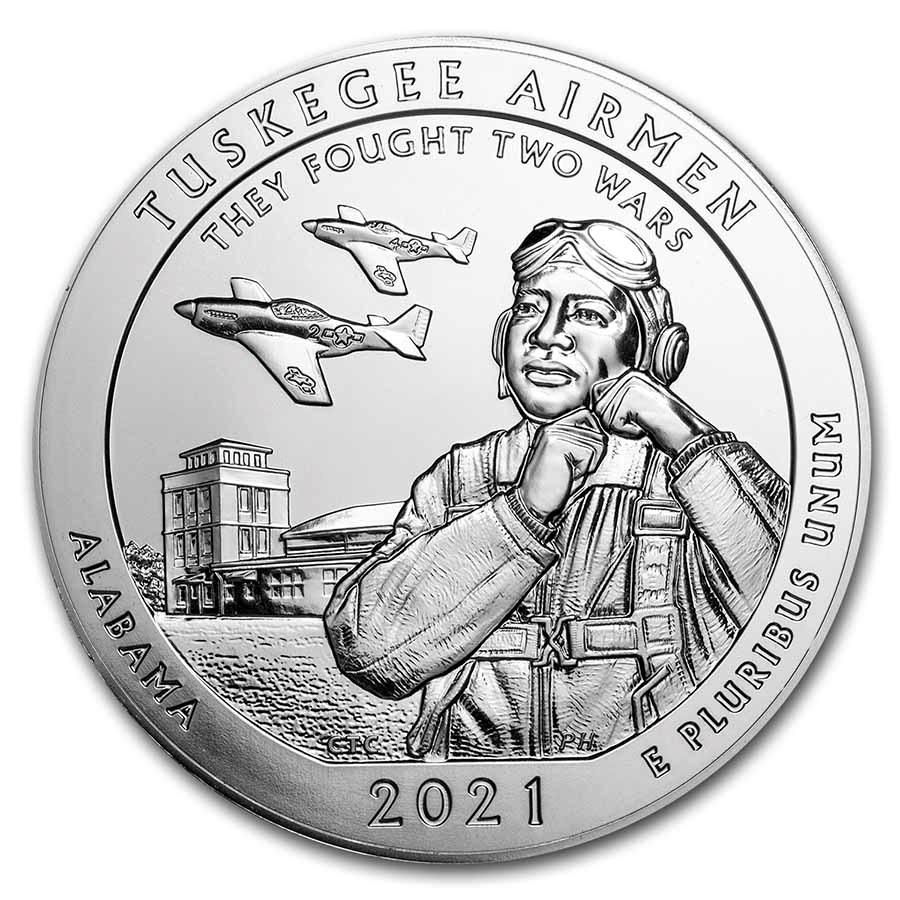 Bought 3 of these. Very nice coins. Great to give away as a gift. The coins are delivered in a coin capsule and a plastic around that one too for protection. Great packing by Apmex!

This 2021 Tuskegee Airmen 5oz ATB SILVER Quarter is thankfully here to mark an end to this 56 pc set. That’s 56 UNC this coin and 56 Sand Blasted bought directly from U S Mint in a box with COA. The latter being more expensive. These coins look beautiful almost proof like. Ver

This coin will sell out with the current metals frenzy. But I have mine and own at least 1 of all 56. I don't know what will be next but after ten+ years this series is over.