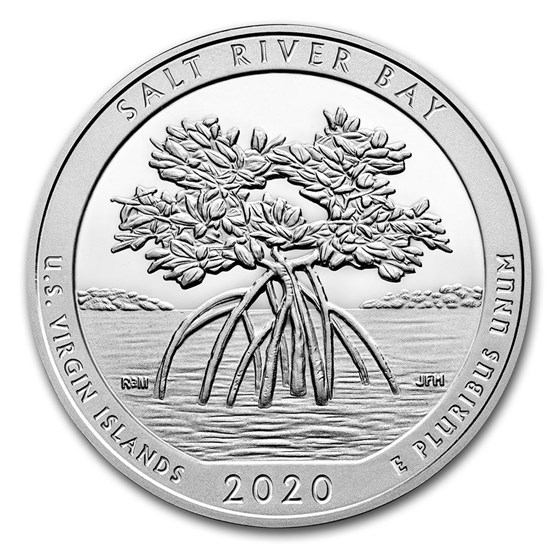 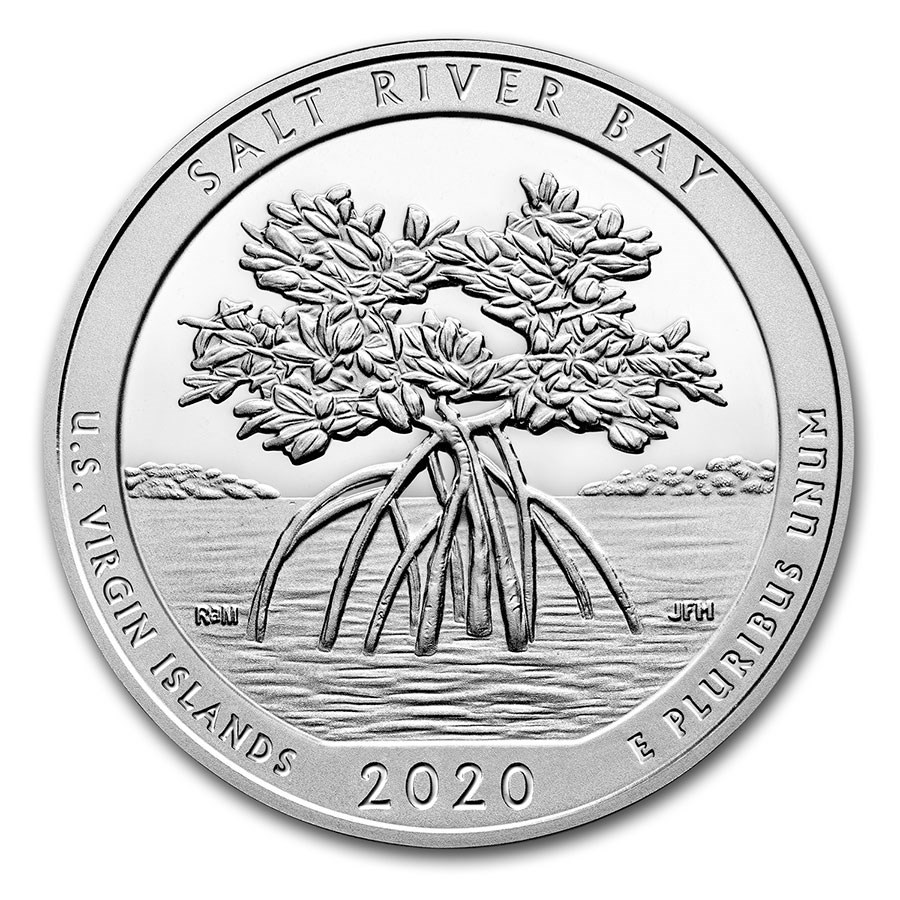 
The America the Beautiful series will include 56 coins. Protect your Silver ATB coin in style by adding a beautiful display box to your order.

Salt River Bay National Historical Park and Ecological Preserve
The Salt River Bay National Historical Park and Ecological Preserve can be found on the north side of the island of St. Croix in the U.S. Virgin Islands. Important plant and animal habitat as well as many historical and archaeological locations are preserved by the park. Also within the park is Fort Salé, the only known site where members of a Columbus expedition landed. This earthworks fortification was erected during French Occupation around 1617 and an ancient Mesoamerican ball court is also preserved within the park. Mangrove forests and the marine habitat of several threatened and endangered species are also protected within the preserve and the bay itself is one of two bioluminescent bays on the island of St. Croix. Visitors come to see the bioluminescent bay, the historical sites and scuba dive through the underwater Salt River Canyon. Congress established the park on February 24, 1992.

These Large Silver coins represent an attractive rendering of geographic wonders in each of our United States while cumulatively amounting to a fair accumulation of Silver. Low mintages lend to their value. Bullion plus!

It's very much collectible series and remind us how beautiful America is.

Among the most beautiful in the series.

The series has been hit or miss.from design to quality, but this release gets it together.

Just received this coin. I was really surprised it was available so soon as the original projection month was June 2020. Super nice coin and I am glad to have added it to my collection. Two more ATB coins to go for 2020.