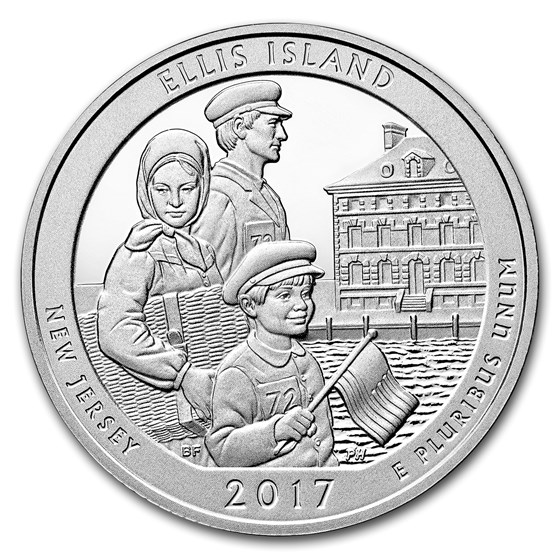 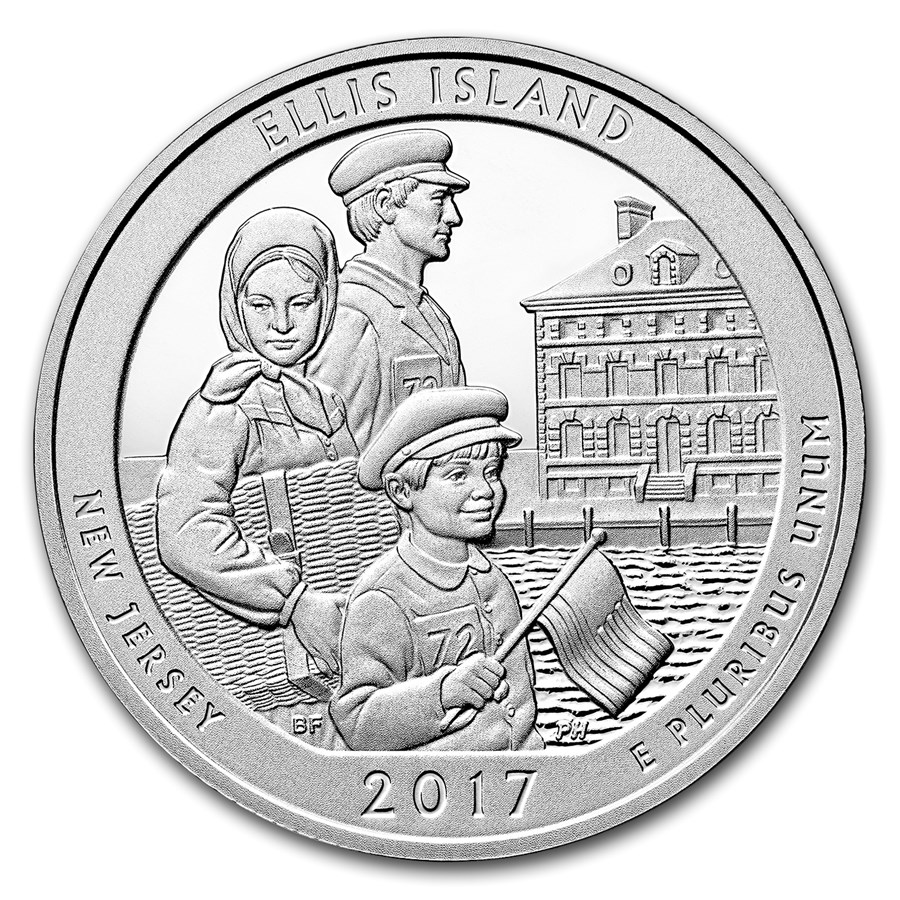 This coin commemorates Ellis Island National Monument in New Jersey. These coins are sought after by investors for their .999 fine Silver content, and demanded by collectors for their artistic value.

Love all the 5 oz quaters that are very collectible