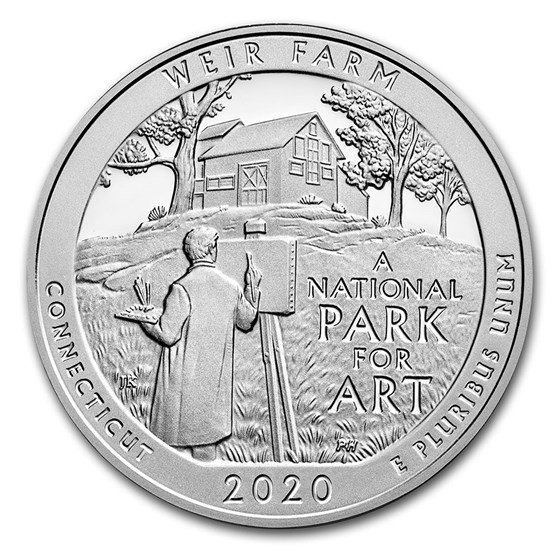 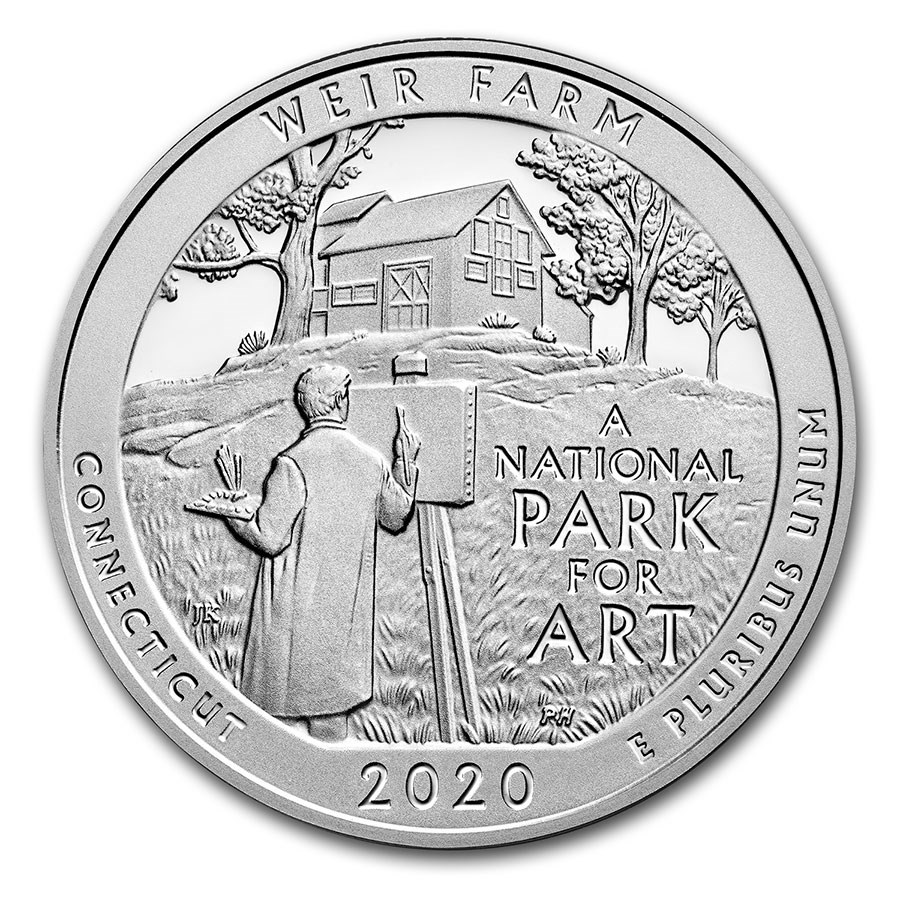 The U.S. Mint does not sell its bullion coins directly to the public. Instead, they distribute their coins to a handful of authorized purchasers, like APMEX, who then sell the coins to the public.

This coin commemorates the Weir Farm National Historic Site in Connecticut. This is the 52nd release of 56 coins. These coins are sought after by investors for their .999 fine Silver content and desired by collectors for their artistic value.

Coin Highlights:
The America the Beautiful series will include 56 coins. Protect your 2020 Silver ATB Weir Farm Historic Site coin in style by adding a beautiful display box to your cart.


Weir Farm National Historic Site
In 1882, American impressionist painter J. Alden Weir found this rural countryside estate and purchased it for $10 and a painting. Located in Ridgefield and Wilton, Connecticut, the Weir Farm hosted many artists over the years who created an abundance of landscape paintings from the surrounding country. Weir's daughter Dorothy, also an artist, managed the property after his death in 1919. She married the sculptor Mahonri Young in 1931 who would build a second studio on the property. Another artist named Sperry Andrews befriended Mahonri Young and lived at the Farm for many years while continuing to paint. Following Mahonri's death, Sperry purchased the property and his wife Doris Andrews worked with Cora Weir Burlingham to preserve the estate. This eventually resulted in the U.S. government designation of the Weir Farm as a historic site in 1990. Today Weir Farm is one of only two sites in the National Park Service devoted to the visual arts and over the years it has maintained an artists-in-residence program with over 150 participating artists.

A best buy with low premium, my first choice

Un-certified bullion coins from APMEX always appear to be in great condition foe an excellent price.

I’m trying to collect all of the ATB 5oz coins. I don’t really dislike any of them.