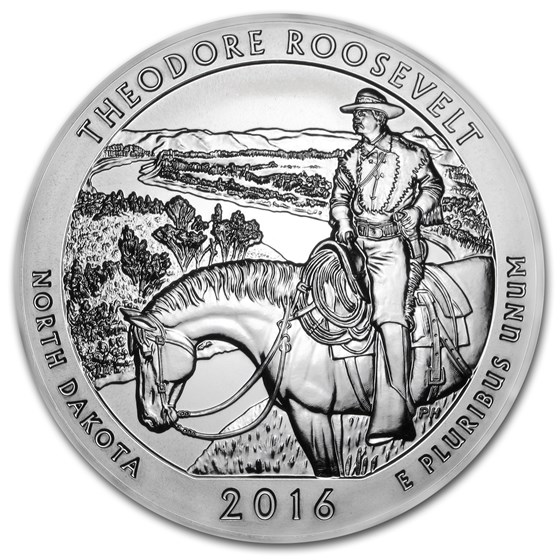 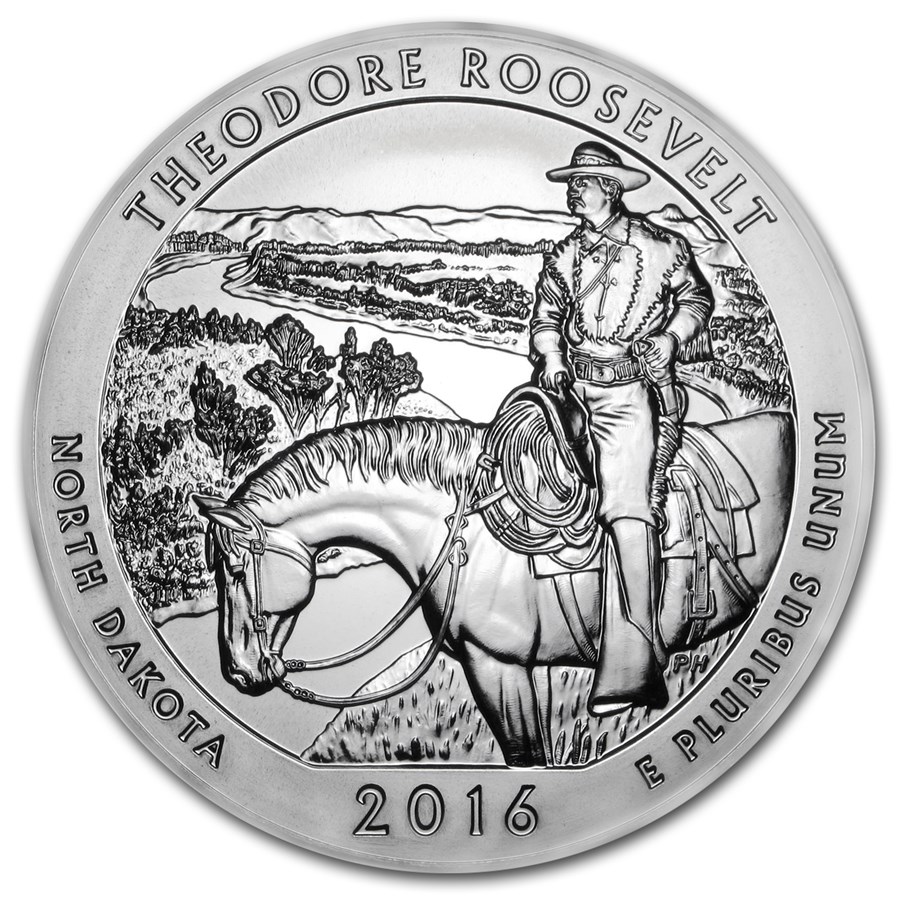 It is the fourth release of 2016 of the U.S. Mint's 5 oz Silver bullion America the Beautiful series and the first design to feature a U.S. president.

Coin Highlights:
Protect your Teddy Roosevelt coin, or Silver America The Beautiful coin, in style by adding a beautiful display box to your order.

This is one amazing coin! Glad I was able to get one.

It's my home state. I've seen that very scene. The Little Missouri River is a great place for the coin scene.

Awesome coin for the price

I'm very impressed with Apmex. What have been looking for this ATB for a while and Apmex has provided this beautiful piece of American History. It came in a protective capsule and came right on time. My goal is to have all 56 coins and I know Apmex will help me achieve my dream. Thank you Apmex. Well done!!

First 5 oz national park I have purchased very pleased with the product .Won't be my last

Product exceeded my expectations but what really impressed me about APMEX was the extremely rapid delivery compared to other coin companies with whom I have dealt.

From:west bank of the delaware

We need to have more cowboy and military coins like this one.

This is a beautiful coin. I have been very pleased with all of the ATB coins I have collected. These seem to have more collectible value than other coins. Thanks Apmex

Working to get the whole ATB set. Great coins with history to teach to the kids. Fun having those coins that you have visited also!