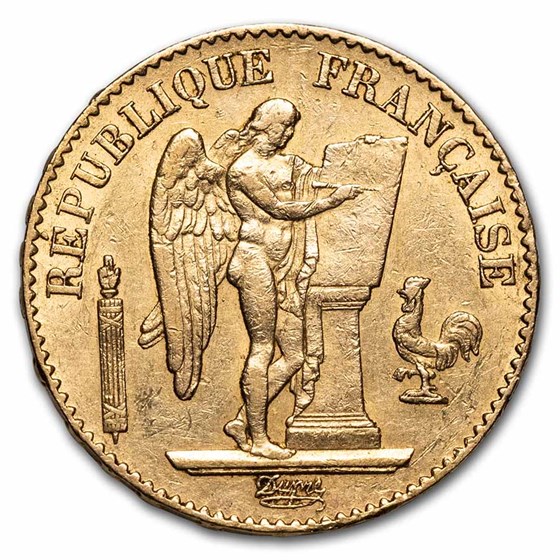 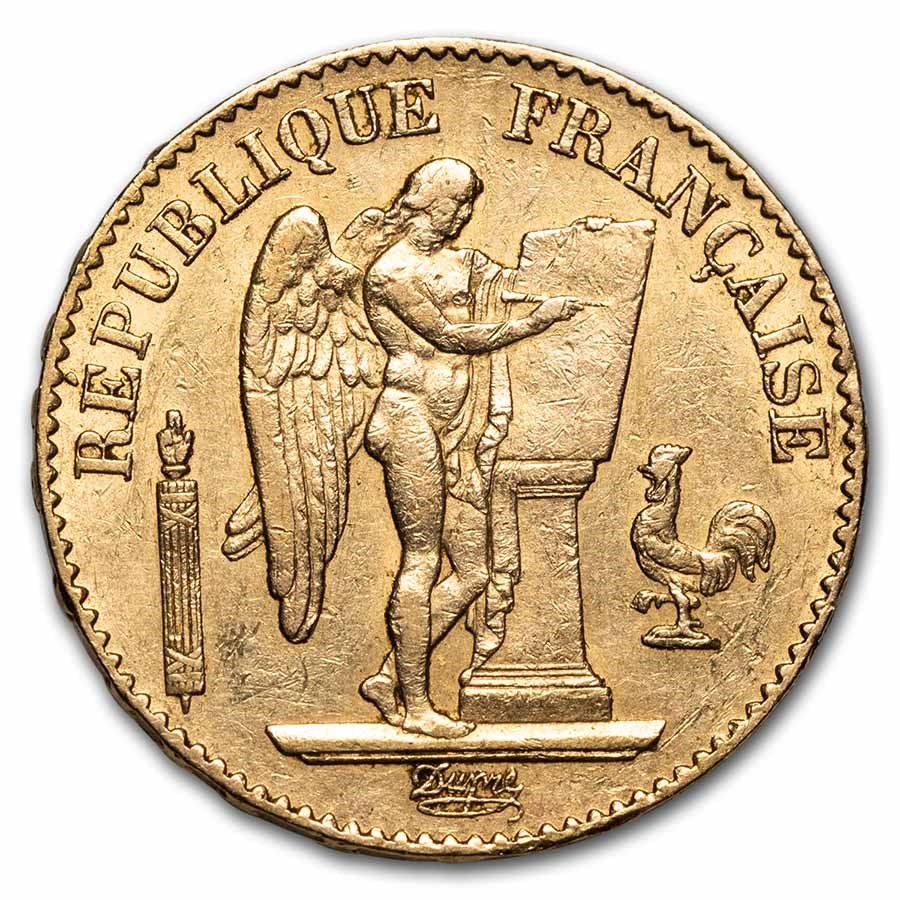 I was lucky. Last one.

I bought this to make a pendent out of and now they are out of stock so maybe I was LUCKY and recieved the last one? Beautiful coin and AU as advertised borderline UNC.

I have been collecting mostly silver. This was my first venture into a gold collectible coin and I couldn’t be more pleased. It is a beautiful little gold fractional and comes with a wonderful backstory and history.

The AU coin I received was in great condition. Thanks Apmex!

Another excellent APMEX transaction. Items were exactly as described, shipped fast and free. Never any complaints with this company. :-)

Purchased my coin to use in a piece of jewelry, better condition than expected with extremely fast shipping.

Right now these sell for just $1.00 over that of the Napolean III or the French Rooster. These contain .1867 oz. of gold, same as those two. For bullion, these are great. Everyone wants a lucky angel. Don't you feel it's good to have a guardian angel around all the time? I do. In fact I Hope to become one some day. This coin is available in a book sometimes, and it's got a very interesting story attached to it. A man was saved from the guillotine because he carried one of these in his pocket. I got an 1877 once, really felt that was a lucky coin. Buy one just because it's fun, adventurous, and who can't use some good luck? May God Bless, and why not buy a beautiful gold angel minted in Paris? It's truly a beautiful coin!

It's a nice little coin, coming from France, with a nice design and a bit of legend/history attached to it. And on this item, Apmex's price was surprisingly competitive: the premium over the spot gold price is reasonable, in the same range as the other French sibling coin, the rooster. Condition was extra-fine, as described