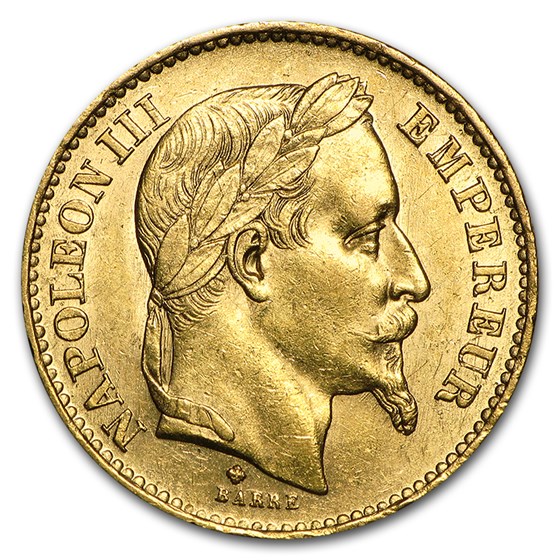 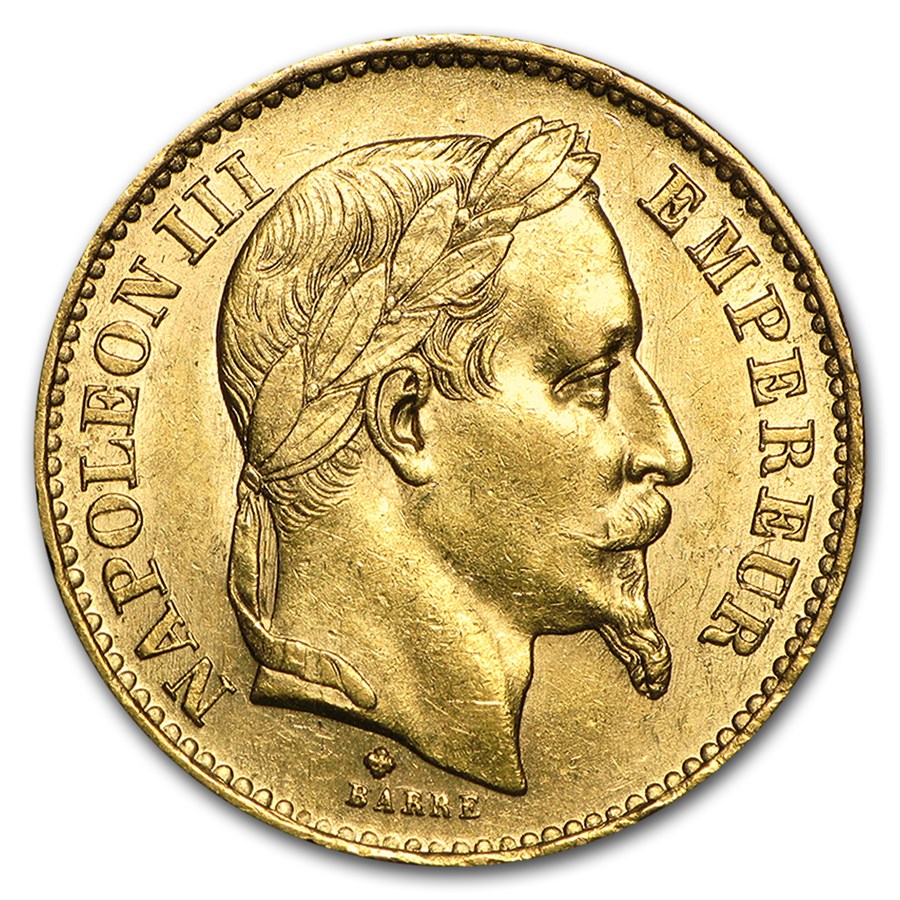 $361.98
Any Quantity
Product Details
Product Details
Well preserved 19th century French Gold. Each coin contains .1867 oz of pure Gold, and these 20 Franc coins have a likeness of Napoleon III, Emperor of France from 1852-1870.

Coin Highlights:
Protect and display your coin in style by adding a protective capsule recommended for this coin.

I received this coin in very, very nice condition. I was pleasantly surprised. This is a great way to stack fractional gold at a reasonable premium.

This coin is sharp & sure looks like a higher grade very pleased.

I received a better than minimal grade AU coin dated 1866 from AMPEX. These type coins are not that easy to locate in this day and age. My coin is just short of being BU in my opinion. In addition, this coin has an interesting lettered edge. This is a historical and bullion coin rolled into one. Recommended.