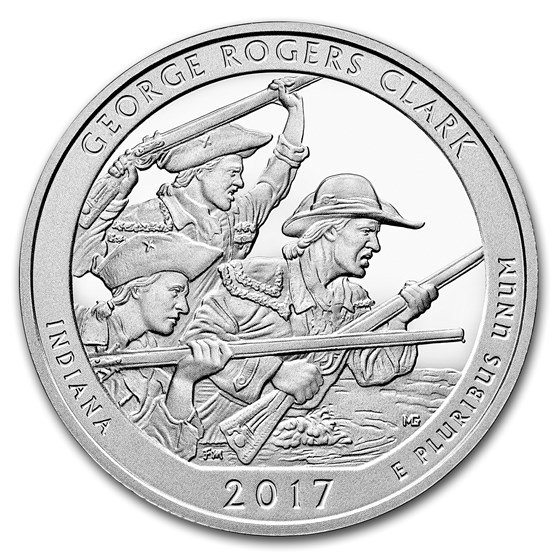 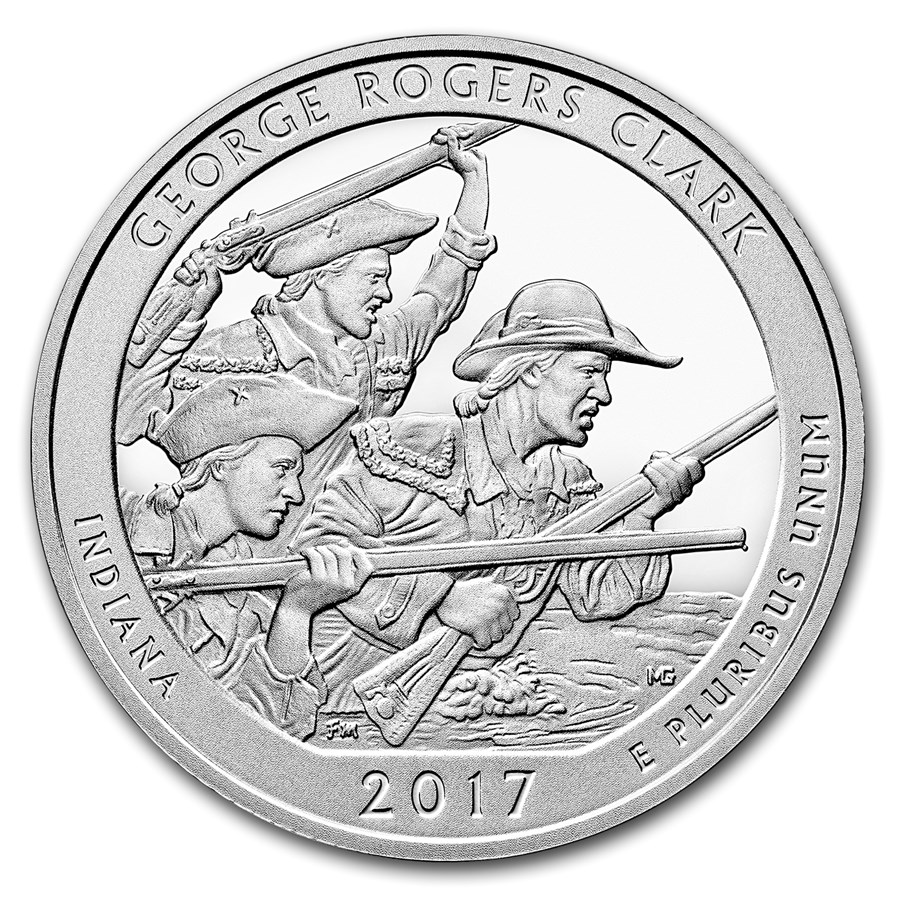 Product Details
Product Details
Sold out at the Mint! George Rogers Clark National Park is where colonial Americans overthrew the British to win a vast expanse of frontier land. This coin is the fifth release of 2017 in the U.S. Mint's 5 oz Silver bullion America the Beautiful series.

This coin commemorates George Rogers Clark historical Park. These coins are sought after by investors for their .999 fine Silver content, and demanded by collectors for their artistic value.

Just arrived the other day looks great it came packaged very well. Apmex always puts the 5oz A.T.B. coins in air tight capsules, which is a plus. Thanks Apmex.

Ordered one and now I am hooked. Great for showing history to grand kids