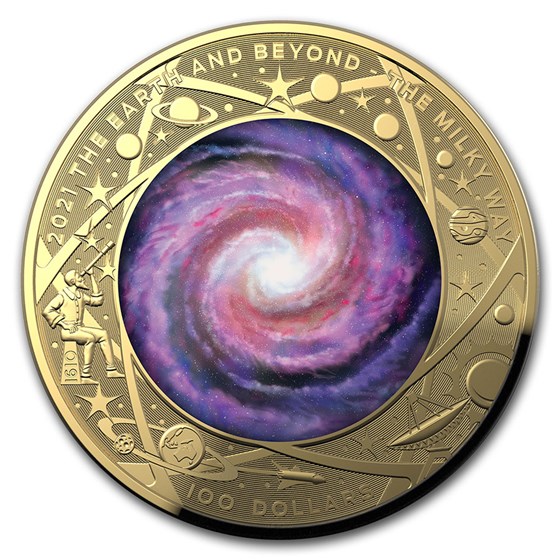 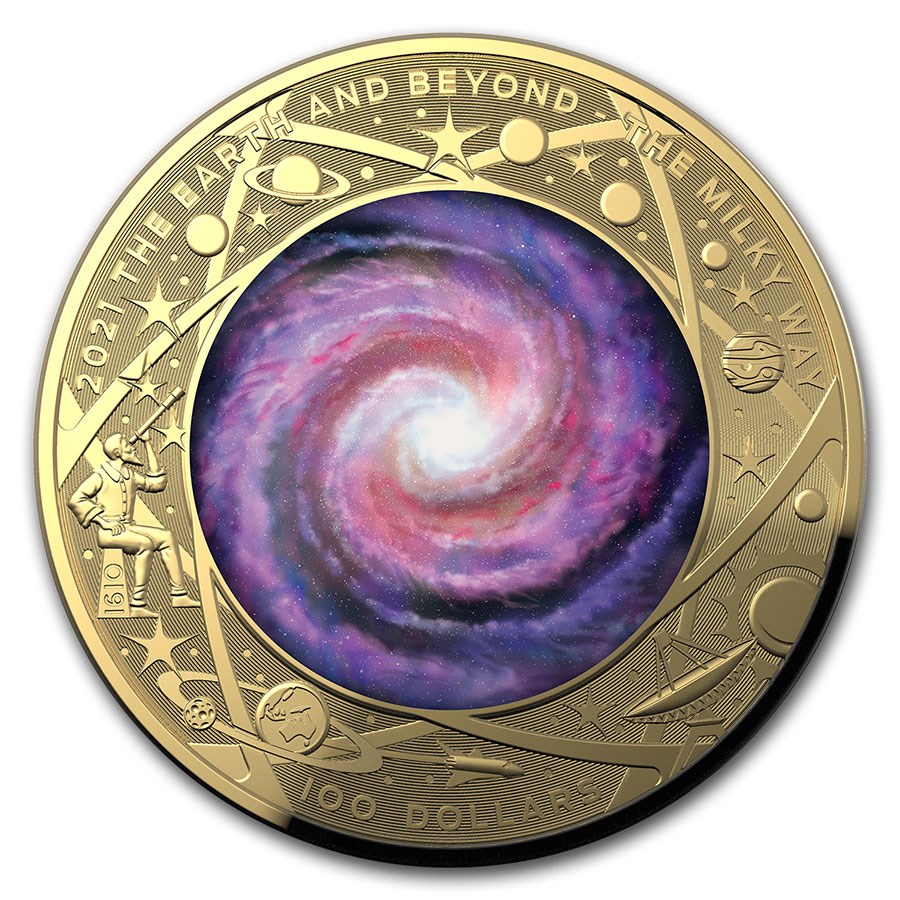 These items are on a slight delay with an expected ship date of March 11, 2021. Your entire order will ship upon their arrival.

Product Details
Product Details
Commemorate our Milky Way galaxy with this majestic .9999 fine Gold Domed-shaped, colorized Proof coin with an extremely limited mintage of 750. The coin is packaged in a display box with a numbered certificate and outer packaging.

Previous 1 ounce Gold Domed coins from Royal Australian Mint have quickly sold out from the Mint, some even in the first few weeks of the release! Now is your chance to own an extremely limited mintage, beautiful .9999 fine Gold coin with a Proof finish. The coin is elegantly packaged in a box that displays both the coin and the certificate, and also included is a Milky Way-themed outer box.

The Earth and Beyond
The Royal Australian Mint first launched a three coin Earth and Beyond series in 1 oz Silver, with a Domed finish. The series featured the Earth, the Moon, and the Sun. New for 2021, the Mint has produced an additional release in both 1 oz Silver and 1 oz Gold, featuring the Milky Way galaxy. The Gold Domed coin is colorized to show the beauty that is the Milky Way.