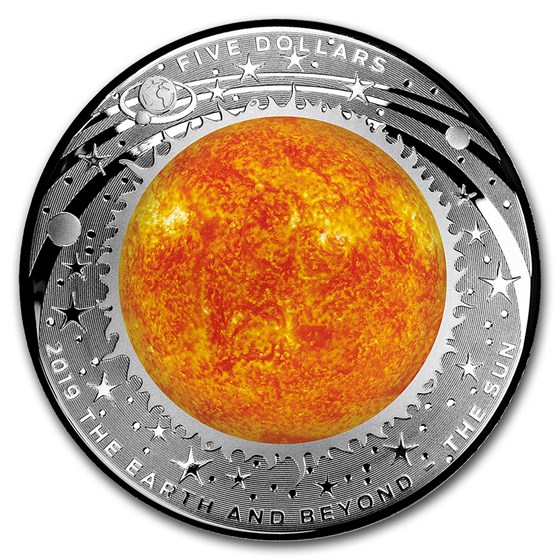 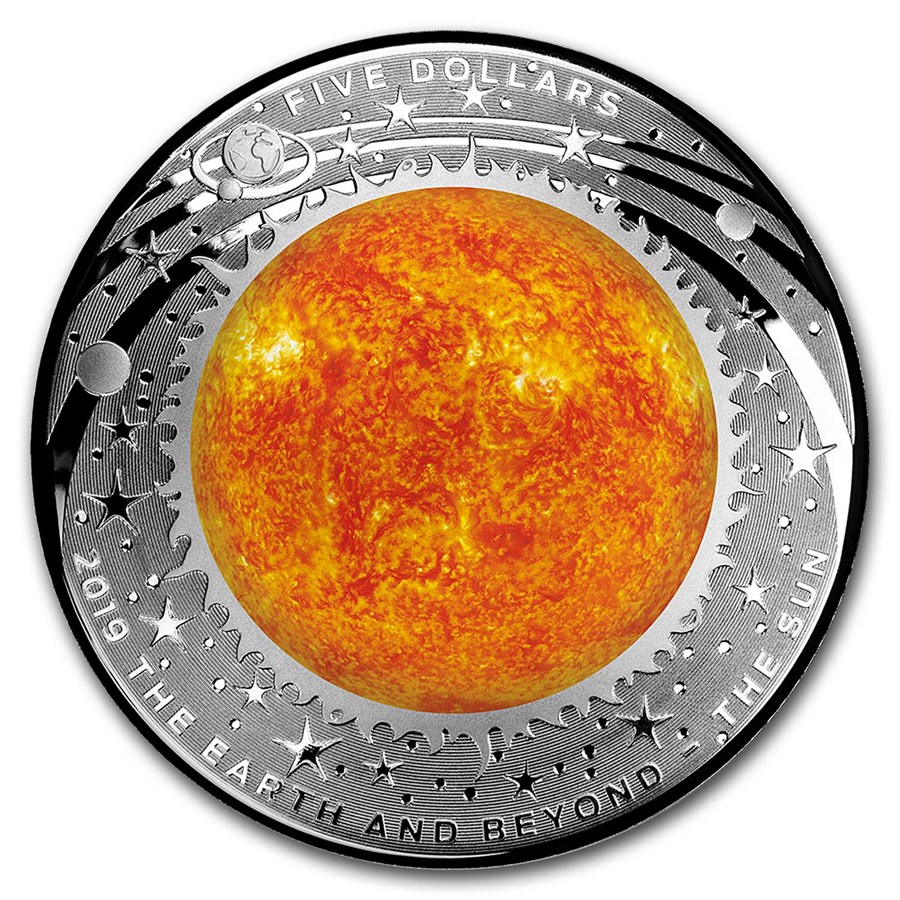 $30.19 $31.19
Any Quantity
Product Details
Product Details
North American APMEXclusive® Celebrate our shining star with this special Royal Australian Mint Domed coin featuring the Sun. The third and final in the three coin The Earth and Beyond series, this .999 fine Silver coin is beautifully detailed.

Coin Highlights:
Following their sold out series of the Silver Southern Domed coins and Silver Northern Domed coins, the Royal Australian Mint has once again produced a series enjoyed by all. Add the Silver $5 Australia Colorized Domed Sun coin to your cart today!

The third and final coin in The Earth and Beyond Silver Domed coin series features the Sun, the star of our solar system. This release follows the popular release of the second coin in the series, the Moon Domed coin from the prior year.

The largest object in our solar system, and Earth's main source of energy is our beloved Sun. It holds the solar system together, with the rest of the planets revolving around the fiery star. The Sun has a surface temperature of about 10,000 degrees Fahrenheit, but is much hotter at it's core, at about 27 million degrees Fahrenheit. The Sun has almost 110 times the diameter of the Earth, and is known as a Red Dwarf.

Amazing coin depicting our sun. It is colorized, so it appears to be glowing. And it is a domed coin - adding to the effect.