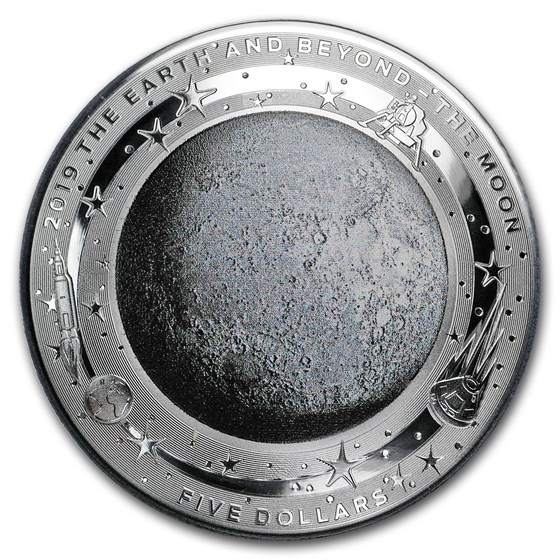 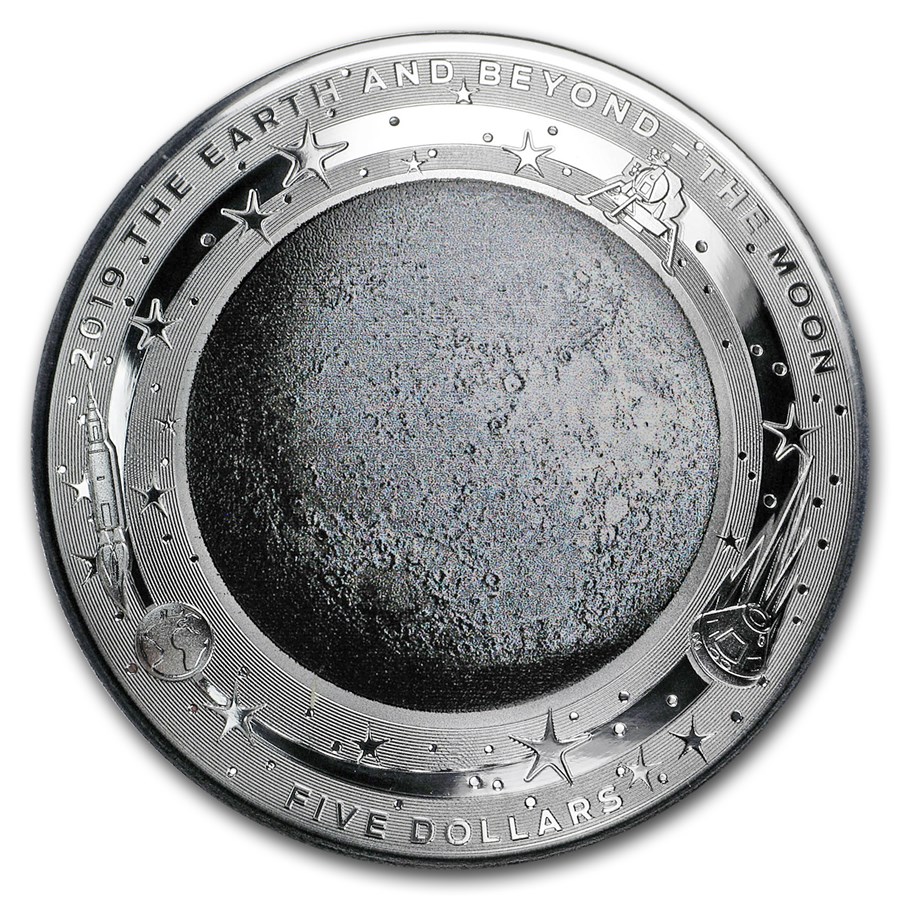 Product Details
Product Details
North American APMEXclusive® Celebrate our celestial companion with this enthralling Royal Australian Mint Domed coin featuring the Moon. The second in the three coin The Earth and Beyond series, this .999 fine Silver coin is beautifully detailed.

Coin Highlights:
Following their sold out series of the Silver Southern Domed coins and Silver Northern Domed coins, the Royal Australian Mint has once again produced a series enjoyed by all. Add the Silver $5 Australia Colorized Domed Moon coin to your cart today!

Second in The Earth and Beyond Silver Domed coin series features the Moon, our closest celestial companion. This release follows the popular release of the first coin in the series, the Earth Domed coin earlier in the year. The Moon has inspired art, literature, navigation and science for thousands of years, but still holds an aura of mystery and awe for the beholder.

The design on this coin is really something else. There's a lot of detail and the shape of the coin really lets the image pop out; I will be getting the earth coin to add to my collection very soon. Definitely worth the money for these limited-mintage coins.

This is a beautiful coin added to the 3 part series. This is an unbelievable value right now. Look at the value of the 2018 Earth release already. I bought a few extra to sell later as well. Great opportunity!

All I can say is spectacular! Can’t wait to see what comes out next.