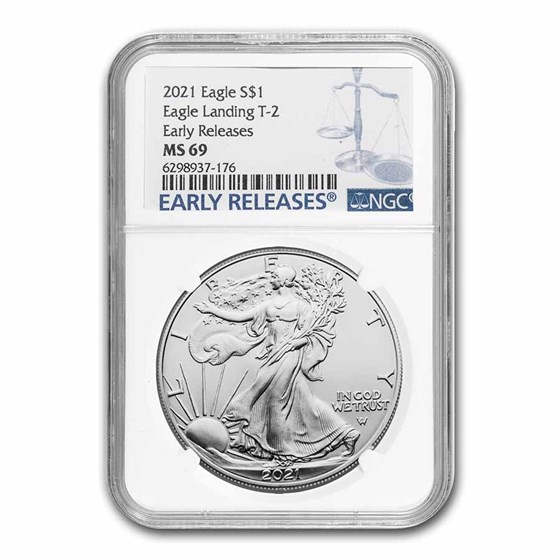 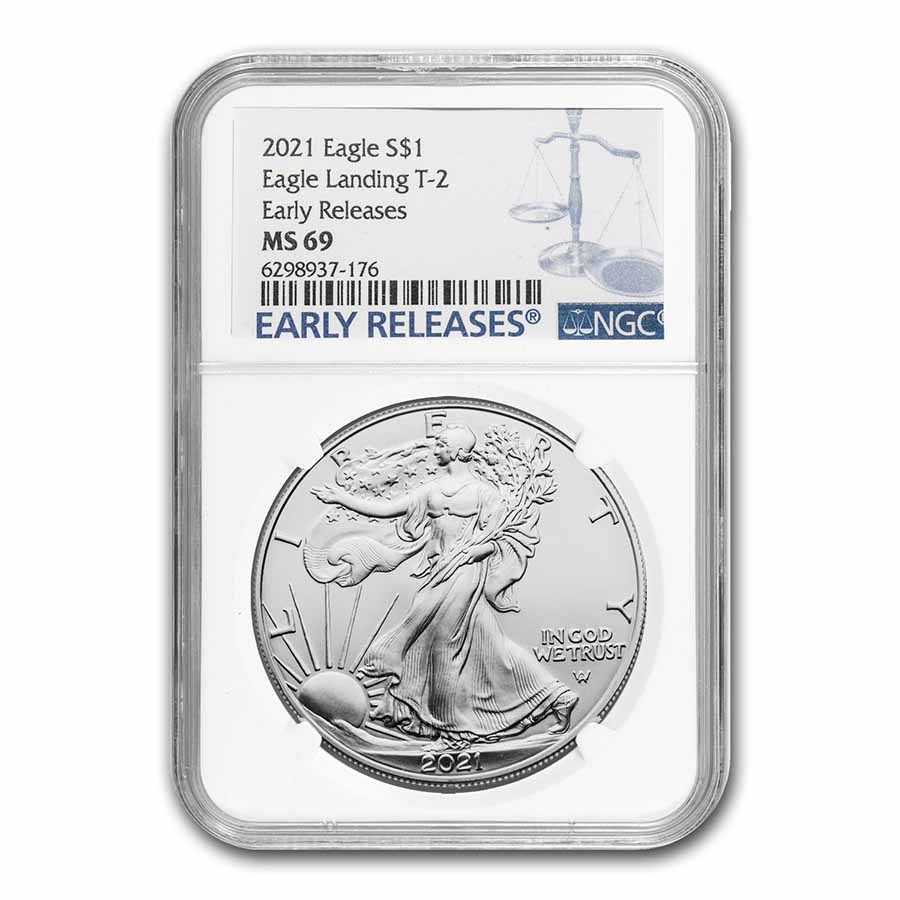 Product Details
Product Details
NGC certification adds to the collectible value of this 2021 Type 2 Silver Eagle, the first issue in 35 years to bear a new design. Certified with the Early Release designation, this is one of the first coins of this historic type released.

NGC certification adds to the collectible value of the 1 oz 2021 Type 2 American Silver Eagles, the first issue in 35 years to bear a new design. Certified with the Early Release designation, this is one of the first coins of this historic type released from the mint.

For the first time since their 1986 introduction, the Silver Eagles received an updated design. This introduction, coming at a time of unprecedented demand for bullion, led to a very limited supply of coins available.

Protect and display your Silver Eagle in style by adding an attractive display or gift box to your order.

One of the most popular designs in American coinage, the Silver Eagle combines beauty with Silver bullion appeal. Add the 2021 Type 2 Silver Eagle to your cart today!

Updated Silver Eagle Design
AIP Designer Emily Damstra created the 2021 Silver Eagle design for the 35th anniversary year, which was then sculpted by Mint Medallic Artist Michael Gaudioso. The 2021 American Silver Eagle design depicts a single eagle coming in for a landing, carrying an oak branch as if to add it to a nest.

The American Silver Eagle Coin Series Original Design
This original design, introduced in 1986, was not the first time used in circulation. Weinman's Walking Liberty design was introduced during a time in which American coinage beauty was lacking. The Walking Liberty Half Dollar was minted between 1916 and 1947. The design was an instant hit with the public as a reminder of American ideals, opportunity and patriotism. The American Eagle coin's obverse design is Adolph A. Weinman's full-length figure of Liberty in full stride, enveloped in folds of the flag, with her right hand extended and branches of laurel and oak in her left.