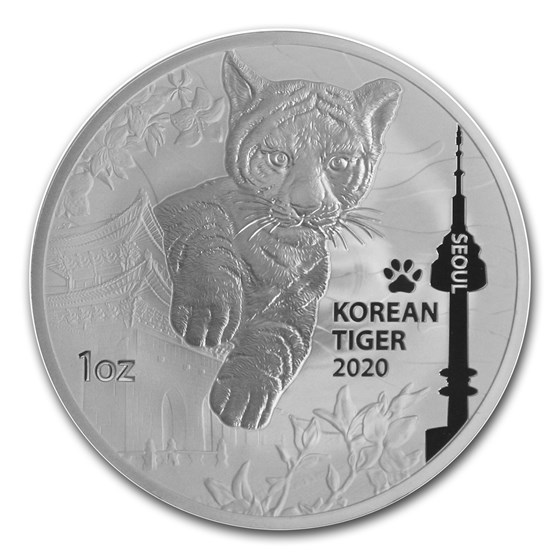 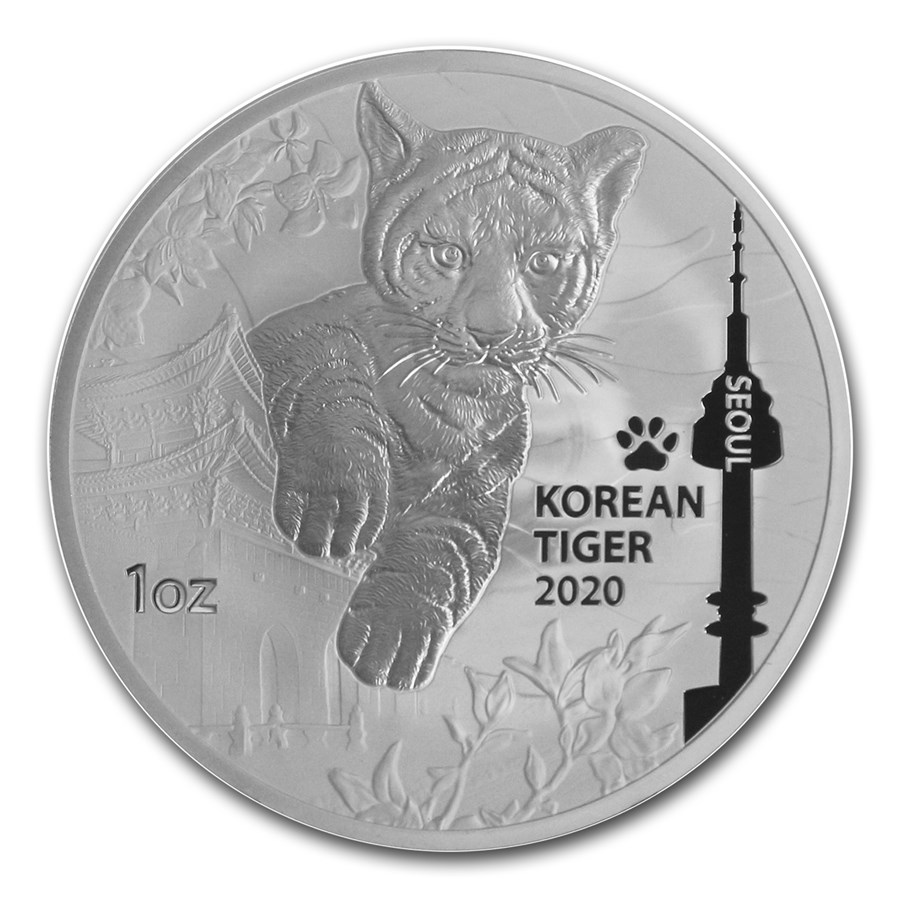 Your purchase will match the quality of the product shown.
Product Details
Product Details
Famous for their Chiwoo Cheonwang Silver Bullion series, KOMSCO, the official mint of South Korea, has launched the 2020 Korean Tiger Bullion featuring a new story concept.

This release begins the story of a tiger cub depicted with famous landmarks of South Korea during the country's four season.

Don't miss the chance of owning the second release of Korea's Silver Tiger bullion series. Add one of these Korean Silver Tiger medals to your cart today!