The U.S. Mint does not sell bullion coins directly to the public. Instead, they distribute their coins to a handful of authorized purchasers like APMEX, who then sell the coins to the public.

In the years between 1838 and 1933, the U.S. Mint produced Gold coinage that was used as legal tender. The Gold Reserve Act of 1934 removed Gold from circulation in the United States and made it illegal to own Gold bullion. Even now, these historical Pre-1933 coins are wildly popular and highly prized as beautiful collectibles with a great deal of numismatic value.

Since its initial minting in 1986, the most popular U.S. Gold coin has been the highly valued Gold American Eagle, but that is not to say that Gold Buffalos, U.S. Silver Dollars, Platinum American Eagles or Silver American Eagles do not have avid collectors. Beyond their value and purity, U.S. Mint coins are also treasured for their versatility. 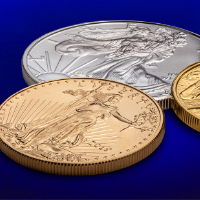 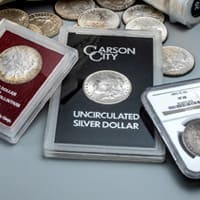 How to Collect Morgan Silver Dollars 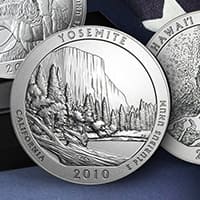 How are Coin Designs Chosen for the America the Beautiful Coins?