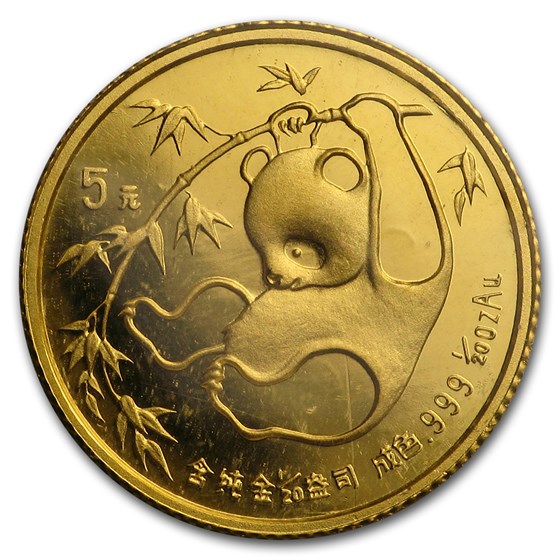 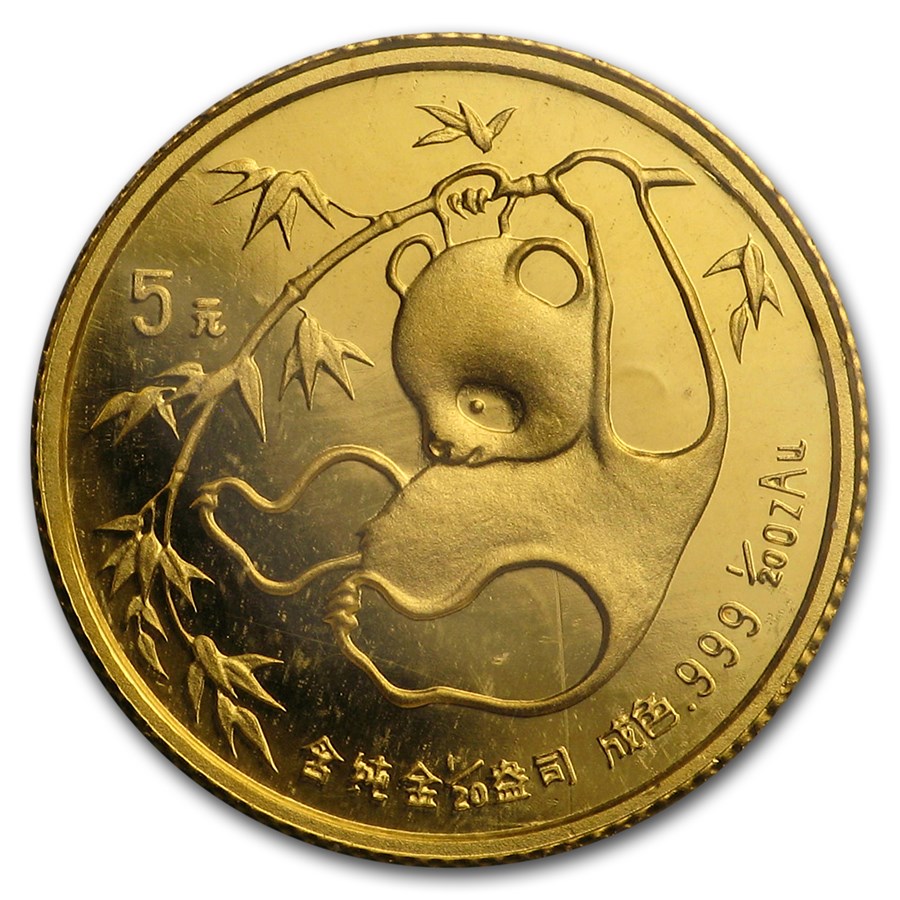 Your purchase will match the quality of the product shown. Dates will be of our choosing and may or may not vary, determined by stock on hand.
Product Details
Product Details
These coins are typically dated from 1984 to 2015. Great way to add to your investment portfolio.

Coin Highlights:
Protect your Gold Panda in style by adding an attractive presentation box to your order.

Enhance your existing Chinese Gold Panda collection with one of these highly sought after coins. Add a random date 1/20 oz Gold Chinese Panda coin to your cart today!

The panda was often compared to the yin and yang because of its black and white spots. The colors stand in stark contrast to one another one the animal's pelt. The panda's calm demeanor was a demonstration of how, when balanced, the yin yang were harmonious and peaceful.