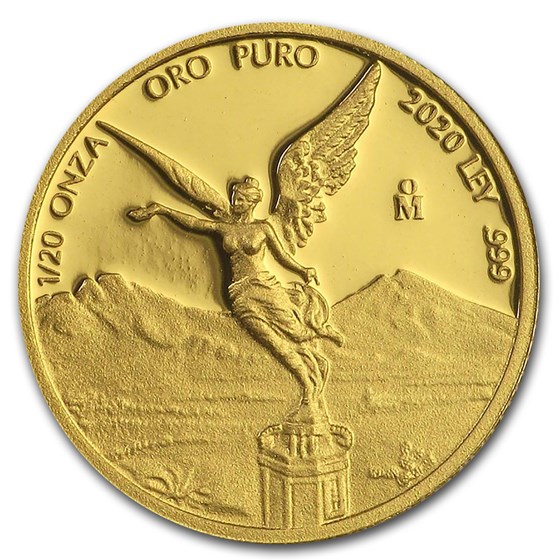 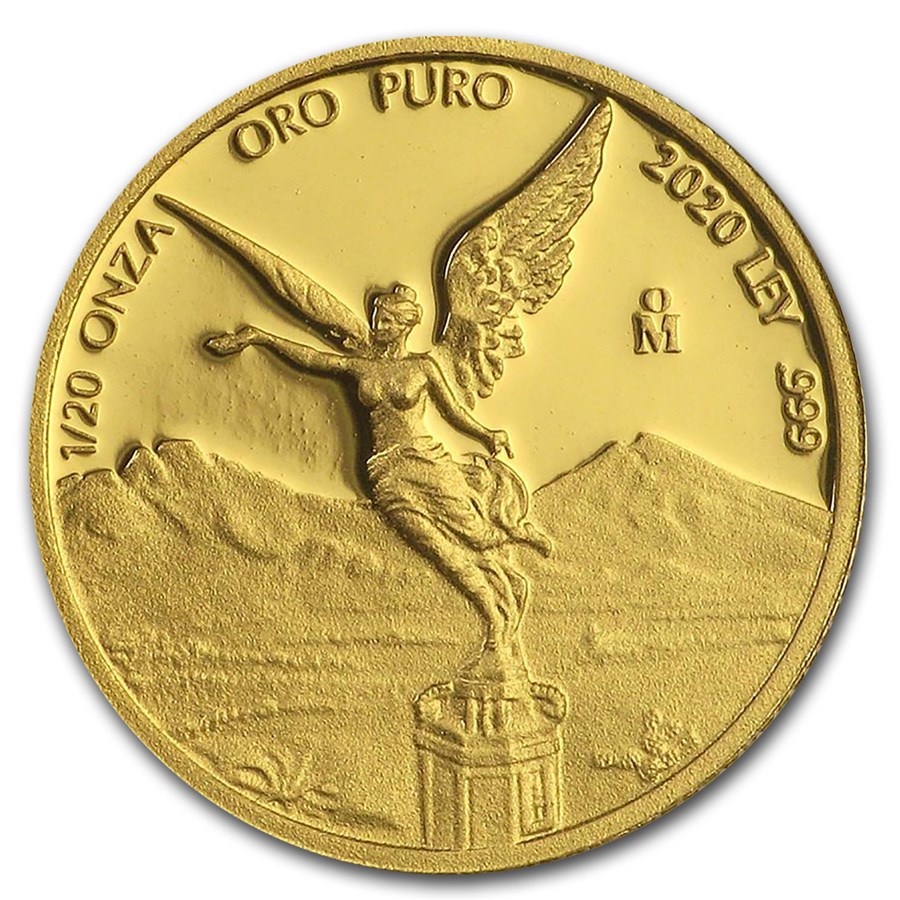 Product Details
Product Details
This .999 fine Gold Libertad coin comes to you in a beautiful Proof finish. This 2020 1/20 oz release has only 250 coins produced, the lowest mintage to date.

This magnificent Proof Gold coin is a popular choice not only because of its attractive design, but also its mintage at Casa de Moneda de México, the oldest mint in North America. Add this 2020 1/20 oz Gold Mexican Libertad coin to your cart today!

Mexican Gold Libertads
While Gold Libertads were first struck in 1 oz Gold in a Brilliant Uncirculated finish in the year 1981, and a 1 oz Proof coin introduced in 1983, the coin was not struck in this 1/20 oz size until 1991 for the BU, and not until 2004 for the first 1/20 oz Proof Gold Libertad. The design on the coins is based on the historical Centenario coin that celebrated the 100th anniversary of Mexico's independence from Spain. Fractional Gold Libertad coins offer collectors a lower price point to collect these beautiful coins than its 1 ounce counterpart. Gold Libertads are known to have low mintages for bullion coins, making backdated coins difficult to come across, and adding to the collectibility of the series.