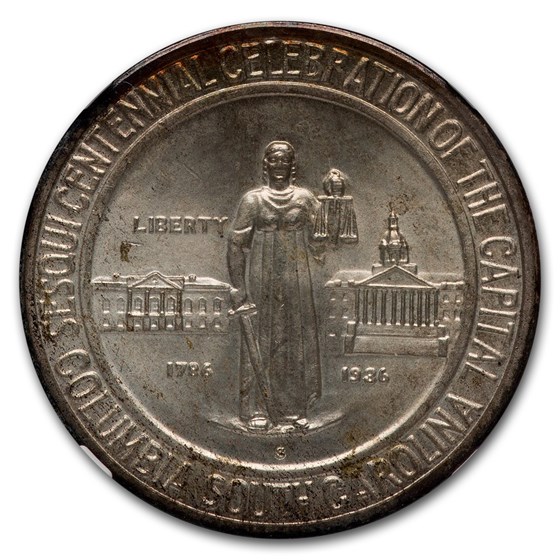 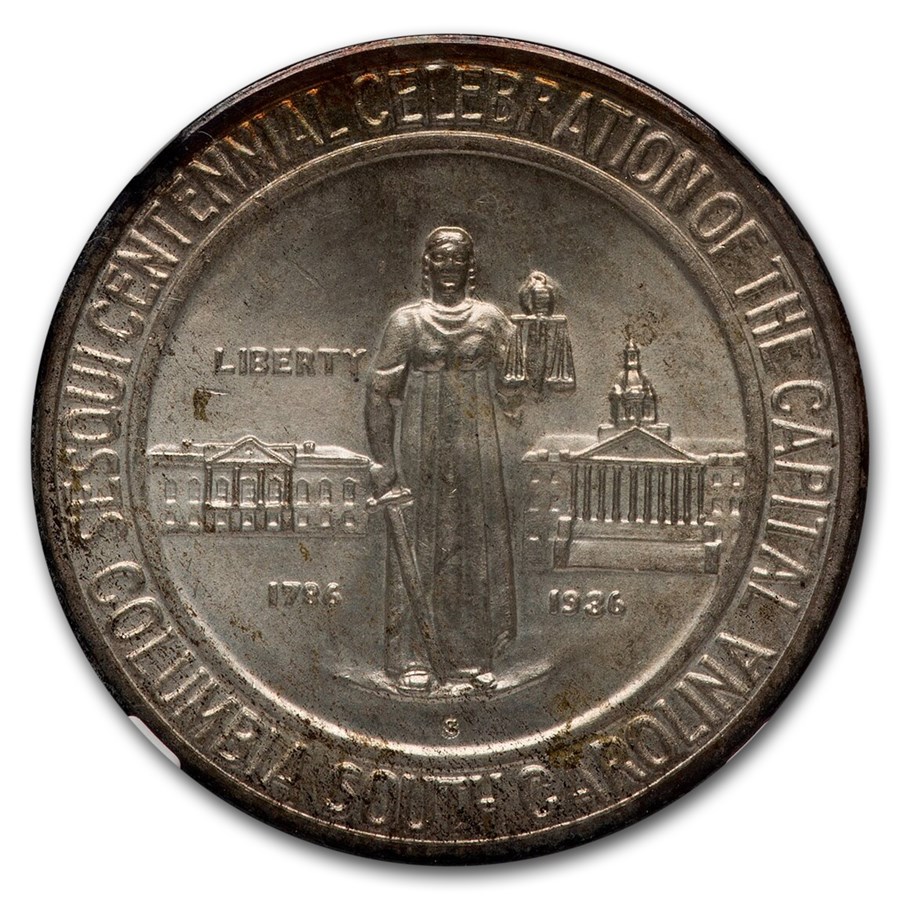 The product pictured is the exact product you will receive.
Product Details
Product Details
Only $869.00 per coin
These half dollars were authorized to help finance the sesquicentennial celebration of the founding of Columbia in 1786.

Coin Highlights:
Protect and display your Columbia South Carolina Half Dollar in style by adding an attractive display or gift box to your order.

Columbia, South Carolina was established as the capital in 1786, although meetings were not held in the new capitol building there until 1790. Charleston was the capital until that time. This coin was made to celebrate the 150th anniversary of the 1786 change of the capital city. A set was originally sold consisting of three coins. One coin each from Philadelphia, Denver, and San Francisco Mints.