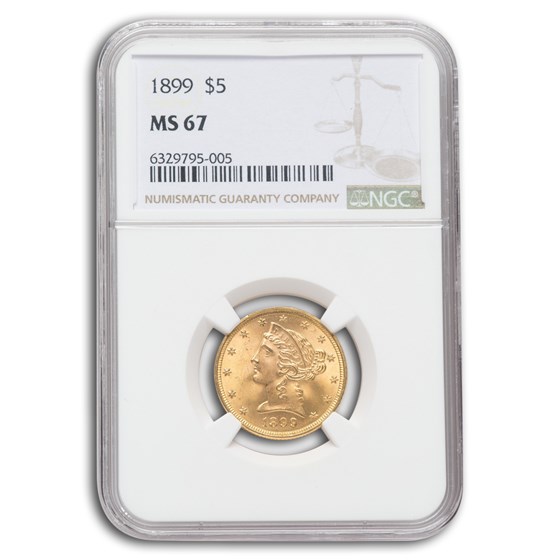 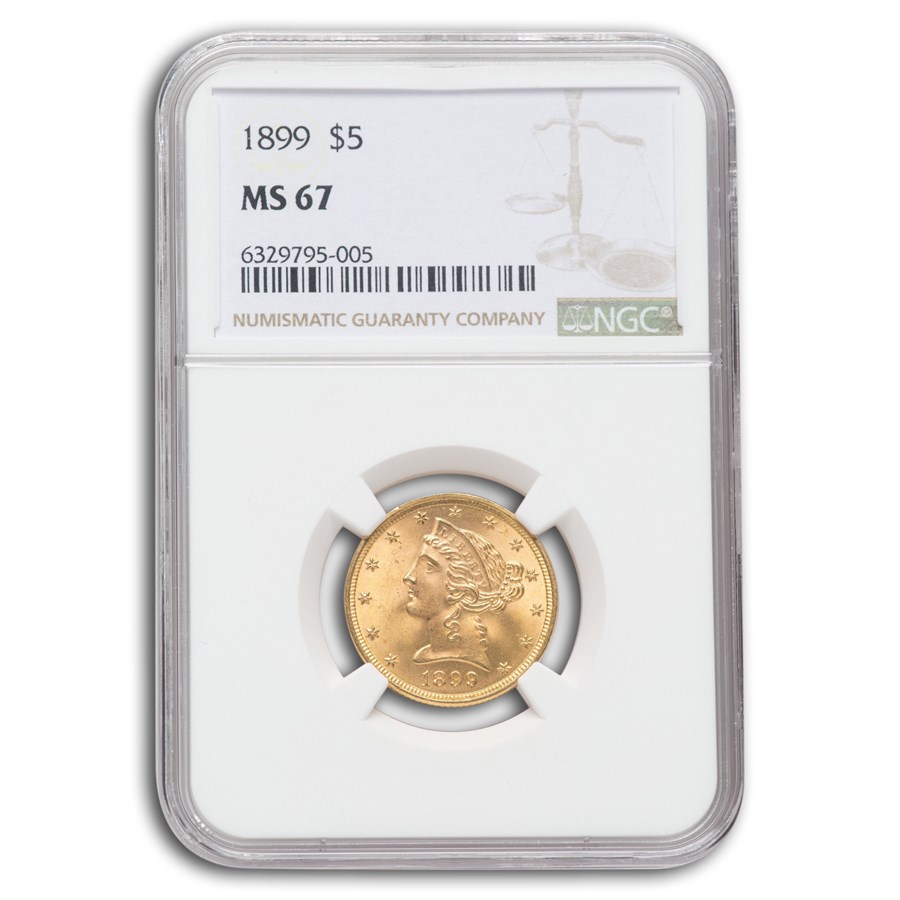 The product pictured is the exact product you will receive.
Product Details
Product Details
Superb Gem! With only 1 known finer, this beautiful coin is a striking example of historical Gold coinage. Essentially "As-Struck" from the moment it left the dies in 1899, this is a highly desirable, end of the 19th-century issue.

Coin Highlights:
Display your graded Liberty Gold Half Eagle in style by adding an attractive presentation box to your order.

Coins were produced mainly at the Philadelphia Mint on a continuous basis during the entire span. Additional pieces were made from time to time at Carson City, Charlotte, Dahlonega, Denver, New Orleans and San Francisco. In general, Charlotte and Dahlonega pieces are scarce.