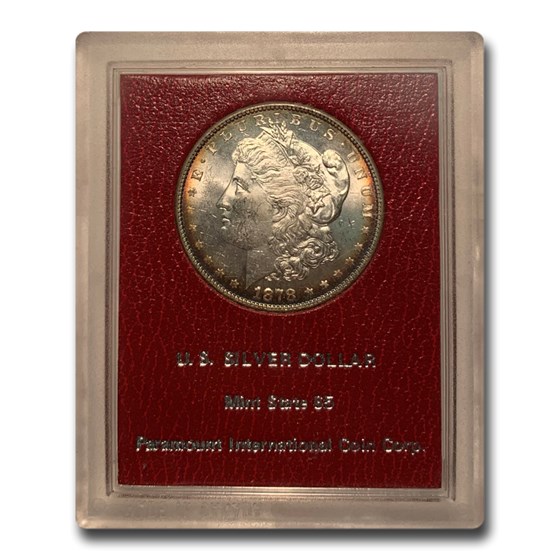 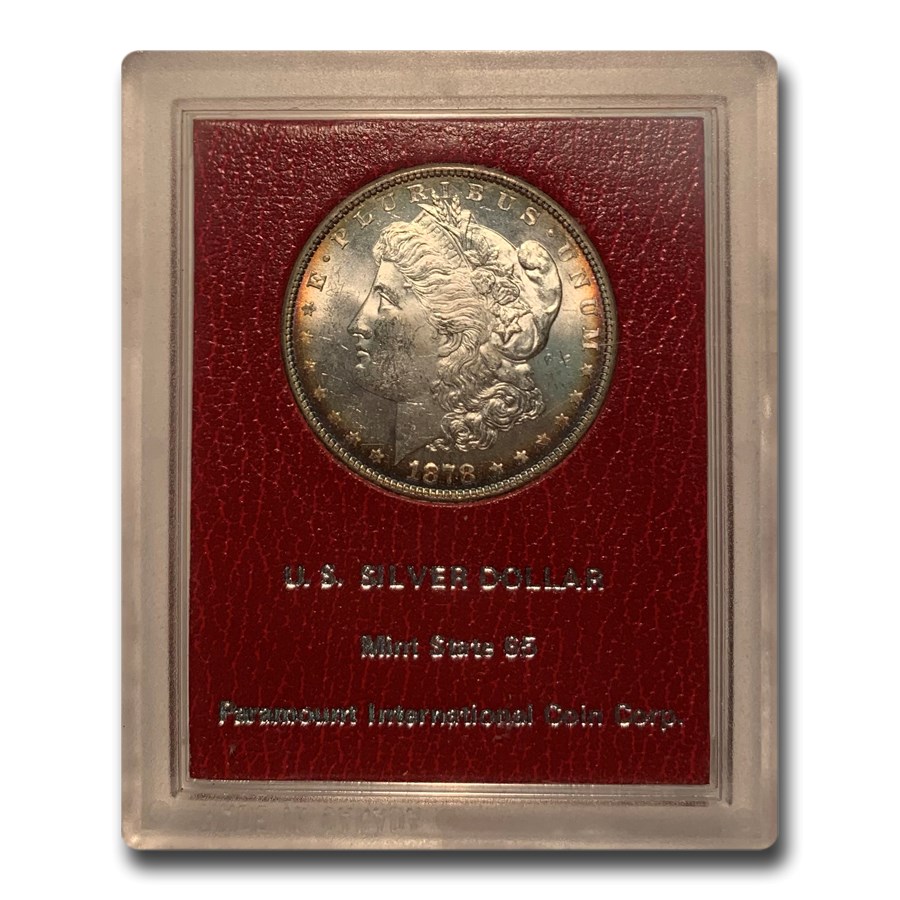 Your purchase will match the quality of the product shown.
Product Details
Product Details
This 1878 8 Tailfeather Morgan Silver Dollar has been graded by the Paramount International Coin Corp. as being in MS-65 condition along with being in their highly distinguishable holder.

Coin Highlights:
This piece of American history will instantly add value to any collection. Add this certified 1897 Redfield Hoard Morgan Silver Dollar to your cart today!

The LaVere Redfield hoard of 400,000 coins, mostly mint condition, was found sealed behind a false wall in his basement. The bachelor Redfield had lived near Reno for more than 70 years and hoarded these coins. After his death, the county court disposed of the hoard at an auction in 1976 for more than $7 million. The successful bidder split the hoard among several dealers. These pieces, later encased in small, red plastic holders, are known simply as "Redfield dollars."