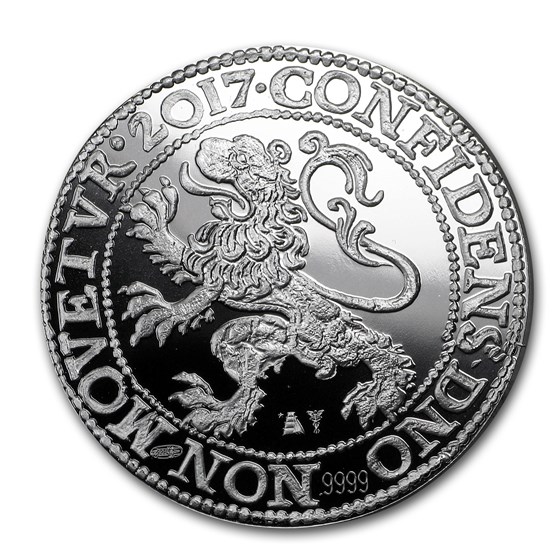 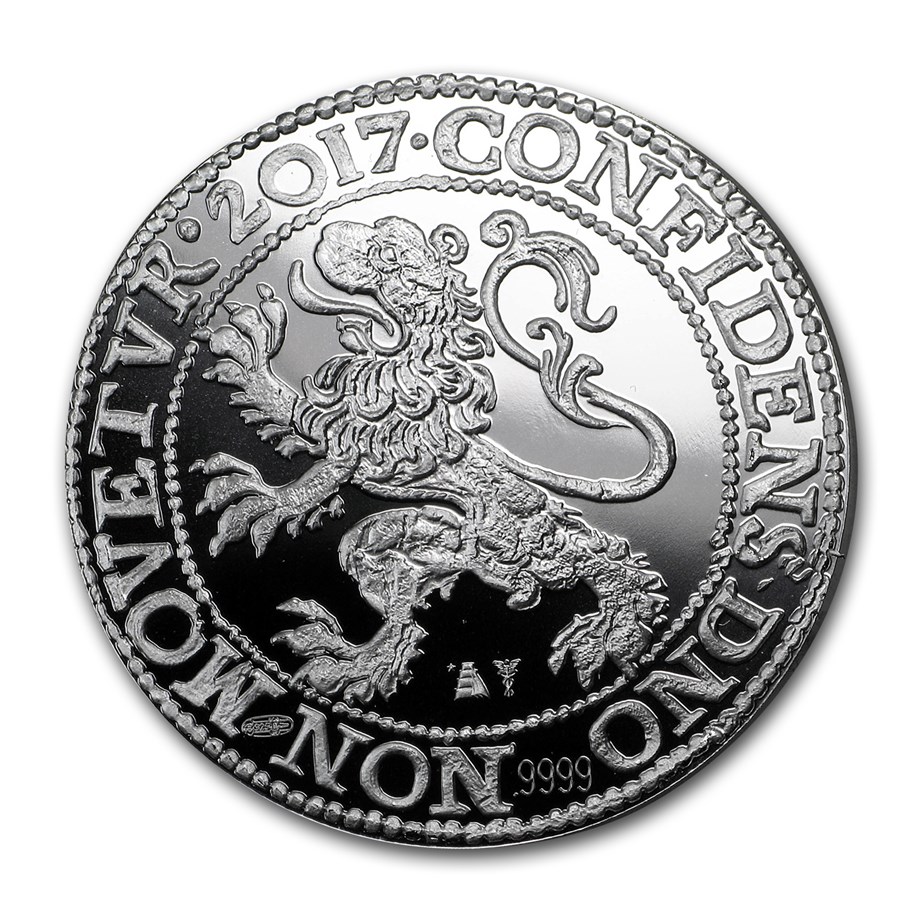 Product Details
Product Details
With a history of more than 400 years, the Royal Dutch Mint presents a 1 oz Proof Lion Dollar restrike similar to the coins traded in the 17th century.

New for 2017, the Royal Dutch Mint has released a modern lion daalder, the Dutch thaler, restrike based on the design originally issued in 1617.

Coin Highlights:
This stunning Silver Proof coin is loved around the world for its 1 oz metal content and classic, restrike design. Add the 2017 Silver Lion Dollar Restrike to your cart today!
Extremely low mintage of only 5,000 Silver coins makes these 2017 Lion Dollar Restrikes highly valuable for coin collectors and investors.

84% of reviewers recommend this product

Great design - it looks "regal." The box and COA look nice and great for displaying. My first proof coin and it is limited to only 5,000.

CERTIFICATE SAYS -- ULTRA CAMEO -- I SEE NO CAMEO WHATSOEVER. THE PROOF LOOKS (,EXACTLY ) like the business strike NO ULTRA CAMEO - NO CAMEO - DISSAPOINTED ON THAT FEATURE. DID NOT EXPECT THE BUSINESS STRIKES TO LOOK LIKE PROOFS . THE COINS ARE BEAUTIFUL THOUGH.

Beautiful coin that will hopefully appreciate over time

Milk spots on coin hence 4 star review. Not a deal breaker but something the Dutch mint should address since this is a collector coin.