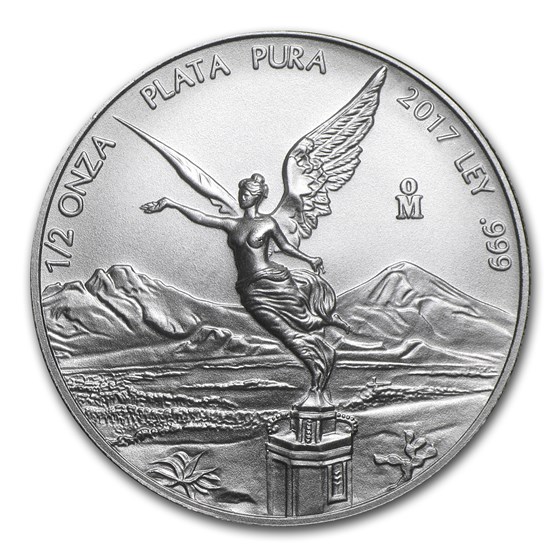 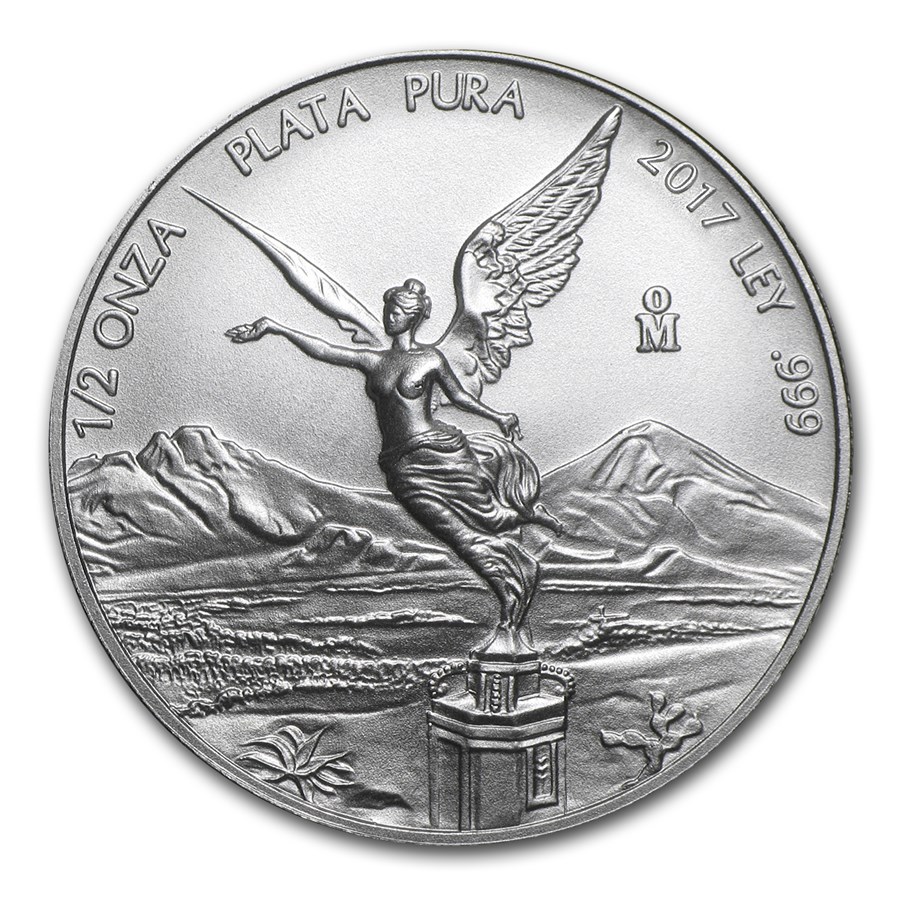 Coin Highlights:
Handle your 2017 1/2 oz Silver Libertad with care by adding these cotton gloves to your order.

The Mexican Silver Libertad honors the legend of two Mexican volcanoes in the background of the reverse. According to a pre-Columbian legend, a warrior named Popocatépetl fell in love with Iztaccíhuatl, a king’s daughter, and earned a tentative marriage blessing from the king on the condition that he win a battle against a rival tribe. While the battle delayed the warrior, a rival suitor started a rumor that Popocatépetl had been killed in the battle, and the fair maiden died of a broken heart. Upon finally returning as the victor from the battle, Popocatépetl discovered the fate of his lover and buried her on top of a mountain range that assumed the shape of a sleeping woman in honor of the dead maiden. Grief-stricken, Popocatépetl climbed an adjacent mountain in order to keep eternal watch over his beloved. Today, the depiction of the volcanoes on the Silver Libertad coin still tells the lovers’ story.
1/2 oz Silver fractional Libertad coins are a great way to grow the value of your collection.

Life, Libertads, and the pursuit of happiness!

I really like the half ounce Libertads. Not that I need to explain why, but here's why: It is an attractive design, no doubt about it. Mine came with exceptional detail for a smaller coin. The mintages of the half ounce Libs. are historically small, but I don't know if that is still the case. They are collectable because I collect them. I try to pick up one of the half and 1 oz sizes, it is a very affordable way to accrue silver in the guise of currency. Mint on, Mexico!