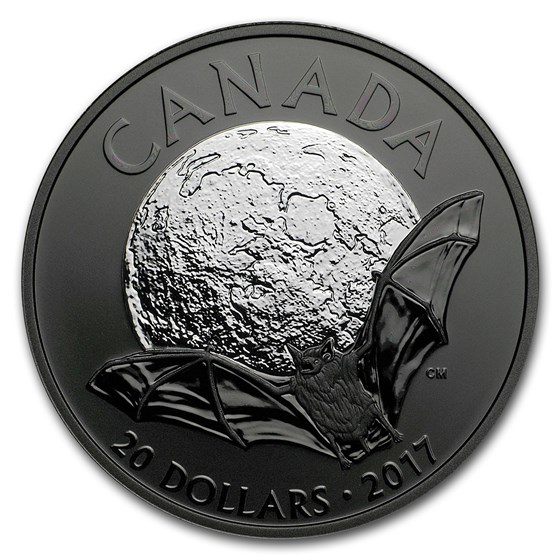 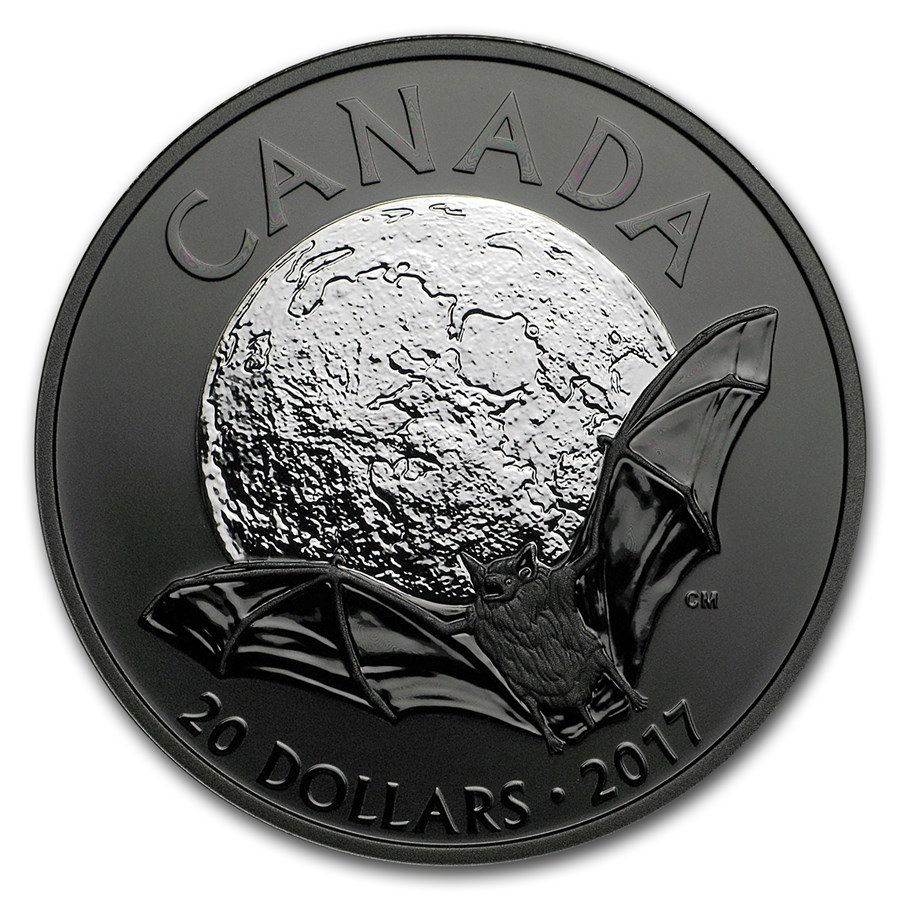 Your purchase will match the quality of the product shown.
Product Details
Product Details
As the second coin in a series featuring selective black rhodium plating, this fine Silver sets the tone for the night scene on the reverse, where moonlight suddenly reveals the bat’s shadowy presence.

From the edge of the Arctic tundra to the Great Lakes, the little brown bat owns the night by using echolocation to locate its insect prey.

The reverse design by Canadian artist Calder Moore brings the viewer face-to-face with the little brown bat. Rhodium plating represents the dark night sky that fills most of the field, save for the full moon that is faithfully engraved at the center. The enhanced shine of the coin’s Silver surface mimics the effect of lunar luminosity in this nocturnal setting, where a little brown bat suddenly makes its presence known overhead. The rhodium-plated hunter appears like a shadowy figure in the night thanks to a matte finish. And with moonlight spilling down across its back and outstretched wings, the bat’s engraved features are faintly visible.

A very beautiful coin, with an unique design.

Just beautiful. I will buy the three other coins in this series.

I was so excited to receive this coin and it did not disappoint! The black bat and sky make the moon shine so bright and the detail is amazing. I hope to see more from this nocturnal collection!