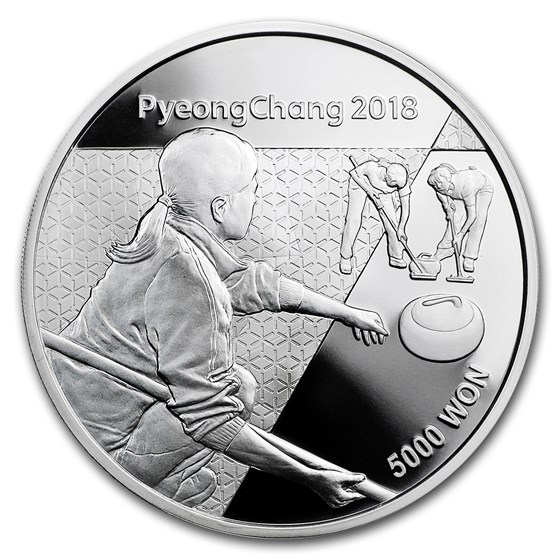 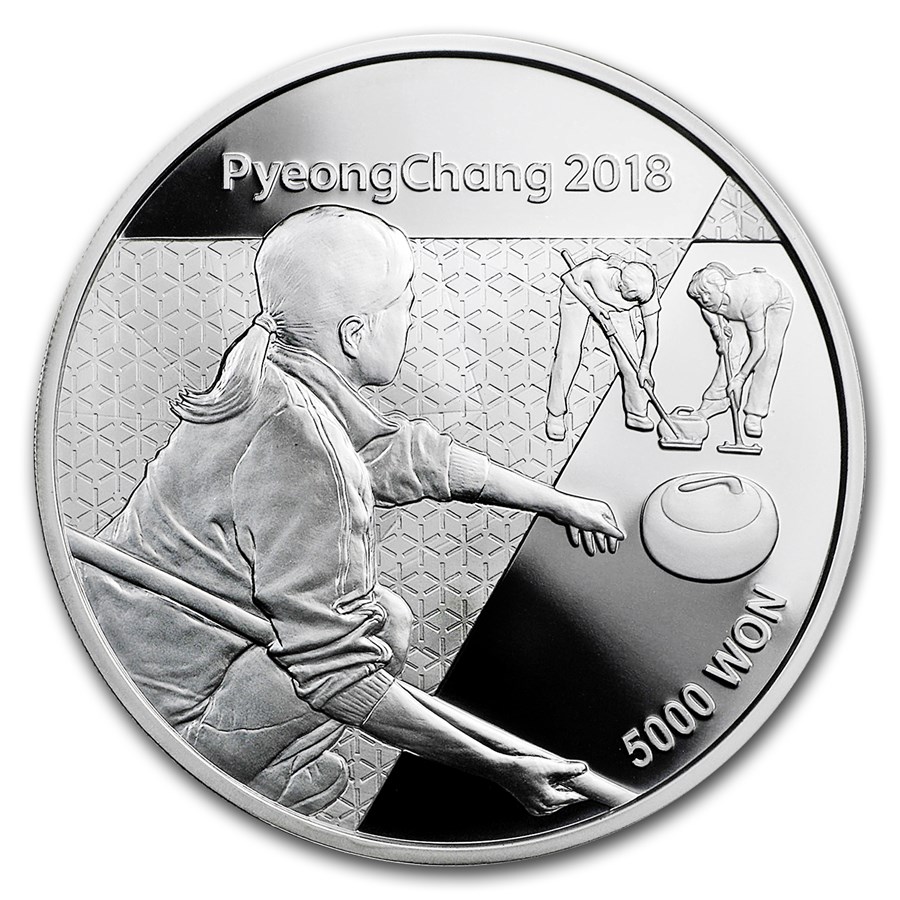 Product Details
Product Details
This coin commemorates the 2018 Winter Olympics in PyeongChang and the Curling event. Each coin is presented in a special gift box.

Curling has an unclear origin but the first recognized Curling Clubs were in late 19th century Scotland. It was during the first Olympic Winter Games in 1924 that the sport took form as an official international competition for men's teams. However, the results of that competition were not considered official by the International Olympic Committee until 2006. The sport saw a gap after 1932 and did not reappear in the Olympic Games until 1988 and 1992 as a demonstration sport. It was not until 1998 that the sport was finally added to the official program. Men's and women's events are contested and a third, mixed doubles, is set to debut in the 2018 Winter Olympics of PyeongChang, South Korea.