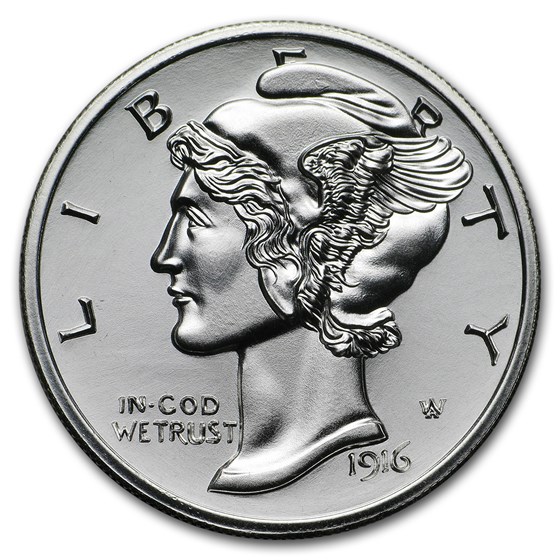 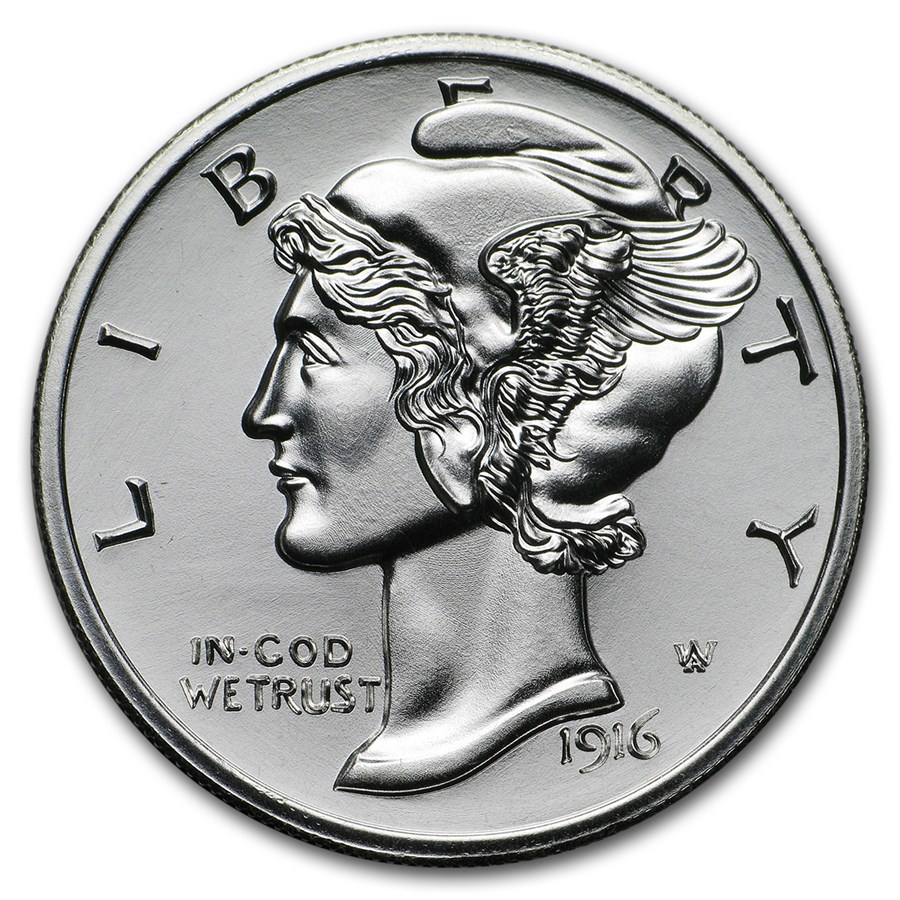 $21.52
As Low As
Product Details
Product Details
This 2 oz Silver round pays tribute to one of the most beautiful and iconic deigns in American coinage, the Winged Liberty, commonly called the Mercury Dime. Rendered as a compliment to the original design in High Relief, Domed Die.

The Mercury dime was a ten-cent coin struck by the United States Mint from 1916 to 1945. Designed by Adolph Weinman and more correctly referred to as the Winged Liberty Head dime, it gained its common name as the obverse depiction of a young Liberty, identifiable by her winged Phrygian cap, was confused with the Roman god Mercury. Weinman is believed to have used Elsie Stevens, the wife of lawyer and poet Wallace Stevens, as a model. The coin's reverse depicts a fasces, symbolizing unity and strength, and an olive branch, signifying peace.

Design is very nice and it feels “sturdy” as a 2 oc coin.

Found a real one of these in common shopping change

As usual excellent condition from APMEX, plan on buying 100 of the realistic size 1/10th Oz.if spot goes down again

a very fine round , just amazing

I just received this 2 oz round and it's just amazing , sitting next to the Queen's beast it just leaps off the round itself. I'm going to order two more it's perfect and flawless. Thank you Apmex !!!!

I was going to buy a roll of 90% silver dimes then I decided to just get 1 big one! Beautiful highly detailed design with concave die so the high relief really pops out. 39mm 2 oz. coins/rounds are some of my favorite due to the size and weight. Will not disappoint and small premium over spot totally worth it. I like to get a few specialty designs that I pay a bit more for and then balance it out with lower premium generic stackers. This 1916 Mercury Dime tribute does the trick.

Very nice looking design. My first 2 ounce coin and feels hefty (in a good way). I like it so much that I’m buying another one!

This is a gorgeous round; I put it right next to my Palladium American Eagle; together they're eye-popping! This is a great addition to anyone's collection. This is beauty personified and it's got some heft to it. Add a plastic air-tite at the right size and you'll have a legacy treasure.