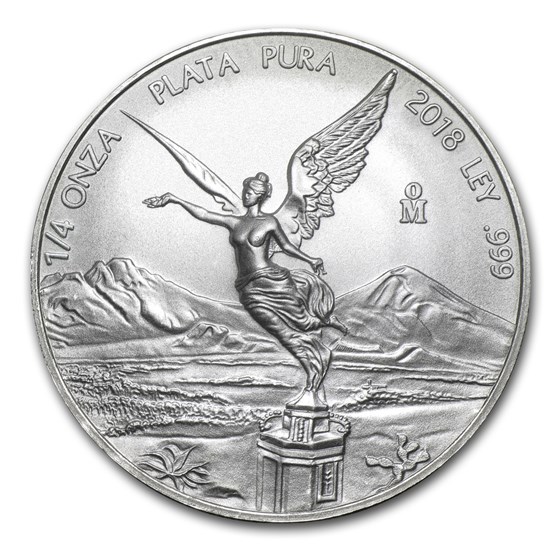 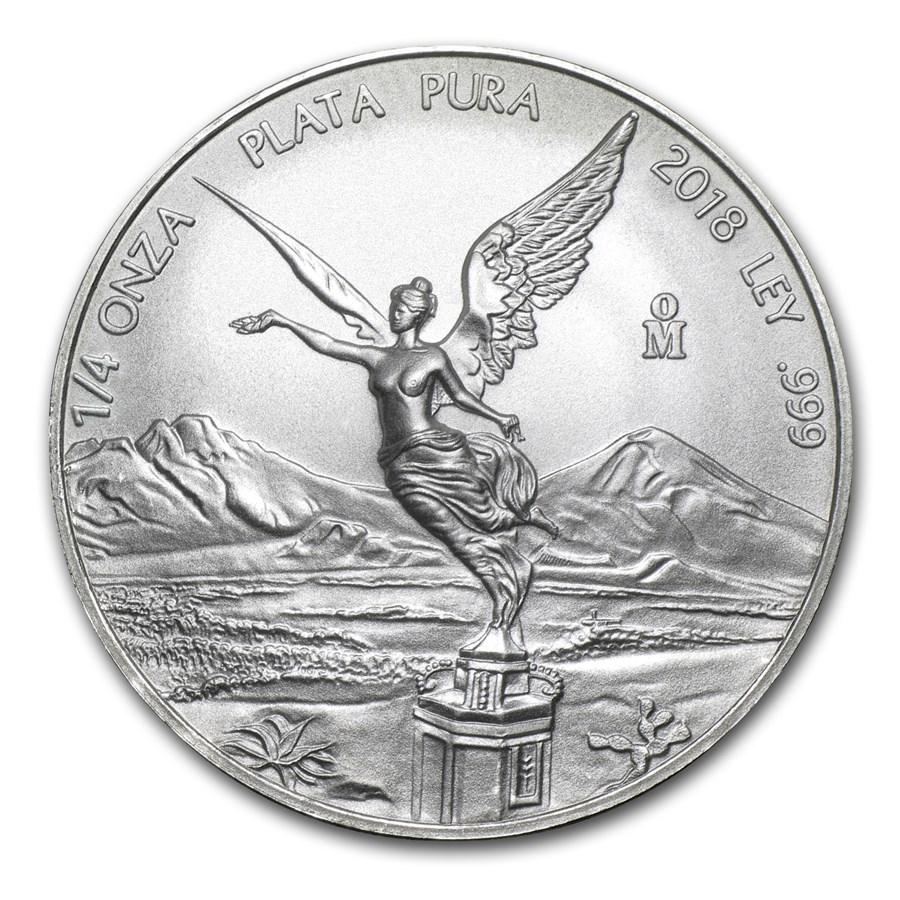 Your purchase is guaranteed to match the quality of the product shown. It will not be this exact item.
Product Details
Product Details
Silver Mexican Libertads are sought after for their exquisite design and extremely low mintages for bullion coins. The typically low mintages can cause premiums to appreciate quickly, making Silver Libertads highly desired among collectors.

Coin Highlights:
Protect your Silver Libertad in style by adding an attractive display box to your order.

This magnificent Brilliant Uncirculated 1/4 oz Silver coin is a popular choice not only because of its attractive design, but also its mintage at Casa de Moneda de México, the oldest mint in North America. Add this 2018 1/4 oz Silver Mexican Libertad coin to your cart today!

Beautiful, high-detail coin. Only complaint is that the premium for the round is greater than the spot price for the metal (at time of purchase).

Great condition and lots of detail for the size of the coin.. Perfect for building your own sets. Thanks