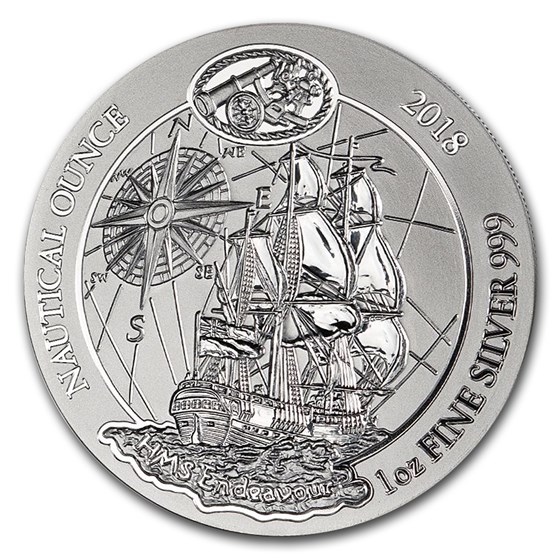 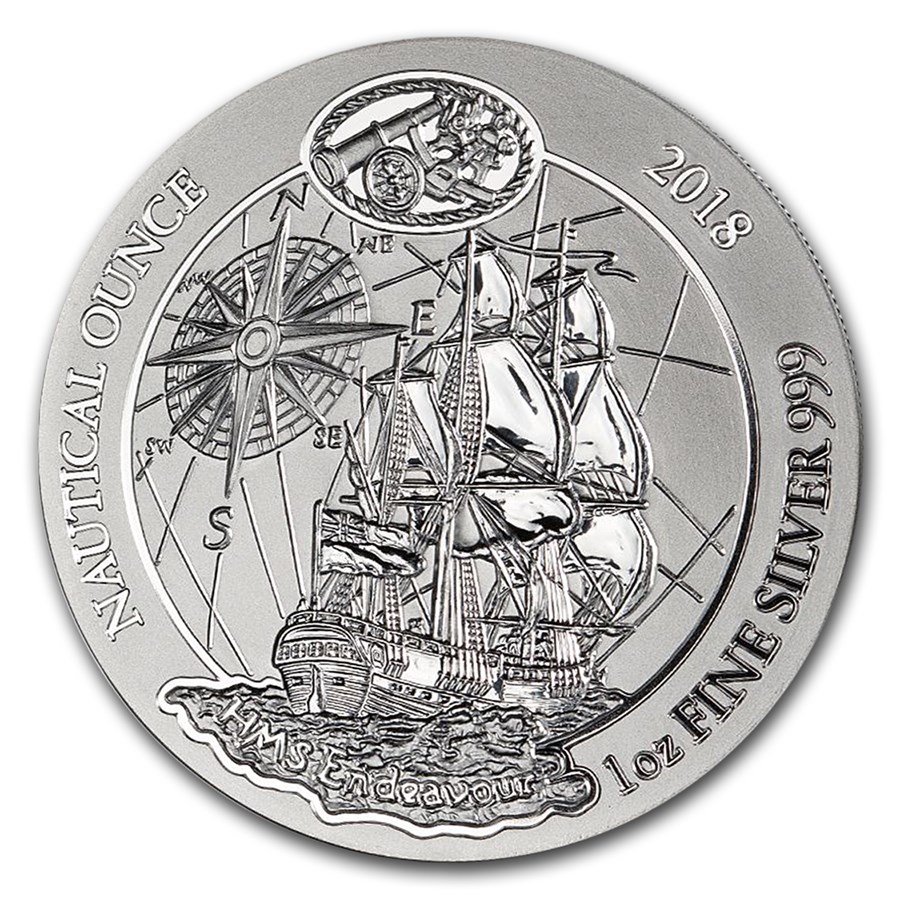 Your purchase will match the quality of the product shown.
Product Details
Product Details
Continuing the great success of the initial release Santa Maria, the Nautical Ounce series continues with the 250th Anniversary of the HMS Endeavour.

The HMS Endeavour was the ship explorer James Cook commanded on his first voyage to Australia and New Zealand from 1769-1771. In April 1770 the HMS Endeavour became the first ship to reach the east coast of Australia. Continuing the voyage to New Zealand, where no European ship arrived since Abel Tasman's Heemskerck 127 years earlier, the Endeavour continued and rounded the Cape of Good Hope on March 13th, 1771 to reach the English port of Dover on July 12th, 1771.

This is the perfect coin for growing any Silver collection. Add this 1 oz Silver Rwanda Nautical Ounce Endeavour coin to your cart today!

The Rwanda African Wildlife, Nautical and Lunar series have been incredibly popular with intricate designs and a history of premium appreciation. Each Silver coin in this series will only struck within a strictly limited minting period (April 2018 - March 2019), making each coin exclusive and ensuring low mintages. Final mintage numbers are currently unknown.

this think looks great. the packaging it comes in doesn't do it justice. you need to take out and get it into a air capsule

I love Both the Obverse and the Reverse nicely done, I like how the Obverse doesn't have the Queen or whatever on it- my only complaint with this coin, and the Santa Maria one is that the name of the ship is hard to read, and they could have done a better job at making it stand out. Other than that, an excellent Bullion coin to add to your collection!

As mentioned in my previous review for the 2017 Nautical, I will definitely be getting the 2018 design. Here I am, buying with no regrets!!

I think this is in my top 3 favorite coins. Very attractive coin!

What a great coin series..

2nd Coin in the Nautical series and Wow it's just as nice as the first! Absolutely stunning coin!

This was the first time i purchased a coin from this series and upon recieving it let me tell you, im hooked (nautical pun intended) as always with APMEX it came in flawless. But even more impressive with the mint packaging was completely air tight. The contrast and fine detail on this coin has made it a head turner to show off. I will definitely be going bact to collect the full set on this one!

I received 3 of these yesterday and they look similar to the Santa Maria but the compass in on the opposite side , a very fine coin.